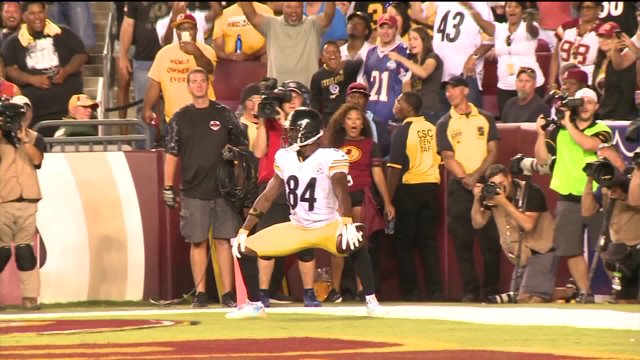 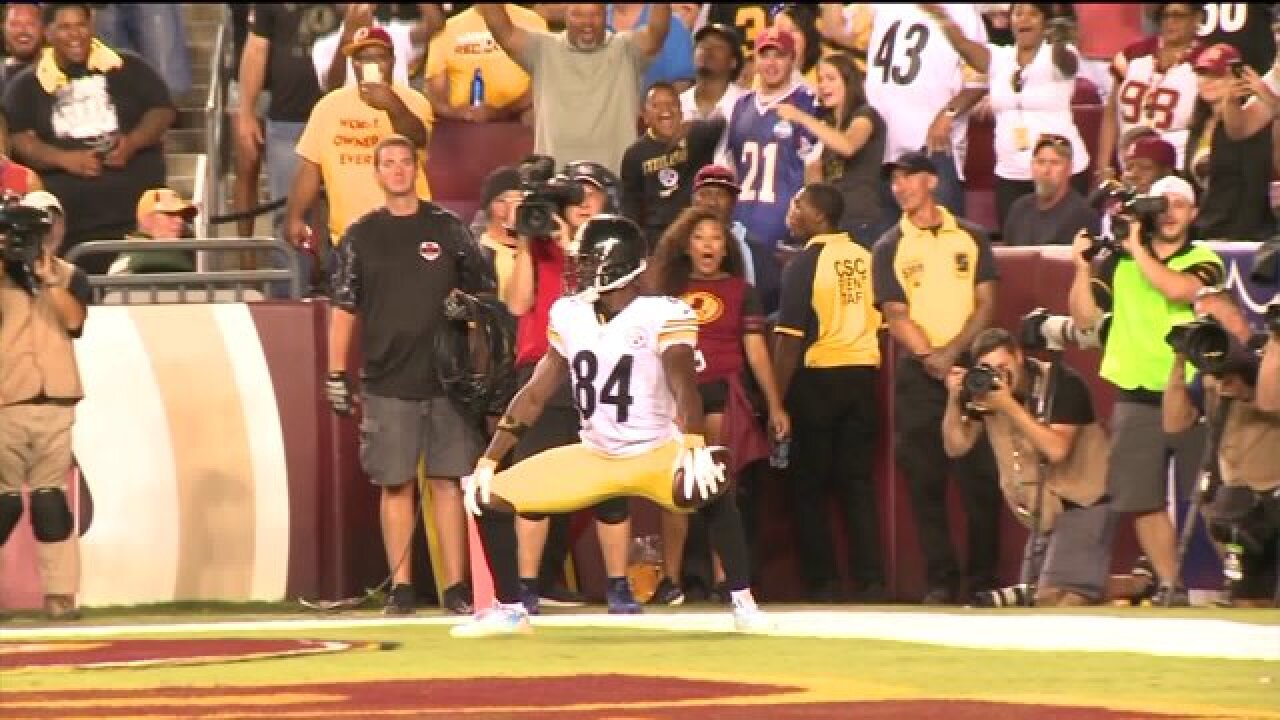 LANDOVER, Maryland -- After an off-season filled with so much promise, the Redskins found the same frustration in their season opener that has plagued them in year's past as they lost at home to the Pittsburgh Steelers 38-16 their fourth straight season-opening loss.

After two Dustin Hopkins field goals gave Washington a 6-0 lead after the first quarter, the Steelers scored the next 24 points. Ben Roethlisberger threw for 288 yards and three touchdowns, two to Antonio Brown who caught 8 passes for 126 yards. Pittsburgh also dominated on the ground, outgaining the Skins in rushing yards 147-55 and holding the ball for 6 1/2 minutes more, including converting on 9 of 14 third down situations and both of their tries on 4th down.

"Third downs, you understand that you have to get off the field" said Redskins defensive lineman Kedrick Golston. "I don't know what our percentage was. It wasn't good enough".

"They (Steelers) took us behind the woodshed today" said cornerback Josh Norman who had 6 tackles and a sideline argument with teammate David Bruton in his Redskins debut. "They had an excellent game plan and exectued it flawlessly".

Part of that game plan was ball control once Pittsburgh established a lead. DeAngelo Williams had 149 yards on the ground and averaged 5.5 yards per carry against a Redskins defense that struggled against the run last year.

"We hold ourselves to high expectations" said Roethlisberger. "We've got guys who can make plays." That includes Brown who did much of his damage against Bashaud Breeland who, nevertheless, held his head high with optimism following the loss:

“He got beat by a great player" said head coach Jay Gruden of Breeland's battles with Brown.  "..by some passes that I don’t know what corner could defend."

The Redskins now have a short week to get ready for next Sunday's home game against the Cowboys.