UR students demonstrate at football game in response rape cases 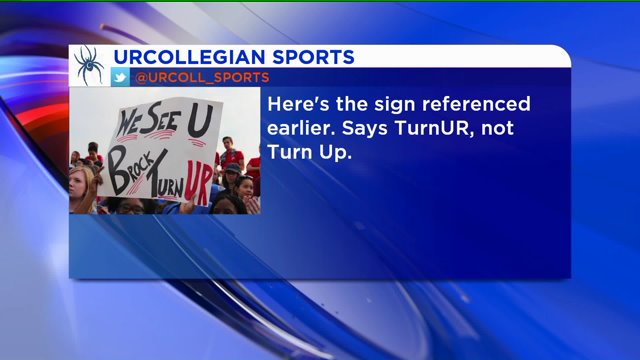 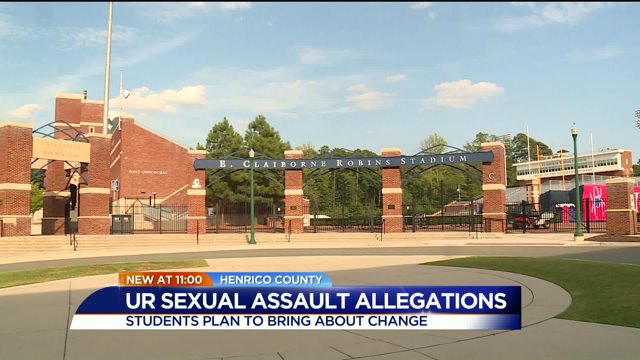 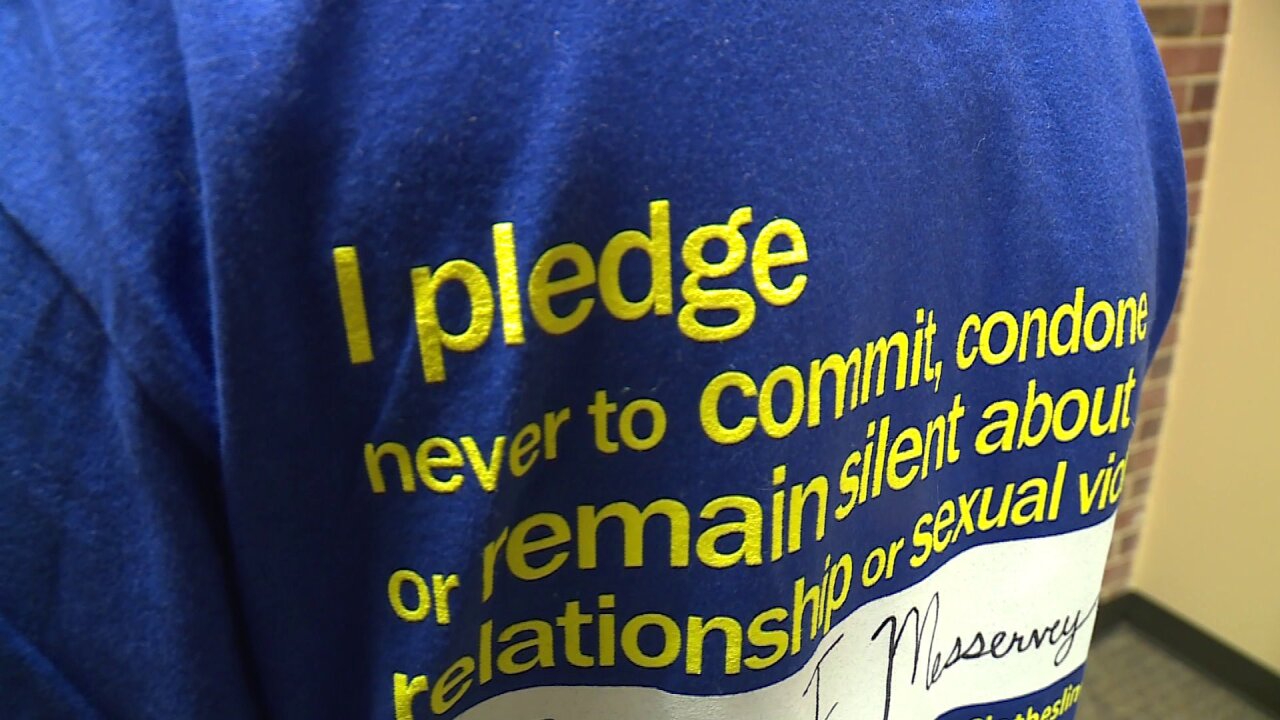 The decision came when students packed in a private meeting they had arranged Friday night about how the university handles sexual assaults.

Earlier this week, Cecilia Carreras first wrote about an alleged assault in the Huffington Post, in which she said the assault happened at an off-campus house in summer 2015.

Friday, student Whitney Ralston also made similar claims that university police and administrators didn't do enough to address the crime after she was allegedly assaulted.

Carreras first published with the proclaimed intent to highlight common cases like the Stanford swimmer, Brock Turner, who was found guilty of rape and who served a half of a six-month sentence for the felony.

“I share with you that Spider Athletics has its own Brock Turner- and there’s no denying it,” she wrote.

The University of Richmond responded to Carreras allegations saying “many of the assertions of fact are inaccurate.” In their statement, they did not deny that the rape occurred. [You can read their entire statement here]

The university then held a campus meeting Thursday night, titled "It Ends Now: A Culture of Shared Responsibility."

During that meeting, dozens of students walked out over a lack of dialogue with administrators.

Many students said they do not believe the school properly addressed allegations made by Carreras and Ralston.

Friday's private meeting was called in response to “It Ends Now.”

The students shut the door on the media to make sure students felt comfortable discussing the uncomfortable topic, but they did allow the student newspaper to Periscope the event on Twitter.

Just a few minutes into the meeting, the growing crowd left the room to find a bigger space down the hall.

One of the women said the school gave preferential treatment to athletes.

“We were not satisfied with the answers that they gave and we didn’t feel like our voices were being heard,” Rennie Harrison, a student, said.

“I think we have a rape culture at the university of Richmond that dismisses people who come forward with these allegations,” Michael Johnson, a student, said.

One of the alleged victim's, Cecilia Carreras, attended the meeting and spoke up numerous times.

At one point she told the group she started crying when she heard they had decided to hold the meeting.

Two big ideas came out of the meeting.

First, to submit a list of demands to the university administration.

Second, to wear blue to Saturday night’s football game in a show of solidarity with sexual assault survivors.

A Richmond football player who attended to the meeting received an applause from those in attendance. The student-athlete agreed to wear blue on behalf of sexual assault survivors during warm ups of Saturday's game.

A football player tucked an "It ends now" shirt into the back of his pants during warmup for today's football game. https://t.co/Ek7GYlGVjR

“At some point in the game, we, hopefully, will show in some way that we stand against the university’s handling of these cases,” Benedict Romer, a student, said.

University of Richmond President Ronald Crutcher sent a letter to students reiterating his commitment to preventing sexual violence. In the letter he said in part:

“I want to reiterate the University’s commitment to the funding of a permanent position dedicated to sexual misconduct education and prevention. We are already in the process of filling that temporarily vacant position and when grant funding expires, institutional resources will sustain the position. Second, I want to be clear that the University responds actively to any report of sexual misconduct and remains committed to a thorough and impartial investigation and hearing process, in which no student receives preferential treatment.”

View this document on Scribd
37.505933 -77.332443
Copyright 2020 Scripps Media, Inc. All rights reserved. This material may not be published, broadcast, rewritten, or redistributed.