HENRICO COUNTY, Va. -- No one was seriously injured in what Henrico firefighters described as an unusual crash.

West End fire crews had to extricate one person from a car after the crash resulted with one vehicle on top of another.

The person who needed to be rescued was taken to the hospital with injuries that police called minor.

The crash was reported Sunday near the intersection of Starling Drive and Weldon Drive, behind Regency Square, in Henrico's West End.

Police have not yet said whether anyone would be charged in this accident. 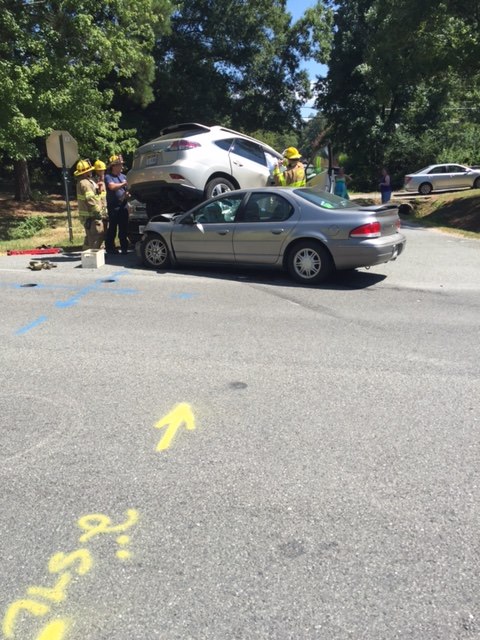