RICHMOND, Va. -- The Virginia Department of Education says the number of students who passed their SOL’s last year is up from 2014-15, but that was not the case in the city of Richmond.

"Our performance is not where we want it to be. It's not where it's expected to be. And it's not acceptable," said Dr. Dana Bedden, Superintendent of Richmond Public schools.

Thursday, Dr. Bedden released a 51 page school progress plan similar to a check list for Principals and teachers on how to reach high bench marks and achieve specific goals.

City schools that saw significant reductions this school year compared to the prior year are the following schools: 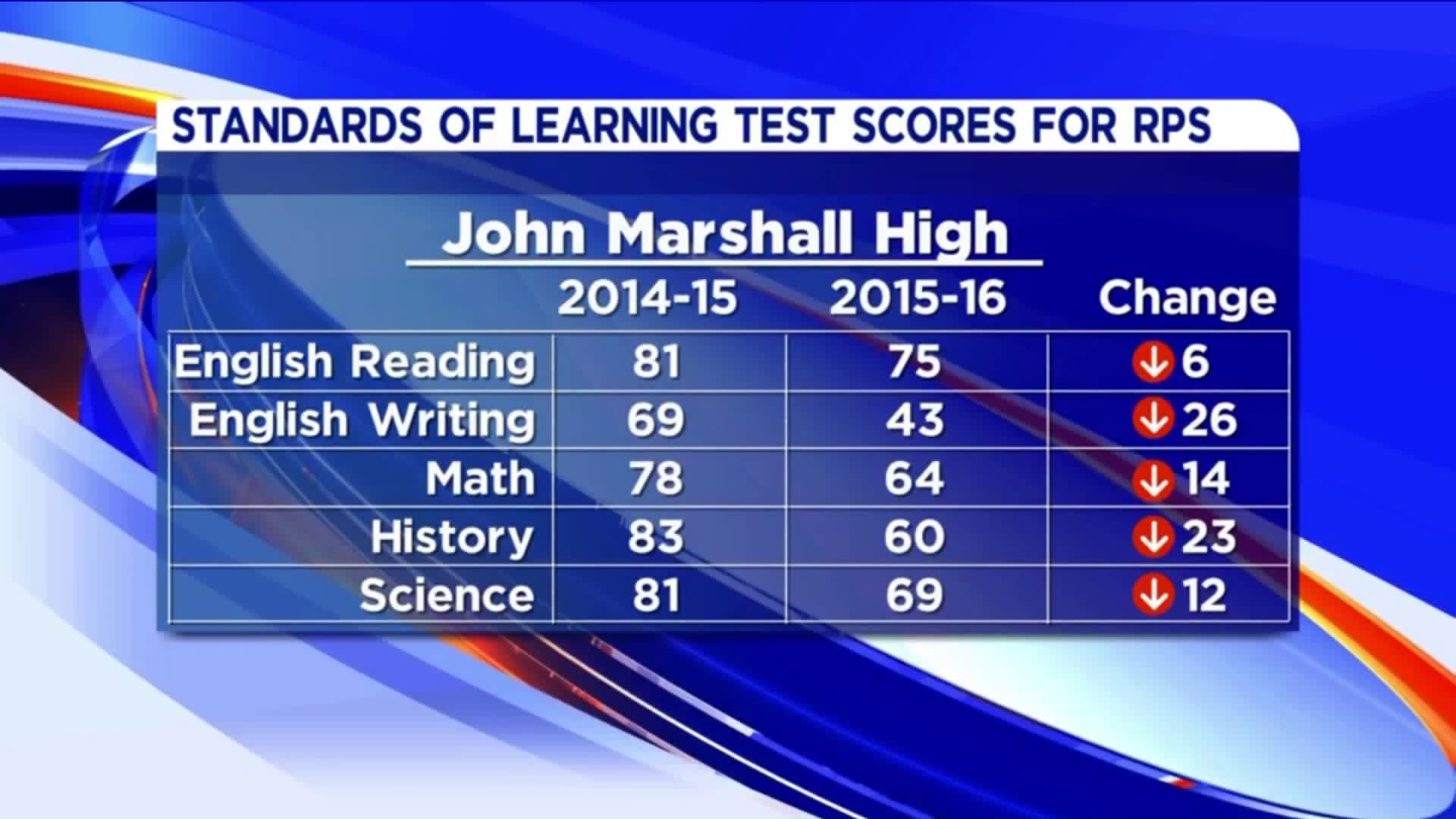 During a roundtable discussion with reporters Thursday, Dr. Bedden listed a number of reasons for the drop including overcrowded schools, aging buildings, and high turnover.

"Nowadays, kids are not taking it serious… Got that mentally that they're going to fail,” Wilford said. “So, they just don't take the test seriously anymore."

Dr. Bedden said he knows the students can do better and he has a plan to improve the scores.

"They somewhere have lost the belief that they can be successful and success shouldn't be measured by some other student," said Dr. Bedden. "We're in the process now of trying to build systems where we can get continuous improvements."

Dr. Bedden said his progress plan will also focus on kids in troubled neighborhoods and professional training for staff, teachers and principals to become better leaders.

The plan will be implemented for the 2015-16 school year and then submitted to the state by October for approval. Once it is approved, it will be released to the public.