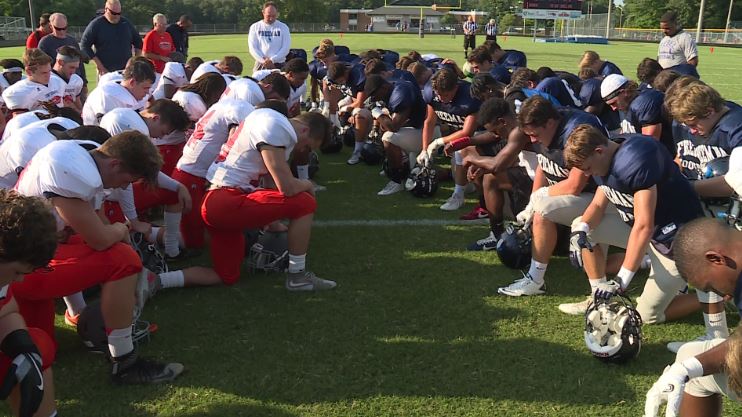 HANOVER COUNTY, Va. — A football scrimmage between Lee-Davis High and Douglas Freeman High Thursday night started with a moment of silence for a fallen student.

Before the scrimmage, the two teams took a knee in the middle of the field and held a moment of silence in honor of the 16-year-old.

Frank was killed when his car ran off the road and hit a tree on Westham Parkway, just north of Pinetree Road in Henrico County’s West End.

The accident was less than two weeks ago on August 6.

Dylan Ballard, 17, along with Lee-Davis graduate, Elliott Hinton, were killed in a single-vehicle accident on April 23.

Police believe alcohol was a factor in both accidents.