Cows in a boat: ‘Cajun Navy’ to the rescue in Louisiana flooding 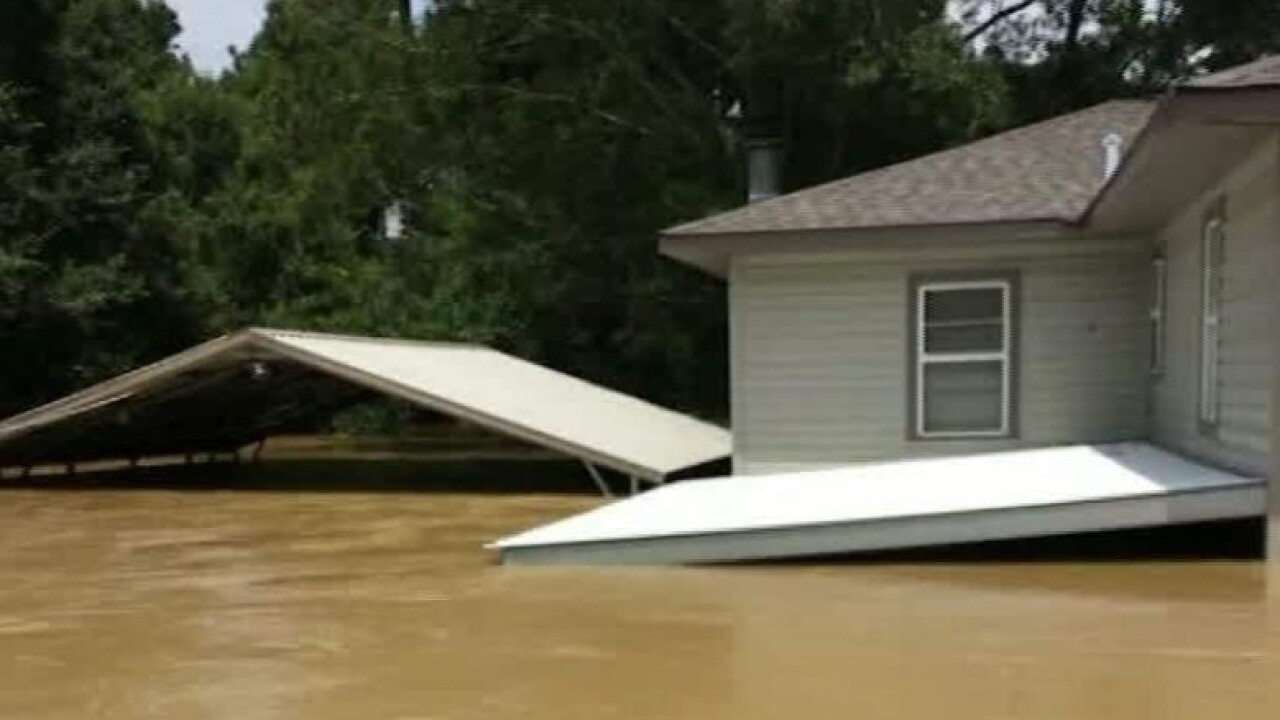 They’re known as the “Cajun Navy,” and in recent days they’ve become possibly the nation’s most important neighborhood watch.

He drove to East Baton Rouge Parish where the National Guard had a staging area.

They paired him with a local man and the two spent a full day pulling people — at least two of them in wheelchairs — out of flooded houses.

At one point Green recalled having nine people, a cat and two dogs aboard. He had to return the next day to get a lady’s pet bird.

“People were brokenhearted. You could see it,” he told CNN. “You couldn’t put a smile on their face.”

The devastation, he said, was overwhelming.

‘Trying to wake people up’

Steve Spell set out to do what he could in his village of Springfield, in Livingston Parish, one of the hardest-hit areas.

His Warsaw Marina neighborhood was cut off from the outside world, and his neighbors had formed an emergency camp on a remaining section of dry ground.

Spell made a series of trips to check on neighbors and found one elderly woman wading through her kitchen, where she had several dogs in portable pet cages.

“I’ve been coming back and forth to check on animals and deliver food and water,” he said. “It’s not the safest area to be in at all.”

Terry Felder said he barely made it out of his neighborhood in Denham Springs, east of Baton Rouge. He awoke the morning of the flood and stepped outside to see water rising, quickly. The road outside his house was rapidly becoming a river.

He didn’t return to shut the front door of his home. He just made for his vehicle.

“I immediately jumped in and took off, and started blowing the horn right there; and I just leaned on the horn all the way,” he told CNN. “Stopped in front of all the houses, blowing the horn, trying to wake people up.

“It woke people up, but it was too late for them. Most of these people were in their beds sleeping.”

Tens of thousands were forced to abandon their homes and virtually all their belongings.

Some didn’t escape in time. At least 11 have died in the flooding, Gov. John Bel Edwards said Tuesday.

Officials from various parishes had put the death toll Monday night at nine, including some swept away in cars on flooded streets. The reason for the conflicting death tolls was not immediately clear.

Because this flooding was not spawned by a named storm or hurricane, Edwards called the deluge “historic” and “unprecedented.”

More than 20 inches of rain have pummeled Baton Rouge since last week, and more is on the way, forecasters said. Scattered showers and thunderstorms are expected to continue through the week.

The Coast Guard and other first responders scrambled to rescue more than 20,000 people and 1,000 pets.

Civilians also doubled as rescuers. David Phung pulled a woman and her dog from her car after it had plunged underwater.

Jessica May and her family were among those rescued. After getting ferried away on a boat, she said, they walked on a flooded interstate in hopes of finding drier ground.

“Good God the water wasn’t high” on the interstate, she said. “My kids were able to walk through the water.”

It wasn’t just the living that endured the deluge. The flooding appeared to wash out at least one casket from its grave site as seen in a photo taken in Baton Rouge.

At least 40,000 homes have sustained at least some damage, Edwards said. And many residents don’t have flood insurance.

“We are going to need volunteers to get mud out of homes,” Edwards said Tuesday. “Not everyone can do this on their own.”

Officials asked anyone interested in helping to visit VolunteerLouisiana.gov.

So far, President Barack Obama has granted the governor’s request for an emergency declaration in 12 parishes, Edwards said Tuesday.

The Louisiana National Guard has mobilized 1,700 soldiers to help with search and rescue efforts, and military police are assisting local law enforcement with security.

But search efforts and security aren’t the only concerns.

The Centers for Disease Control and Prevention’s Ben Beard said experts will be monitoring the situation, but generally, the agency is not concerned about floods triggering the spread of the Zika virus.

Mosquitoes that transmit diseases are killed by the same rains that cause the flooding, experts say. Large rain events can actually reduce the number of disease-transmitting mosquitoes.

East Baton Rouge Sheriff’s deputies arrested four men on allegations of looting, the sheriff’s office said. Detectives in rescue vehicles spotted one of the men walking from a store Monday night to a vehicle containing the other three men. Detectives found goods valued at $750 in the vehicle, officials said.

Over the last 24 hours, about 10 people have been arrested for looting in the parish, the office said.

On Tuesday night, Sheriff Sid Gautreaux announced a curfew in the parish between 10 p.m. CT and 7 a.m. CT.

‘She just breaks down and cries’

“We’re praying it stops where it is,” said Kelly’s neighbor, Jenny Ragland, whose home on a ridge was spared similar damage.

Neighbor Toni Denova just bought new furniture, but she’s not worried about it. All she wants is to preserve her family photographs against the rising floodwater.

“I have a boxful of pictures in my garage that I hope get saved. That’s all I really care about,” she said.