Friends of the victim have been showing up at the crash scene Saturday and Sunday trying to come to grips with the tragedy.

A makeshift memorial now marks the sport where Frank, No. 33 on the football team, died.

Sam Murphy, who played alongside Woolwine on the field, remembered his teammate as a fun-loving, goofy guy who was a great athlete, student and friend.

"He was always joking around with everybody,” Murphy said. “He was fun all the time, but he knew how to be serious when he needed to be." 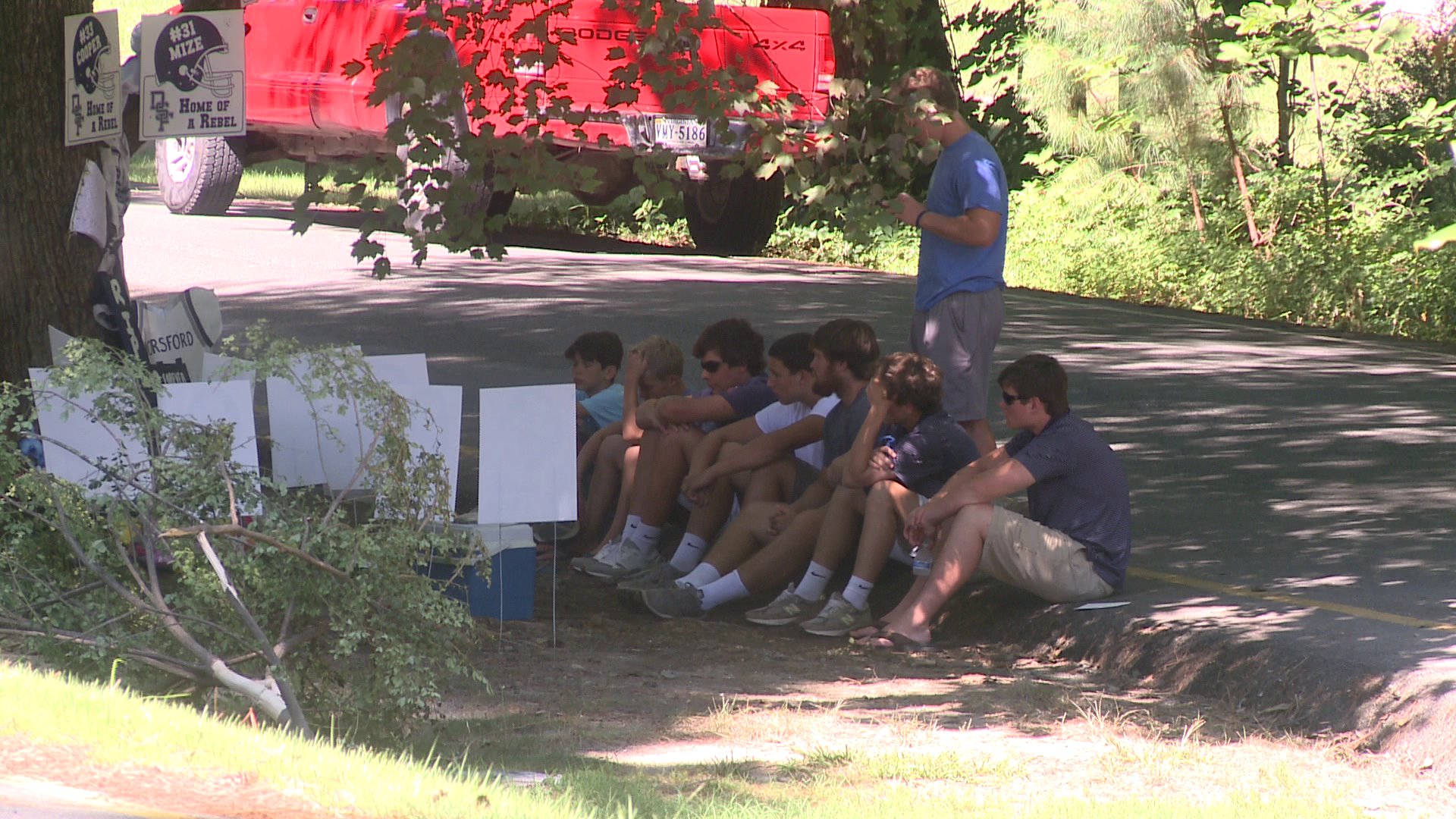 Caroline Akers, another of Woolwine’s friends, said she could not believe he is gone.

"It still hasn't really set in for me that he's not here," Akers said.

Murphy said the first morning without his friend was difficult.

"The first morning after, it was haunting,” Murphy said. “Now people have been getting together and share memories. People have been reposting things on social media about him. Our high school and community definitely comes together when things like this happen.”

Fellow high school students continued to show up to the accident scene Sunday to honor their friend.

"He was a funny kid. Always inviting [and] always had a smile on his face,” Akers remembered. ”And always willing to meet new people and try new things. Just a good spirit to be around."

Police said speed was a factor in the wreck, which remains under investigation.