1 injured after fire breaks out in apartment kitchen

HENRICO COUNTY, Va. -- One person was rushed to the hospital after a fire broke out in the kitchen of a West End apartment Sunday afternoon.

Firefighters were dispatched to Gateway Apartments in the 40 Block of Starling Drive off Quioccasin Road just before 3:40 p.m.

When crews arrived within three minutes, they spotted smoke billowing from the second-floor of the apartment.

Firefighters quickly searched to make sure everyone had evacuated the apartment.

"Due to their quick action, the fire was contained to the apartment of origin and did not spread to other occupancies," Lt. Shawn Williams with Henrico County Division of Fire said. "The occupants of the affected apartment will be displaced, at this time we have no timeframe for how long or which assistance services they may utilize. Cause of the fire was food being prepared by the occupants."

Firefighters had the blaze marked under control at 4 p.m.

One resident was transported to VCU Medical Center. There has been no word on their condition. 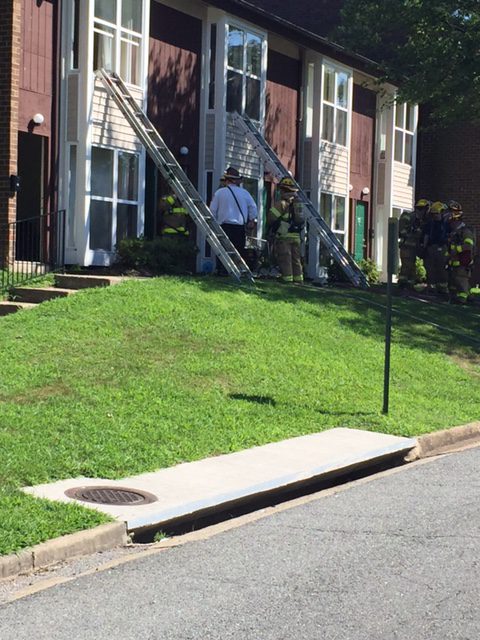