CHESTERFIELD COUNTY, Va. -- After a month of violence of against police officers across the county, people across Central Virginia have reacted with kindness.

Some say tensions between law enforcement and the public are at an all-time high, but some Chesterfield County children are offering their thanks with a simple piece of candy.

"We give them Lifesavers cause they're life savers," said Meaghan Baldwin.

Children from Webber Memorial Baptist Church gave every Chesterfield Police officer as a token of their appreciation for the sacrifice they make on a daily basis. 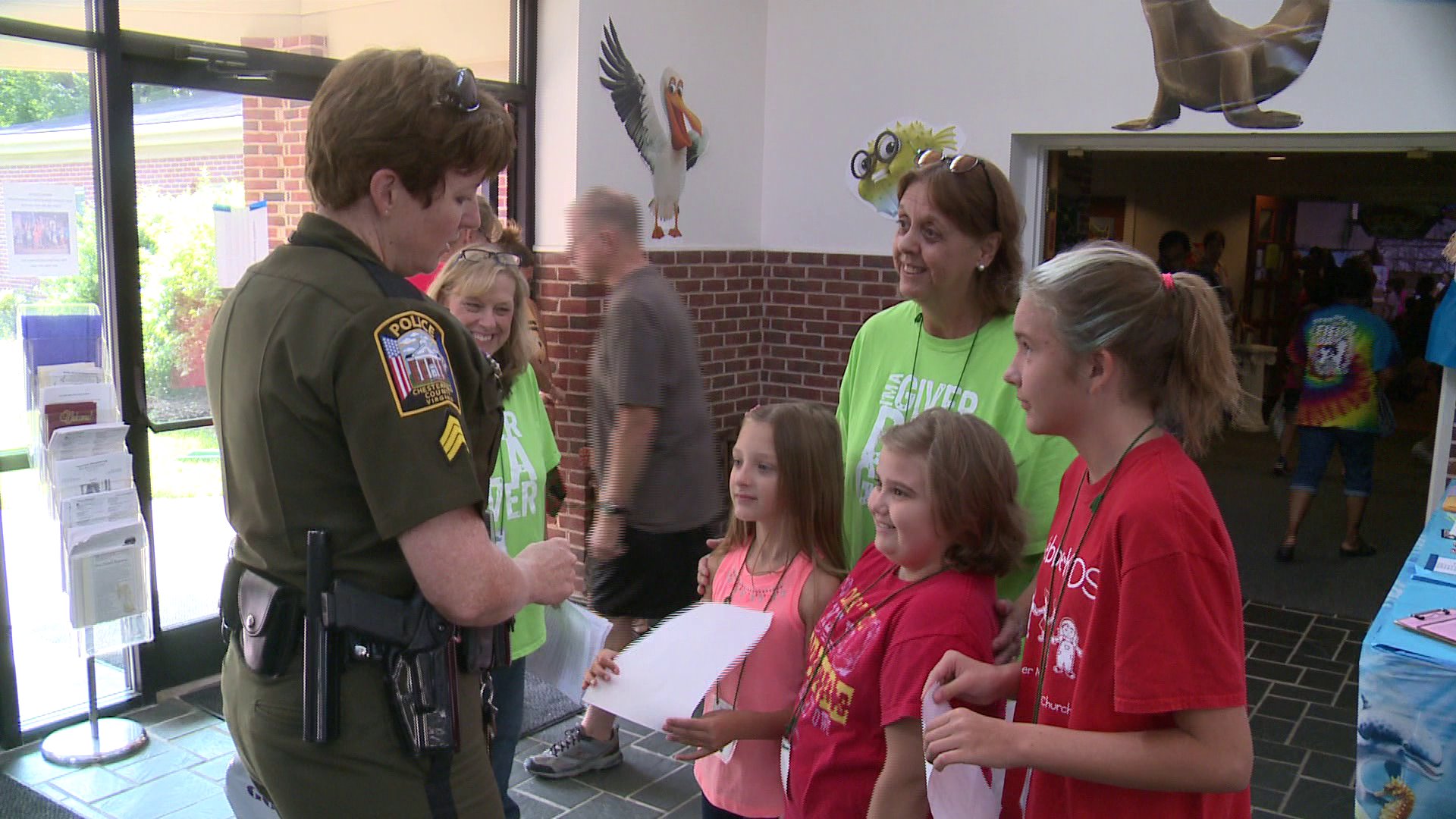 "There's like a note that says, Thank You, you are a life saver," added Kaylis Lowry of Webber Memorial Baptist Church.

"Well it just reminds us that we do work in a fabulous community that really does care about us and that this is the majority, the people that are really for good," said Chesterfield Police Sgt. Layne Hellerstedt.

Across Central Virginia, both police officers and sheriff's deputies have been reminded people care by the actions they're taking.

"Especially when it’s from someone that's younger, or someone that's living in a neighborhood that's always not quite as nice,” said Darrington. “Just hearing them say hello and be able to wave back, just makes you want to smile."

Law enforcement officers say it's the children who are helping make a difference during a difficult time.

"The things that really hit home is when the kids bring in hand written pictures and cards and home made things like that," Henrico Police Lt. Chris Eley said.

Most local law enforcement in Central Virginia say they believe their relationship with the people they serve and protect is strong.

“It shows we have, overwhelming we have our community support,” said Colonial Heights Police Sgt. Rob Ruxer. “There's going to be some nay-sayers out there as always, but the majority of the community does support the Police."