RICHMOND, Va. -- A Richmond teenager arrested after she hit and killed a man, who was mowing a lawn, while eluding police Friday in Newport News is facing serious charges.

The 17-year-old, whose name is not being released because she is a juvenile, was charged with felony homicide, hit-and-run, evading and eluding police and operating a motor vehicle with no driver's license.

Police confirmed the teen had has active warrants out for her arrest in Henrico County. She was also considered an active runaway.

Police are not releasing the girl's identity since she is a juvenile, but they tell News 3 she is being held in secure detention.

The incident started around 3:30 p.m., when police made a traffic stop on a white Ford Expedition at the intersection of Tyner Road and Richneck Road in Newport News, WTVR sister station WTKR reports.

During the stop, police served a warrant to the driver, Shawn Collier, 34, of Richmond.

Collier was taken into custody without incident.

While the male was being taken into custody, the teen passenger got into the driver’s seat and drove away. Police said they did not know she was inside the vehicle and did they did not pursue a chase for the fleeing teen.

Shortly after, the teen hit and killed a 43-year-old man who was mowing a lawn in the 900 block of Red Oak Circle. The victim has been identified as Arnold Coates. 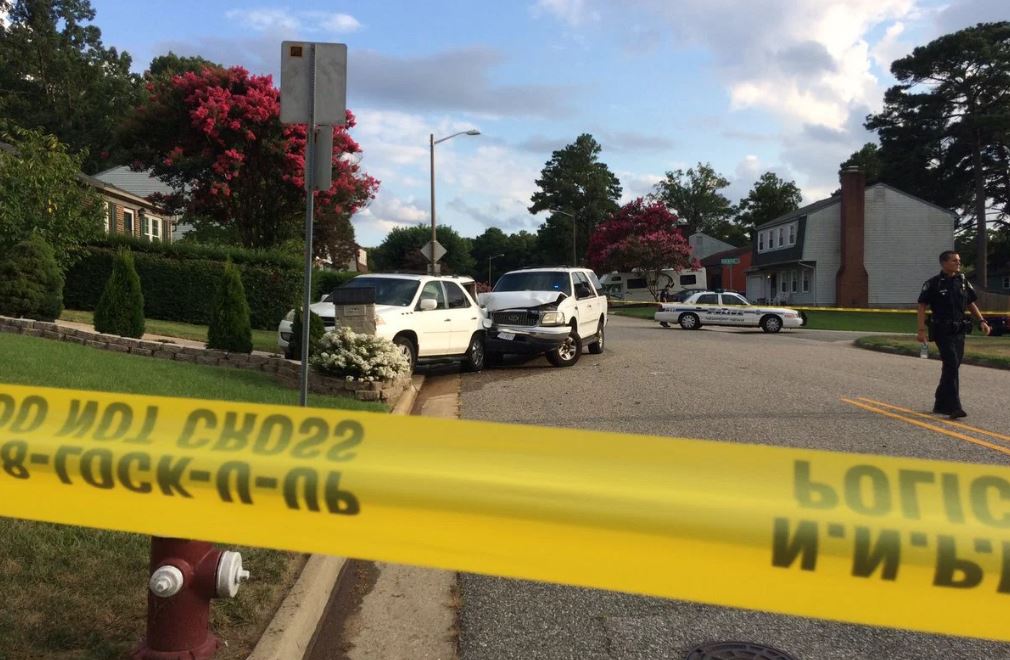 Police said the teen then hit a nearby parked vehicle before coming to a stop.

After the crash, the teen called a relative who told her to turn herself in to police, which she did. Charges are pending.

A neighbor who witnessed the incident said he couldn't believe what was happening.

"He was cutting grass he was coming toward me and before I could really process what was going on, she runs over him, lawn mower and all," said Peter Chandler. "I was just like wow and everything else went in slow motion."

“You never know what’s going to happen. My best friend was just mowing his grass,” he said.

In June, a warrant for Collier’s arrest was issued in Chesterfield for revocation of suspended sentence, which is a felony.

Court records indicate the Richmond warrant is related to a violation of probation stemming from a crack cocaine possession guilty plea in 2014.

Collier has been charged with driving on a suspended/revoked license in connection to Friday’s traffic stop, according to the Newport News Sheriff’s Office inmate records.