RICHMOND, Va. -- Monument Avenue resident Tom Schaaf had one of those "gotcha!" moments when he got up Monday morning to find out that five churches around his home in the 1800 block had been tagged by a graffiti vandal.

"It was a great moment," Schaaf said.

Not because of the crime - that broke his heart and left him feeling the whole neighborhood had been violated.

No, he was happy because his alley security cameras clearly showed the vandal at work.

"I really caught somebody in the act of doing a crime," he said. "And one I specifically thought I would want to stop with the cameras." 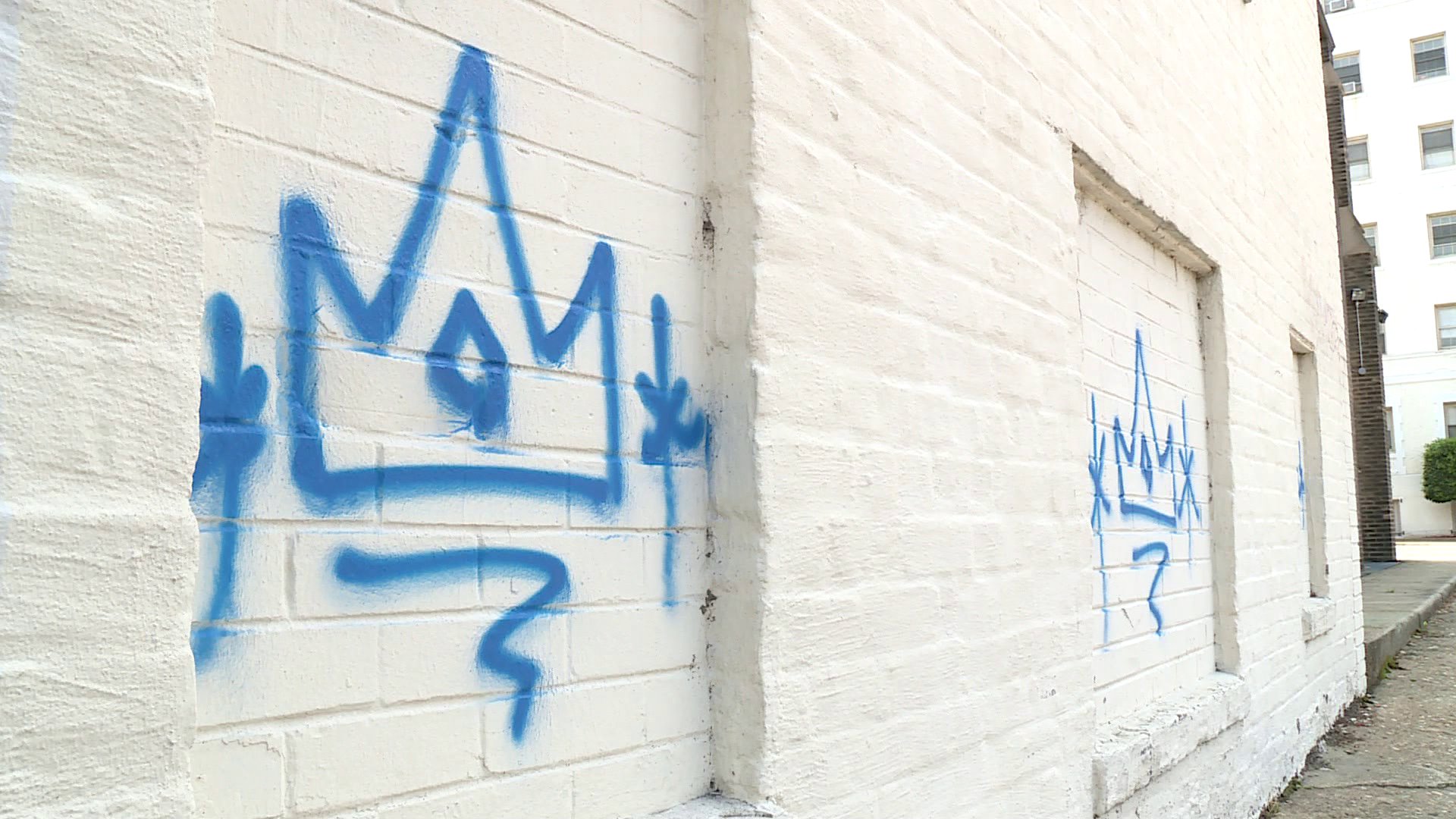 Graffiti is all too common in the Fan - and on the rise, police say.

But this particular Monument Ave. alley is one of the worst. Property owners paint over it and the vandals are right back at it. It's why Schaaf installed the cameras and security lights in the alley.

The young man spraying on candid camera has a tag with a crown and the word "shred" or "greasy."

Dozens of them were sprayed on the churches and in the alley at about 3:15 a.m. Monday.

What takes just seconds to put on can take hours to take off.

Richmond police have released Schaaf's images in the hopes of catching the vandal.

Watch our video report to see the vandal in action and why Schaaf was happy with his images.

"I realized I had a great shot of him," he said. "And I felt very good I was going to give the police an opportunity to find him."

Graffiti is like a virus, he said. Once it's sprayed on a wall, it invites more.

Lights and cameras are great antiseptics, he said.

Police said there are multiple instances of the vandal’s work, but only two have been reported.

The two reported instances include:

At approximately 8:45 p.m. on Friday, July 22, police were called to the 1200 block of West Franklin Street for a report of vandalism. Graffiti was found on multiple locations of a church.

Shortly before 5:30 p.m. on Saturday, July 23, police were called to the 1600 block of Monument Avenue for a report of vandalism at a church.

Tags have also been found on Grace Street and Robinson Street.

According to a RPD press release:

"Richmond detectives are seeking white male who is approximately 18-22 years old for graffiti vandalism. According to detectives, he is active and does frequently tag in the Fan area.

Anyone with any information about this incident or this individual is asked to call Third Precinct Detective Hawkins Wortham at (804) 646-1940 or Crime Stoppers at 780-1000. Citizens can also text Crime Stoppers at 274637, using the key word “ITip” followed by your tip or submit a tip online atwww.7801000.com."