The 23-years-old was killed when on on March 2, 2009 his vehicle was struck by a grenade in Iraq. He was just 15 days away from completing his second 15-month tour of duty.

In fact, officials said he wrote home to organize a shipment of soccer balls after he saw Iraqi children playing the game with deflated balls or empty soda bottles.

When the balls arrived, he got on the field and joined in with anyone playing.

“We are proud that we can recognize Jeffrey’s sacrifice and his love for soccer by naming this field in his name,” Steve Elswick, chairman of the Chesterfield County Board of Supervisors, said. “It is a fitting memorial both to his love of the game and his commitment to helping children.”

Reed joined the Army as a military police officer after graduating high school in 2004. He deployed in support of Operation Iraqi Freedom in January of 2008. 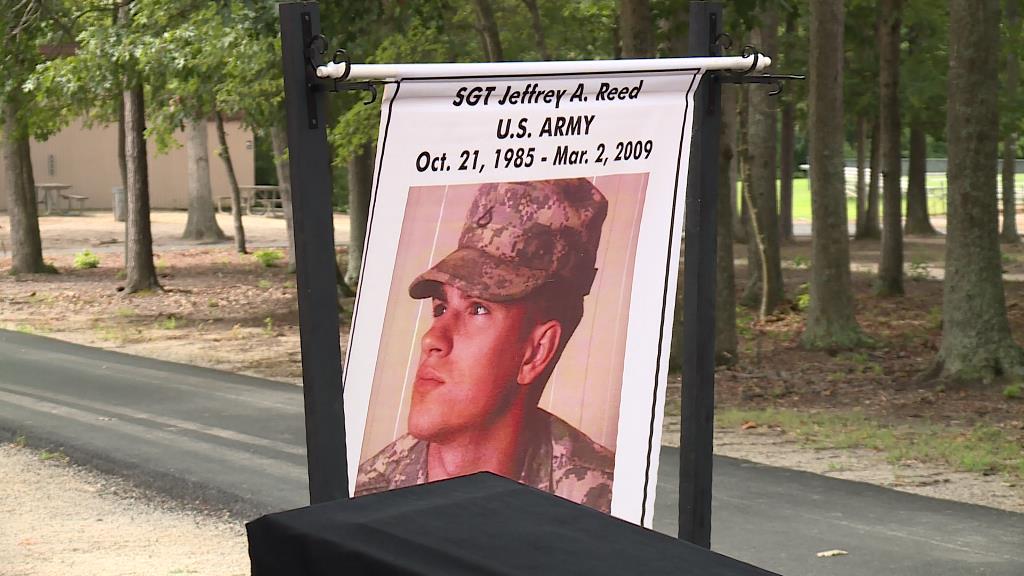