A new 21st Century map of the human brain contains 180 distinct areas in each hemisphere, including 97 previously undiscovered territories, research published Wednesday in the journal Nature revealed. It’s not quite Google Maps, but the new optic still provides the most detailed understanding of the cerebral cortex to date, based on the freshest data from the latest technologies.

The new map “is a major revision and updating” of previous maps” said David Van Essen, senior author of the study. “Most of the new areas are in regions we associate with higher cognitive function,” he said.

This is version 1.0, and as new data comes in, there will be revisions, said Dr. Greg Farber, director of technology development at the National Institute of Mental Health, echoing the authors of the research. 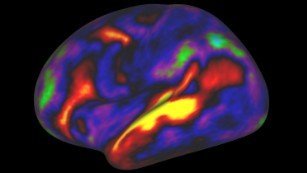 “You know what maps of the world looked like in 1500 and you know what they look like in 1950? I think in terms of resolution and quality, we moved from 1500 to 1950,” said Farber. In time, he said, we’ll get better definition, but he would be “very surprised” to see major changes to this new “parcellation” as Van Essen refers to it.

“This is going to give us more insight into the brain,” said CNN Chief Medical Correspondent Dr. Sanjay Gupta, who is also a practicing neurosurgeon. He added the idea of a complete cortical map has been thought about “as far back as I can remember.”

How did they do it?

To create the colorful map, “We brought together a variety of methodological improvements,” explained Matthew Glasser, first author and a doctoral student in neuroscience.

First, they dipped into the wealth of data gathered by the sophisticated technologies employed in the Human Connectome Project, a National Institutes of Health initiative.

This is a key reason the map is more precise than previous versions — the team began with finer-grain detail than available in the past, including brain images collected from 210 healthy young adult participants in the NIH project.

Next, instead of focusing on just one biological property of the brain — architecture, function, connectivity or topography — the researchers combined all four criteria to draw border lines around each “country” within the cortex.

Finally, the team took in the brain’s entire breadth, unlike neuroscientists of past generations who looked at only part of the cerebral cortex.

Yet developing an actual map required more than gathering data. Imagine superimposing photos of 210 unique bodies. Though the many different bodies would never line up perfectly, a rough picture of the human form would emerge — you would still see the separate features of arms and legs, eyes and ears.

Similarly, the team compared all 210 brains. Seeing an area of unusual thickness of myelin (insulation for nerve cells) or a hotspot of connection activity, they would align all the brains according to that feature. Eventually, a picture of the “typical” brain appeared.

The key to each of us rests within our skulls. Our brains contain both history and identity — our most intimate memories from the past live, unseen, beside our future hopes and dreams.

The cerebral cortex is an outer layer of brain tissue. Its surface area is pizza-sized, but it has been crumpled to fit inside the skull and the result is the brain’s most distinctive feature — the many folds and wrinkles. Roughly 20 billion of the brain’s total 100 billion neurons reside in the cerebral cortex.

Brain cells communicate based on how they are wired together. Technology does not yet allow us to trace every instance of individual neurons speaking to each other, but it is possible to untangle the connections between regions, which reveals how the brain processes information. The result is nothing short of what we see, feel, think and remember.

Naturally, creating an accurate map of the cortex has been the holy grail for many a neuroscientist.

The new map identifies 180 areas for each hemisphere, including 97 new territories along with 83 previously known regions. Each area has been defined based on the fact that they are “similar within themselves, but different from their neighbors,” explained Glasser. Each has a unique microstructural architecture (including thickness of the cortex), plus a unique pattern of activity and connectivity with other brain areas.

“Think of each brain area as having a unique fingerprint to it,” said Glasser.

The newly identified areas mainly reside in regions of higher cognitive function, Van Essen explained. A dozen distinct cortical areas, for instance, have been identified within the area known as the dorsolateral prefrontal cortex, which is involved in planning, working memory and abstract thinking, among other functions.

They also discovered some areas with atypical “topological” structure from person to person. For example, area 55b “is an island of language processing snuggled in between regions with completely different functions,” said Van Essen, who is co-principal investigator of the NIH’s connectome project. Long overlooked, it is small and easily buried in the noise of signaling between other regions.

“We have started, but by no means finished, our characterization about what is different about these new areas,” said Van Essen. He explained the map provides a framework but more research needs to be done to understand both circuitry and meaning.

Finally, perhaps as important as the map itself, the team created a “classifier” to recognize the cortical areas in any brain studied. The classifier — a computer program, Glasser explained — can be compared to post office-designed software which is able to recognize individual letters of the alphabet across many different people’s handwriting in order to read addresses and sort mail.

The machine-learning classifier can identify the unique architecture, function, and pattern of connections of each region and “then it goes to new subjects and it can find that ‘fingerprint’ and that’s how it identifies the areas,” said Glasser.

Their experiments showed the machine-learning classifier could detect nearly 97% of the areas in new subjects, even in instances where someone had atypical or unique brain structures.

How the map will be used

Going forward, practical uses include the brain map becoming a tool for learning and teaching neurosurgery residents, and even planning operations, said Gupta, though the differences between people, slight though they may be, would still necessitate surgeons performing their own tests while planning brain operations.

Farber believes the map suggests that “sooner, rather than later,” doctors will be able to take an MRI of a person and say “you have autism” or “you are addicted to cigarettes.” In other words, thanks to the new schematic, increasingly sophisticated technologies should shortly be able to diagnose brain disorders.

“We think the field as a whole will start framing and formulating new questions based on the map,” said Van Essen.