RICHMOND, Va. – The expression “it takes a village to raise a child” has taken root locally as a coalition works to build a better Richmond Public School system.

The group “Building a Better RPS” has extreme makeovers planned for all 47 city schools, and is raising money through various events to fund the Clean & Fix projects.

At 9 a.m. Wednesday, ahead of summer’s sweltering intensity, 65 volunteers gathered at John Marshall High School. Inside the 56-year-old school, ceiling tiles and fluorescent lights were replaced. Outside, volunteers took care of landscaping needs; weeding and spreading over eight loads of mulch.

When Scott Garnett -- a realtor with two kids in RPS -- and the other board members sat down with the administration to discuss how they could make the most change, they were told to focus on the outside.

“They said one of the best things we could do was to make a visible change,” Garnett said. “It sets the tone right away.” 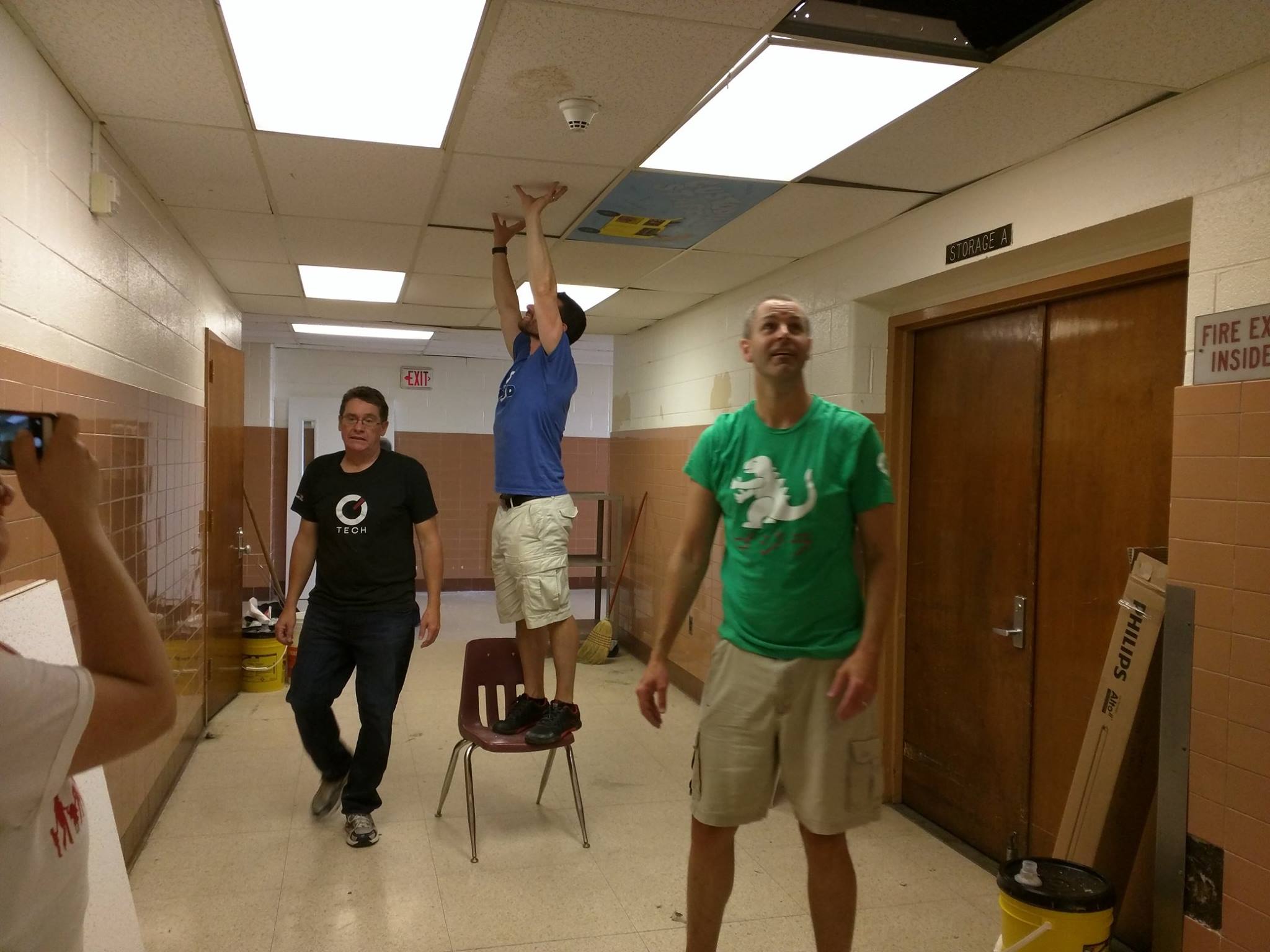 Garnett, whose childhood was spent in Arlington where public schools are ranked among the best, said he was motivated to start this group after hearing parents say, time and time again, “What can we do to help.”

“They haven’t had that point person,” Garnett said.

He also pointed out that while Mary Munford, Linwood Holton and William Fox have strong Parent Teacher Association participation, other schools don’t.

“Parents working two jobs can’t get to the PTA; they have to make a decision between the PTA and their job,” he said.

He has encouraged parents to help out at other schools, and see that “it is about all 47 schools.”

“It’s not even on people’s radar that they have to do this,” he said, but “this is what it took to wake everybody up.”

And while the kickoff has been impactful, with over $15,000 donated so far to fund the projects, it’s also that time of year when people are out of town on summer vacation.

Not to worry, though.

“This whole effort isn’t going to be finished in a week and a half, and we wipe our hands,” Garnett said. “This is part of a larger effort.”

“We want to be a conduit to tie different organizations to RPS to address problems,” he added.

In a city where craft beer is abundant, the group designed $5 pint glasses with the inscription “Raise a Pint for the Kids.” The glasses can be purchased through the website.

“We will deliver them to you, if needed,” Garnett said.

Several breweries have hosted days where a percentage of pint sales goes toward the project.

And since then, Garnett said that they have amassed a broad-based coalition of people who want to help.

This Sunday, July 24, Hardywood will host “Christmas in July” to help fund the project, and bring out reserve kegs of their 2015 Gingerbread Stout, Christmas Morning, Bourbon GBS and Kentucky Christmas Morning, along with 2016 Sidamo Coffee Stout and Raspberry Stout.

Garnett said that The Veil Brewing Co. has created a batch of “IPA for RPS” that will release in August.

Legend Brewing is also getting involved.

“It is really cool to see how everyone has rallied,” Garnett said.

Get involved in the Clean & Fix projects

For those who want to help with the Clean & Fix projects, there are a few days available.

Hands on RVA is helping coordinate volunteers for the first phase, which is focused on 10 high schools.  Starting Monday, July 25, through Thursday, July 28, volunteers will work on two high schools each day.

The following Friday, Saturday, and Sunday volunteers will be at all elementary and middle schools. Volunteers interested in helping those days can sign up here.

And those who want to fund the village to help raise the child can donate here.