RICHMOND, Va. -- Parts of South Richmond were among the hardest hit after Tuesday evening's severe thunderstorms.

In Stratford Hills, tree limbs snapped in half and fell to the ground.

Debris also covered some of the roads, causing backups in different parts of Richmond and in I-64 in James City County.

"My fifteen minute drive took me about an hour and forty minutes," said one Richmond resident. "It was that feeling you can't get here from there."

On Grantwood Avenue in South Richmond, a tree crashed right through a home, destroying it. 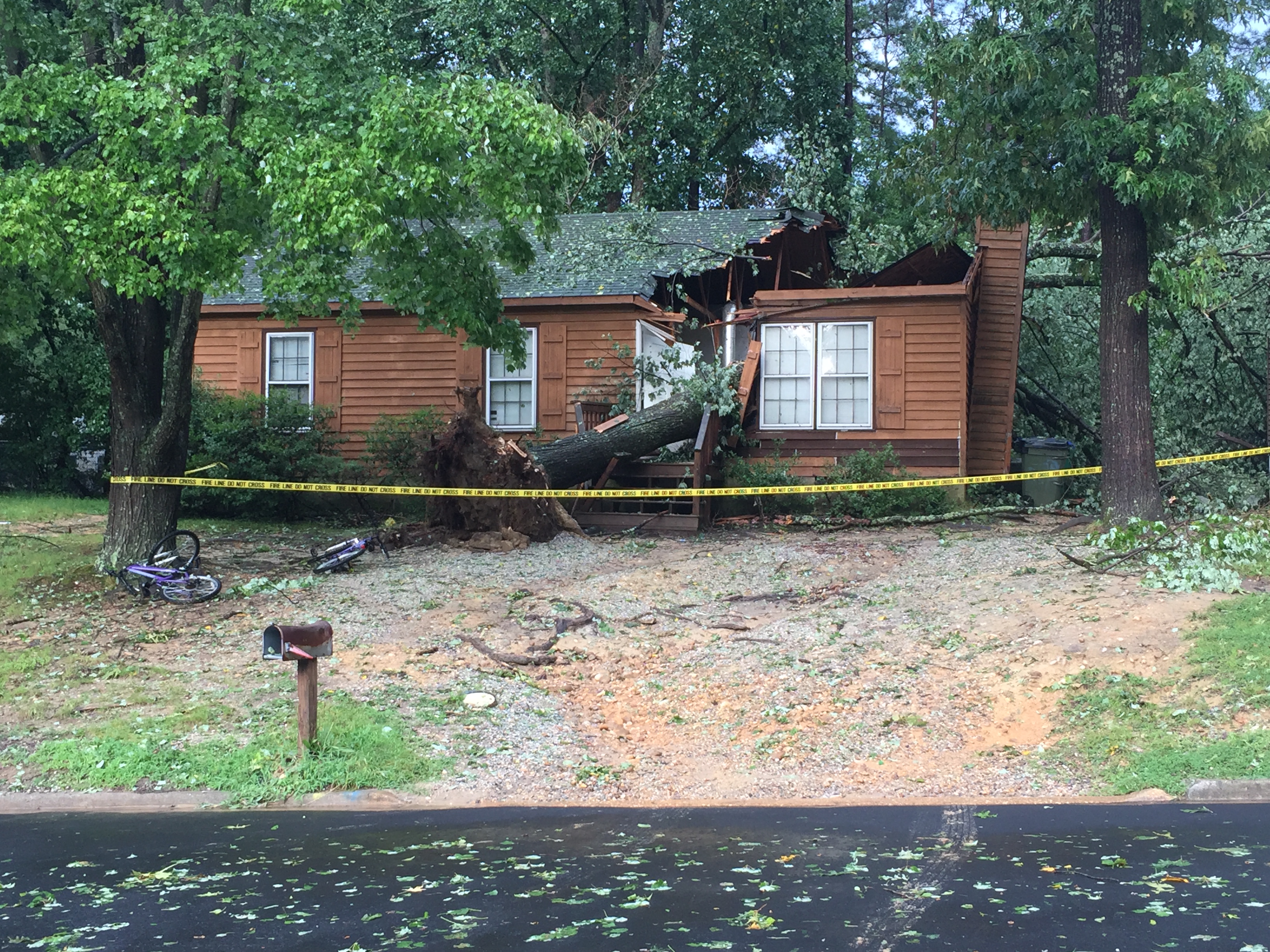 The woman who lived there told CBS 6 off camera her daughter and two grand children were home at the time.

She said thankfully, no one was injured.

In North Chesterfield, drivers were re-routed, as more debris filled the road.

"I have never seen anything like it, all the power lines down," said Connie Reynolds.

Reynolds lost power at her house from the storm and came home to a large tree down in her yard.

Reynolds is in the same boat as over 25,000 Chesterfield County residents who are without power Tuesday night. As of 10:30 p.m., Dominion Virginia Power reported more than 47,000 Richmond Metro/ Tri-Cities customers were without power.

Despite the downed trees, home damage, and power outage, many neighbors said they're thankful it wasn't worse.

For more images and video of Tuesday's storms, click here.