"When protesters began walking into the southbound lanes of Interstate 95 at Exit 75 Monday at approximately 5:45 p.m., state troopers immediately responded for the safety of motorists and pedestrians alike. Once state police were able to make contact with the protest coordinators, they were notified that being on the interstate was an unlawful assembly and advised of the need to leave the interstate," Virginia State Police spokesman Sgt. Steve Vick said. "Those who refused to exit the Interstate were charged with being pedestrians on a highway and for participating in an unlawful assembly." 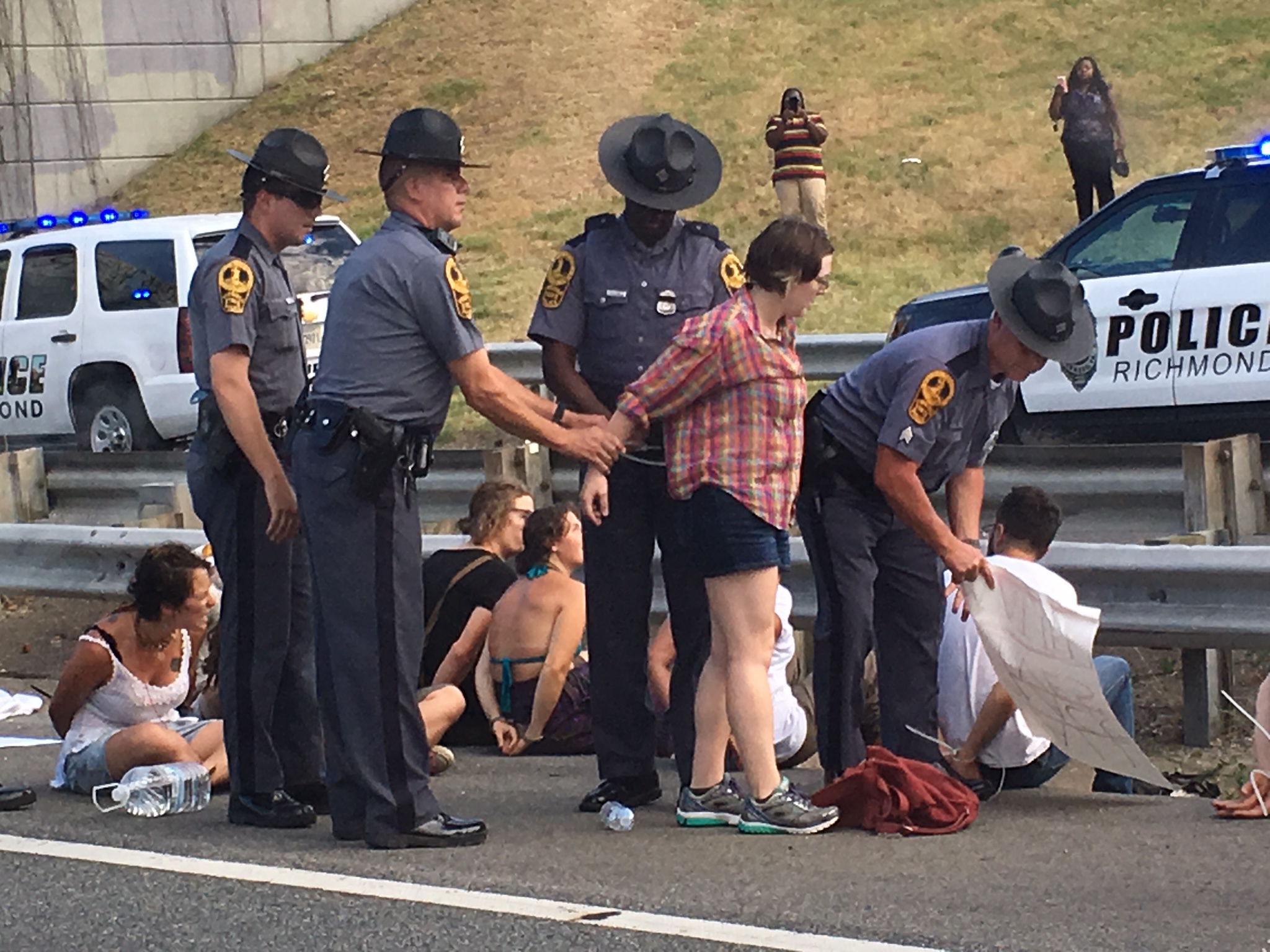 A total of 13 were arrested and transported to the City of Richmond Jail for processing:

The interstate reopened to traffic at about 6:20 p.m.