HENRICO COUNTY, Va. – A lightning strike led to an attic fire inside a West End home Tuesday evening as a severe thunderstorm passed through the community.

Fire officials said the incident happened at approximately 5:10 p.m. in the 2900 block of Layne Court, off Lauderdale Drive.

Henrico Fire units responded to the scene and found smoke visible from the attic area of a large 2 story home. All occupants were outside the home when crews arrived.

Primary and secondary searches confirmed that all occupants were outside. 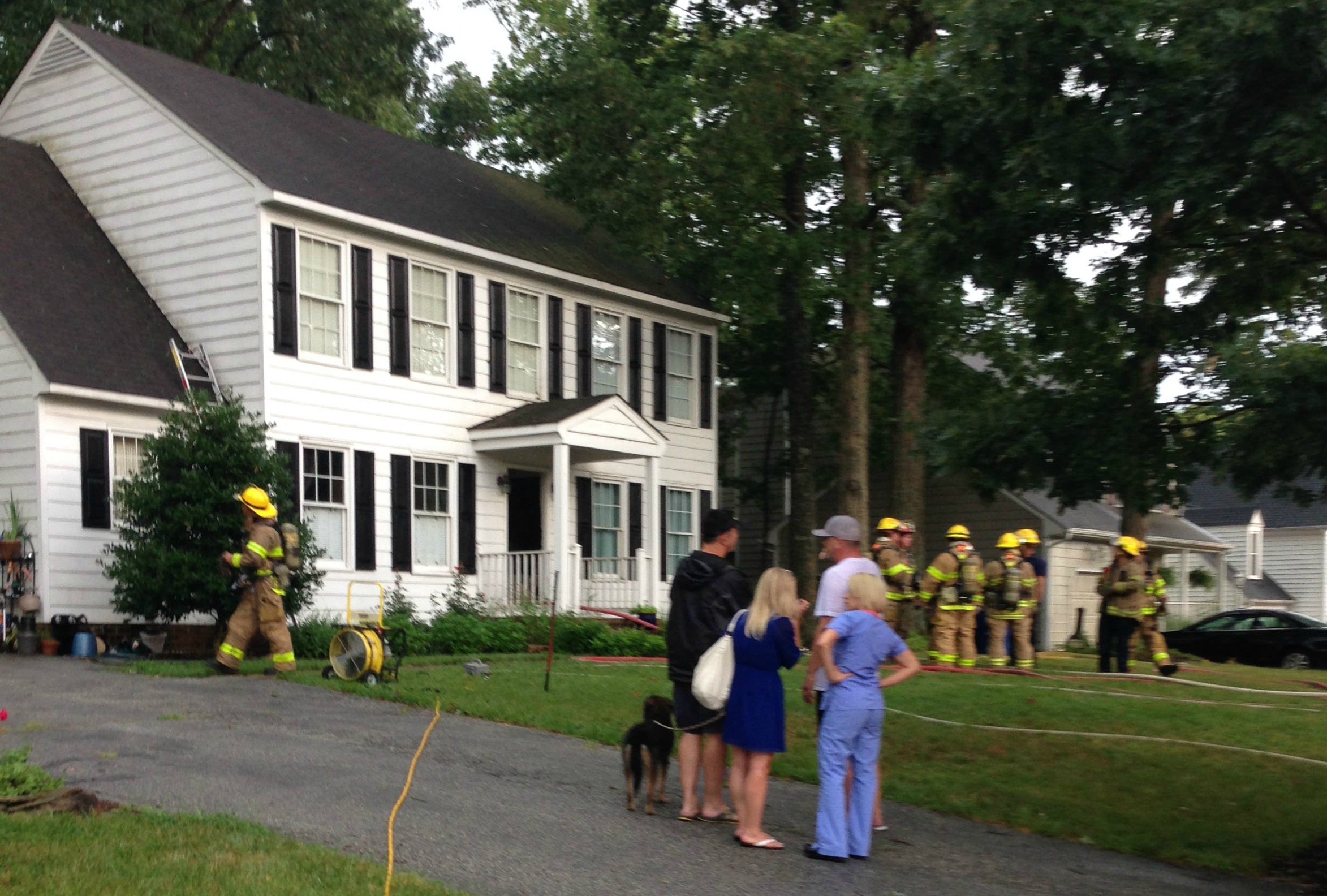 “Crews made an aggressive attack of the fire with protection from rescue crews standing outside to assist as needed.  The fire was isolated to attic area in the area of lightning strike,” said Henrico Fire Capt. Taylor Goodman.

Fire personnel were able to salvage items in the unaffected areas of the home to ensure they were not damaged during operations. The fire was under control in 20 minutes

The residents have been displaced while the home is repaired.