The 2,190-mile long Appalachian Trail is daunting even to those who have no trouble walking, and few who set out manage to travel the entire trail.

The 41-year-old Ohio resident had always been an athlete who loved the outdoors and fresh air. She was always active until lupus stole her muscles and strength, bit by bit.

The autoimmune disease causes the immune system to attack different body parts, including internal organs. People with lupus experience it differently. For Kozel, the disorder targets her central nervous system. Although her heart and lungs function normally, the weakening of her muscles makes it hard for her to breathe. Since her diagnosis at 19, she has frequently had to go to the hospital for treatment whenever she got a “flare-up.”

“It never feels good. You don’t feel right. A lot of pain. A lot of weakness. You’re exhausted just by doing daily activities,” said Kozel. It would take her months to recover and rebuild muscles from a lupus attack that lasted for a few weeks.

Over the years, her condition has only gotten worse. She would use her hands to help herself get off the chair when her lower body muscles weren’t working well. But to people who didn’t know about her diagnosis, she looked normal.

“I’ve spent all of my life trying to hide it from people because I don’t want people to treat me differently,” said Kozel.

Stacey made it easy to overlook. Even as her muscles deteriorated, her spirit never weakened. “She always looks for…’what can I do with what I have now’?” said Mary Kozel. “She always finds something. She keeps moving forward.” 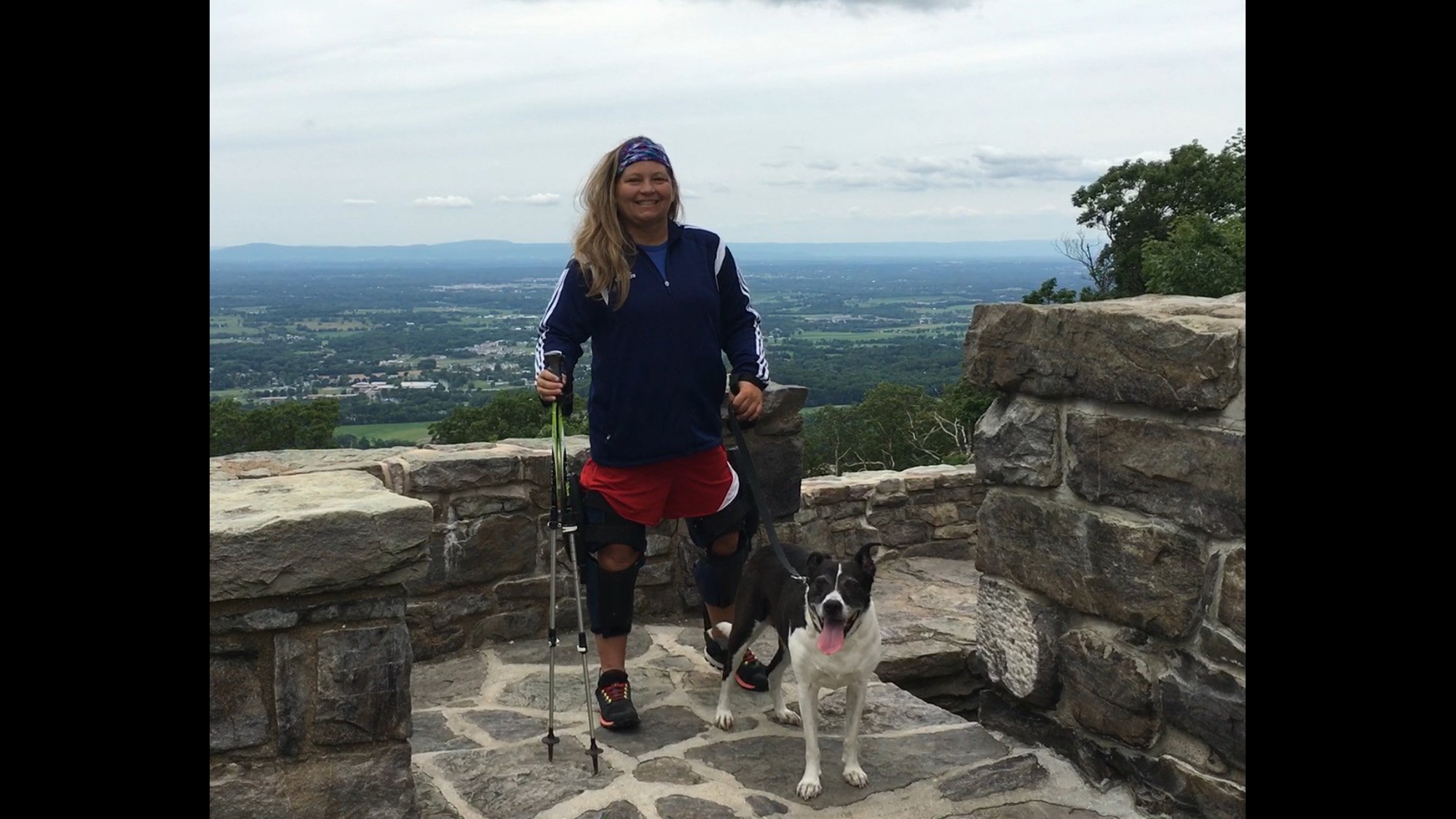 Stacey Kozel had lost her ability to walk several times, but she had always managed to get back on her feet — until a flare-up in March 2014.

“I walked into a hospital, came out in a wheelchair,” recalled Stacey Kozel, “When I left the hospital I could only lift my left arm. I can’t really control it. It just flopped around.”

She suspects a car accident a year before might have worsened her condition, but ultimately, she knows lupus cost her lower body mobility. Kozel grew frustrated staring at empty walls, desperate to smell fresh air outside.

It happened right when Kozel was picking up her life after a previous lupus attack and eight weeks before her graduation from a radiology program. When lying on the hospital bed, she wasn’t thinking about paralysis. She worried about not being able to graduate.

“Even then, I thought I would get better. I did not prepare myself for being paralyzed,” said Kozel.

Still, with the help of a powered wheelchair and a pair of leg braces, she made her way back to class, made up her missed clinical time, finished her finals and graduated with honors.

Although Kozel was able to walk stiffly with an old pair of braces, they wouldn’t help her walk comfortably enough to embrace the outdoors.

The chance finally came when she came across the Ottobock C-Brace. The brace functions essentially as the muscles and bones of a leg, as long as the person wearing it is able to move the hips.

Each brace comes with a microprocessor stocked with movement data at the knee joint. A sensor at the joint sends information to the processor and tells it how fast the knee is trying to collapse, while another sensor feeds ankle information. When the mini-computer thinks the knee is going to collapse, it locks up the knee. Once it senses the foot is behind the body, and when the toe is off the ground, it unlocks the knee to let the foot move to the front.

Kozel’s doctors and therapists knew that getting these braces covered by insurance would be an uphill climb. Her insurance claim was denied, more documents were sent. The back and forth between the insurance company and therapists lasted a year. Kozel thought her life would never resemble the one she had before she was paralyzed.

When her claim was finally approved after 12 months, she was “in shock.”

Just three days after Kozel got her braces, Joey Pollak, Kozel’s orthopedist, got a call saying Kozel was in a 5K race — “just walking, not running.”

“To say Stacey is an overachiever is an understatement,” said Pollak, who has worked with her since November 2014.

What Pollak did not know was an idea forming in Kozel’s head.

She wanted to show insurance companies how useful the braces can be for those who have lost their mobility. With more awareness about those braces, she thought it might make it easier for others to get the braces covered. Walking on the streets was simply not enough to gain enough attention, Kozel thought — she needed to aim higher.

After research, she set her mind on the Appalachian Trail, just two months after she received her braces.

Pollak tried to talk her out of it, but gave up after about 10 minutes. “She already got a plane ticket,” said Pollak. “She was going no matter if I said ‘yay’ or ‘nay’.”

Even Kozel’s mother was scared when she heard the plan. But Mary didn’t stop her daughter, either.

“She’s already paralyzed,” said Mary Kozel. “And to hold her back from something she wants to do…It would only make it worse.”

Now, with support from her orthopedist, her mother and strangers along the way, she is slowly approaching her destination. Kozel calls her community of support “trail angels,” who bring food and water or offer rides.

The adventure has gotten her back outside, among gorgeous scenery, into the fresh air she always loved and among new friends. “The best part has been the people out there,” she said. “You’re never actually alone.”

Not knowing when her next lupus attacked could be and how much worse she could get, Kozel said, “I don’t want to have regret the next time I didn’t do something.”

Kozel’s legs are more flexible with the help of the new braces. She cannot, however, be on the trail for days on end. The batteries in the braces last 36 hours at most. To keep on hiking, Kozel has to get off the trail once in a while to have them charged.

In experienced hikers’ term, “zero day” means hiking zero miles a day. Kozel knew before entering the trail that she would probably be taking more zero days than an average hiker, either because of her strength, her speed or the dying batteries. But none of this bothers her.

Kozel has just passed the halfway point on the Appalachian Trail, and she will keep going. Her determination has earned her a nickname among the hikers on the trail: Ironwill.