WAVERLY, Va. – One person has been flown to the hospital after a train collision involving a tractor-trailer and Norfolk Southern train on Route 40 just west of Route 460 in Waverly.

Police said the accident happened Thursday afternoon when a tractor-trailer hauling a load of rocks was traveling westbound and attempted to cross the railroad tracks.

That’s when police said the railroad signal arms came down and struck the trailer portion of the truck causing the trailer to spill the load of rocks across the roadway.

Two vehicles were struck by debris from the crash, and railroad equipment was damaged.

Police confirmed one person was injured in the accident and that person was transported via med flight to a local hospital. There is no word on their condition at this time.

The train is currently stopped and a supervisor with Norfolk Southern is en route to the scene.

Route 40 is shut down due to debris in road. VDOT is in the process of setting up detours.

In a separate accident, another tractor trailer has gone into the ditch on the detour road (Mayfield Rd).  So one lane on Route 460 East is currently shut down. 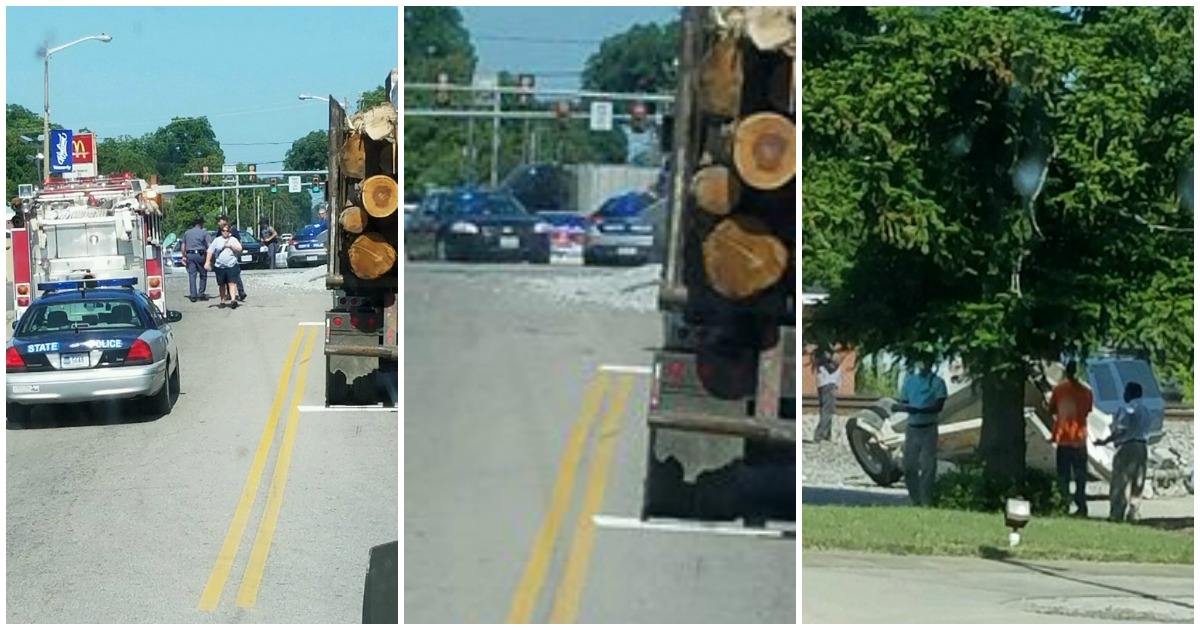