HENRICO COUNTY, Va. -- A pregnant woman recently charged with snatching a purse from a Good Samaritan is in trouble with the law again, this time for stealing a tip jar at a donut shop.

Erin Holmes is now charged with stealing a tip jar at the Country Style Donuts shop off Williamsburg Road.

The theft, police said, happened hours before the purse incident.

Holmes walked into the store Sunday and asked for some water, employees said.

While the employee on duty went to grab the water, police said Holmes stole a make-shift tip jar made out of a napkin dispenser and walked out. 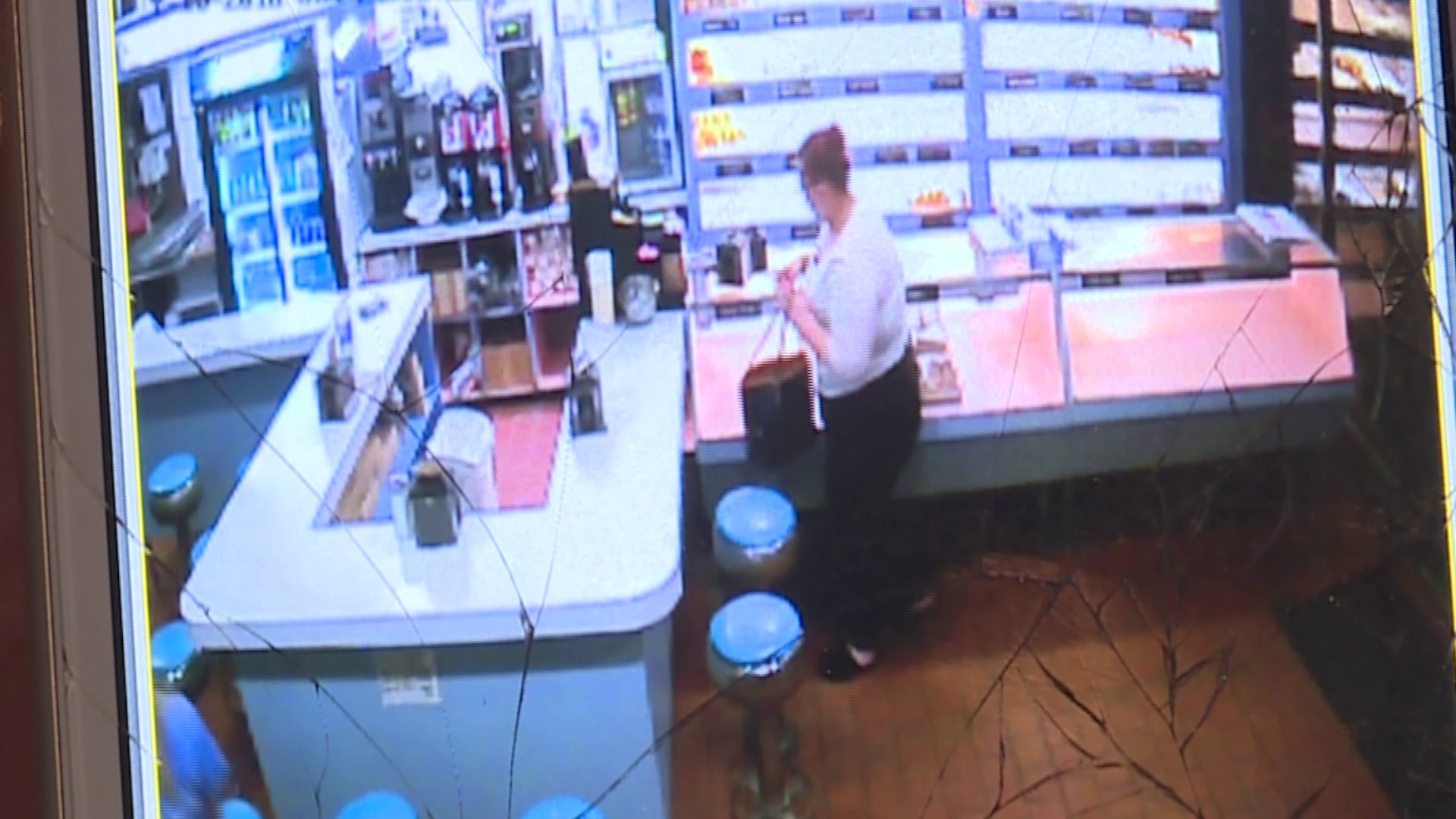 "I kept looking around for it… then thought I didn't put it anywhere, somebody must've taken my tip jar,” the employee, who wished not to be identified, said.  "I was a little surprised actually because I have better faith in people."

Employee Danielle Atkinson said she didn’t understand the move because there are surveillance cameras all over the donut shop.

"If anybody was to ever steal from here they're stupid. That's what I always say because look, they're everywhere," said Atkinson.

It wasn't hard for police to find Holmes, because the next day officers said she stole a Good Samaritan's purse while pretending to be broken down on the side of the road.

The workers at Country Style Donuts said they're not surprised.

"It seemed to me that she had done it before and that she would do it again," expressed the unidentified employee.

Henrico County Police said Holmes has been charged with petit larceny which now adds to her list charges of purse snatching, credit card larceny, and hit-and-run from the incident from Monday.

“This isn't the first time she's done this.”

A Good Samaritan was victimized in Henrico on Monday after she tried to help Holmes.

The woman stopped along Nine Mile Road in the East End when she saw Holmes standing outside her car, with the hood up. It was around midnight.

“While my mom was looking at the girl's car, the girl went to my mom's Jeep, stole her purse, backed up with the hood still up on the car and drove away,” Megan Reynolds said.

An officer cornered Holmes near a bridge under construction and arrested her.

Reynolds said she believed her mom may not have been the only victim out there.

“Apparently, when officers looked in her car they found several cell phones and different items,” Reynolds said. “Obviously, this isn't the first time she's done this and gotten away with it.”