DALLAS -- The dead gunman in the Dallas ambush that left five officers dead has been identified as 25-year-old Micah Xavier Johnson of Mesquite, Texas, law enforcement sources familiar with the investigation told CNN.

The suspect told police negotiators that he was upset about recent police shootings, that he wanted to kill white people -- especially white officers -- and that he acted alone, the city's police chief told reporters Friday.

Police killed him with an explosive device after a standoff that lasted hours, Chief David Brown said.

"We saw no other option but to use our bomb robot and place a device on its extension for it to detonate where the suspect was," Brown said. "Other options would have exposed our officers to grave danger. The suspect is deceased as a result of detonating the bomb."

Law enforcement sources familiar with the investigation told CNN that Johnson was the dead gunman. He had no criminal record or known terror ties, a law enforcement official said.

He had served in the U.S. Army Reserve, training as a carpentry and masonry specialist, two U.S. defense officials said.

Wayne Bynoe, a neighbor, said police cars were outside Johnson's home Friday. Johnson lived with his mother and "keeps to himself," Bynoe said.

The Dallas police chief told reporters it's too soon to speculate on the suspect's motives, and it's unclear whether more suspects are on the loose.

"We're hurting. Our profession is hurting. There are no words to describe the atrocity that happened in our city," he said. "All I know is that this must stop -- this divisiveness between our police and our citizens."

U.S. Attorney General Loretta Lynch described the Dallas shootings as the latest in a series of tragedies that have left the country reeling.

"After the events of this week, Americans across the county are feeling a sense of helplessness, of uncertainty and of fear. Now, these feelings are understandable and they are justified," she said, "but the answer must not be violence." 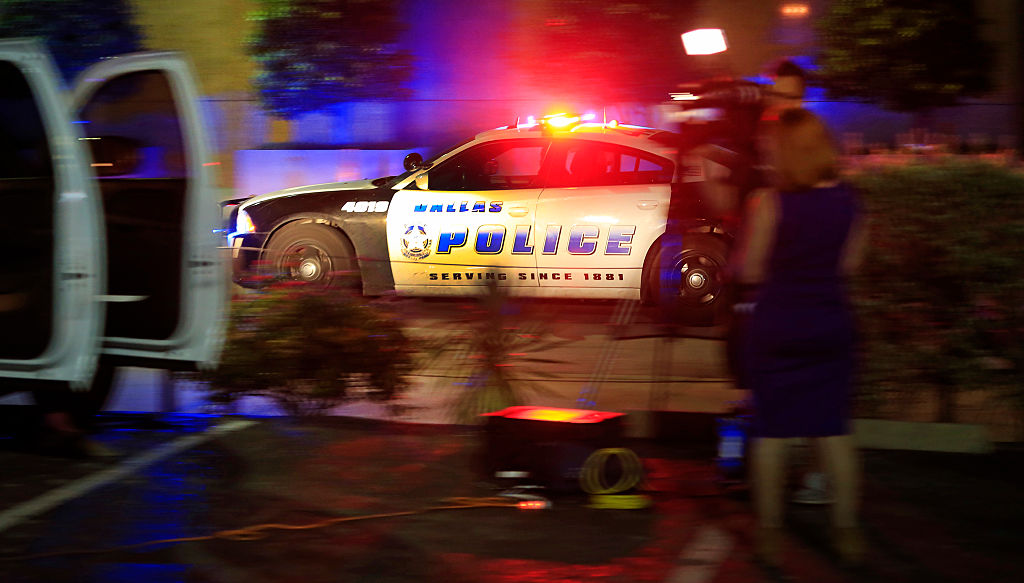