Local couple who made National headlines with viral proposal, weds in Jamaica

HENRICO COUNTY, Va. -- Months after a viral marriage proposal at Short Pump Town Center captivated the entire country, the Central Virginia couple at the center of it have celebrated their nuptials in Jamaica. 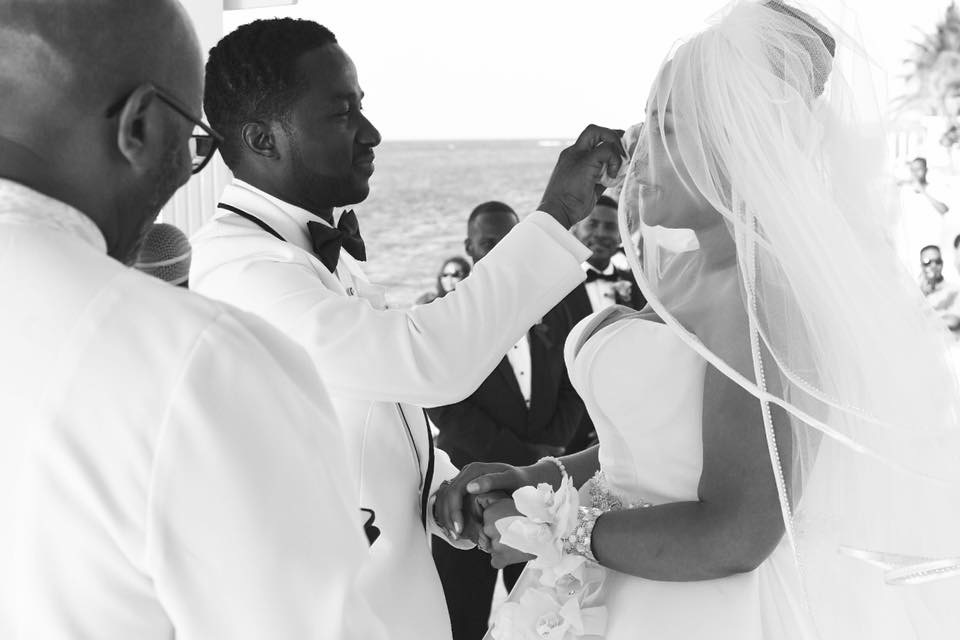 In November, we shared the story of local gospel singer Lisa Winn who received the surprise of a lifetime when her then boyfriend, Richard Bryan, pulled off an over-the-top proposal which was also captured by a professional video crew.

Winn was surprised when one of her songs blared across the speakers outside one of her favorite restaurants, Maggiano's Little Italy.

During her song called, "Questions," members of the St. Paul's Baptist Church B.O.M.B.  S.Q.U.A.D danced and serenaded her.

The music than transitioned to Bruno Mars' smash hit "Marry You."

That’s when Richard got down on one knee and proposed.

The video went viral and made National headlines.

Monday the couple had their dream wedding in Jamaica and shared their photos exclusively with CBS 6.

Congratulations to Richard and Lisa Bryan!