Woman desperate to find ‘Bagel’ the beagle before Fourth of July

RICHMOND, Va. -- With the Fourth of July nearing, a Richmond woman is ramping up her efforts to find her missing dog who is terrified of fireworks.

"We just really want to get him off the streets, get him home safe and sound,” Jocelyn Senn said.

Senn rescued her dog "Bagel" more than five years ago. He'll turn 9 years old on Fourth of July. But instead of celebrating, Senn fears her missing dog will get hurt since he is terrified of fireworks.

"I've very concerned about him having seizures because he gets very frightened."

"Bagel" ran away from her on Monument Avenue more than two weeks ago when pushed through the gate in the backyard and took off. They had just moved to the city from Varina.

"He's not used to traffic. He's very afraid of people, at this point if people try to capture him, he's going to bolt,” said Senn. 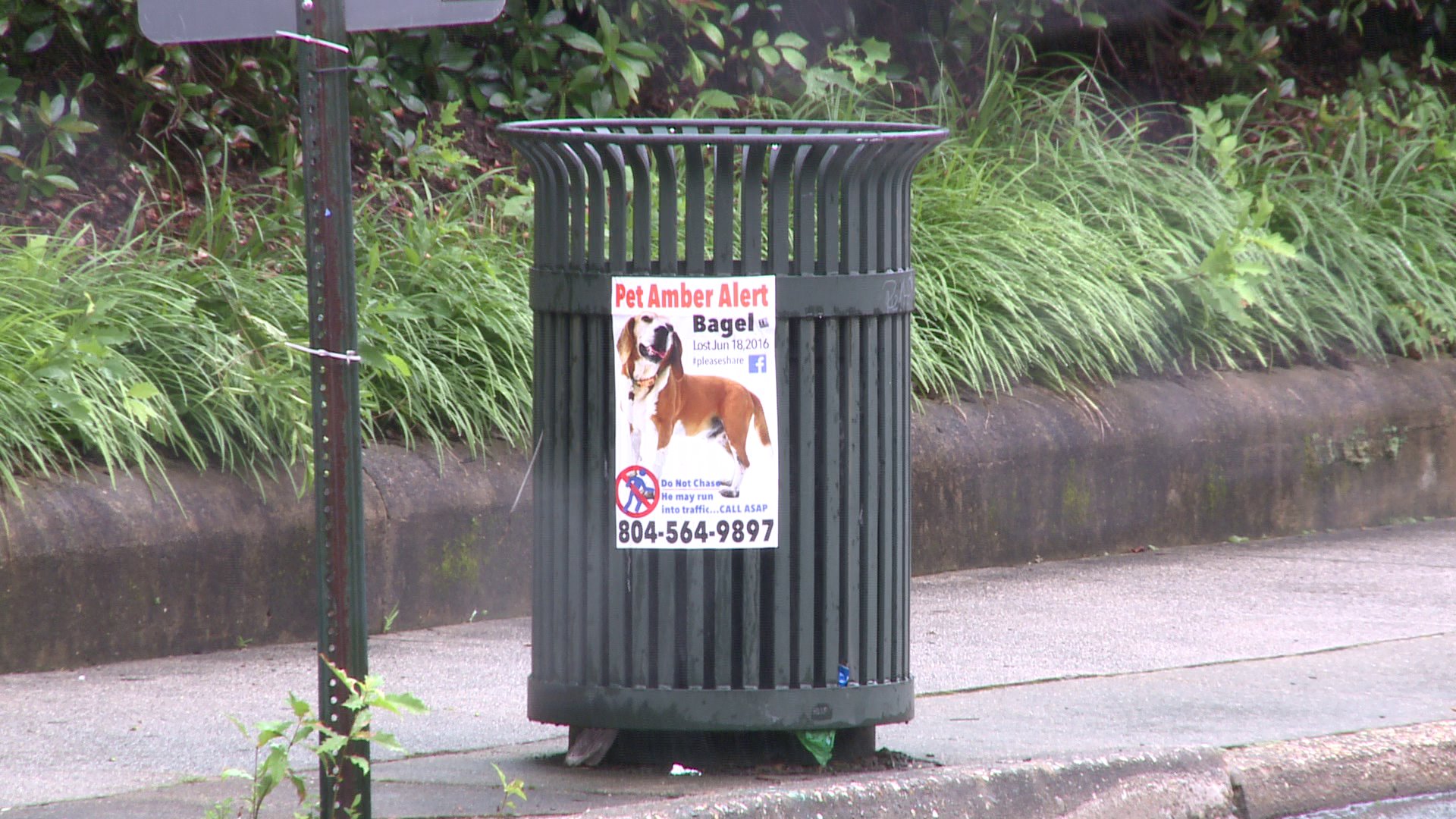 Senn takes her other dog, "Porkchop," to search for "Bagel" while she  drives around in her truck for about 14 hours a day.

She's put  up 700 posters around the city and handed out 1,000 cards to businesses. Her Facebook posts been shared thousands of times.

Saturday, she got calls about a dog that looked like "Bagel" running down Boulevard, but she never found him.

“Fearing for him every minute of every day. When the sun goes down I feel like crying. When the sun comes up I start looking,” said Senn.

SHARE on social media to HELP FIND "BAGEL!"
Copyright 2022 Scripps Media, Inc. All rights reserved. This material may not be published, broadcast, rewritten, or redistributed.