HENRICO COUNTY, Va. -- Authorities said a shoplifting suspect is hospitalized after flipping his car and talking out a fence after along Nine Mile Road in Henrico County Saturday night.

Lt. Anthony Mehfoud with Henrico police said officers were called at 7:15 p.m. about a shoplifting incident at the Walgreen’s at White Oak Mall.

An officer then spotted the suspect's vehicle travelling on Nine Mile Road at Dabbs House. When the officer tried to pull over the vehicle, Mehfoud said the suspect sped up.

The suspect crashed near Nine Mile Road and Bunche Street when the vehicle slammed into a fire hydrant, small tree and iron fencing. The car then hit a large tree before landing on its roof.

The suspect was transported to VCU Medical Center with life-threatening injuries.

Police said charged are pending against the driver, who was the only one inside the vehicle.

No one else was injured. 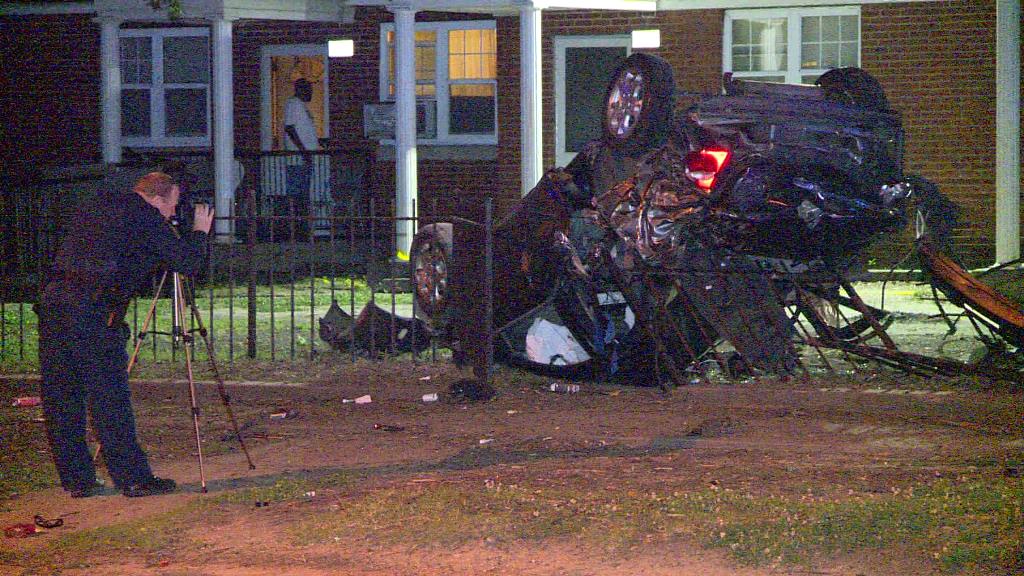