CHESTERFIELD COUNTY, Va. – A man has been arrested of a suspected DUI after an accident where a car flipped upside down on the banks of the James River at Dutch Gap Tuesday evening.

A witness says the incident started when a man and woman were arguing in the parking lot near the 400 block of Coxendale Road.

The man got into his car and left the lot, but when he returned, he hit a tree on Coxendale road, went airborne and landed in between a concrete slab and pier in the James River. 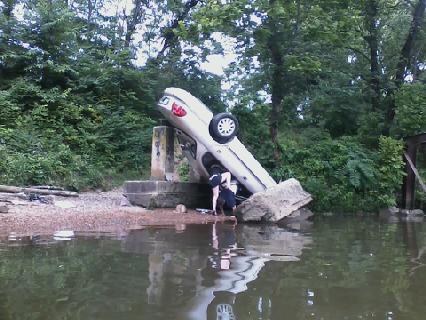 Police confirm the man was alone in the car at the time of the crash and they found him hiding under a pier when taken into custody.

Police have not released what the man has been charged with at this time.

Fire officials say oil and gas from the car has leaked into the James River. The Coast Guard and Virginia Department of Game and Inland Fisheries have been notified.