HENRICO COUNTY, Va. -- Authorities said one person was killed in a car accident in which one of the vehicles overturned in Henrico County’s West End Friday afternoon not far from Godwin High School.

Police said officers were called to the 10700 block of Ridgefield Parkway for a two-vehicle wreck at 2:20 p.m.

“One of the drivers was transported to a local medical facility for treatment and the other was pronounced at the scene,” Henrico Police spokesman Lt. Chris Eley said.

Officials said they victim is an adult male. Police have not yet released his name pending positive identification and next-of-kin notification.

Officials are investigating what caused the crash, but Cosby said the traffic lights, which were not working because of last night's power outages, could be a contributing factor. 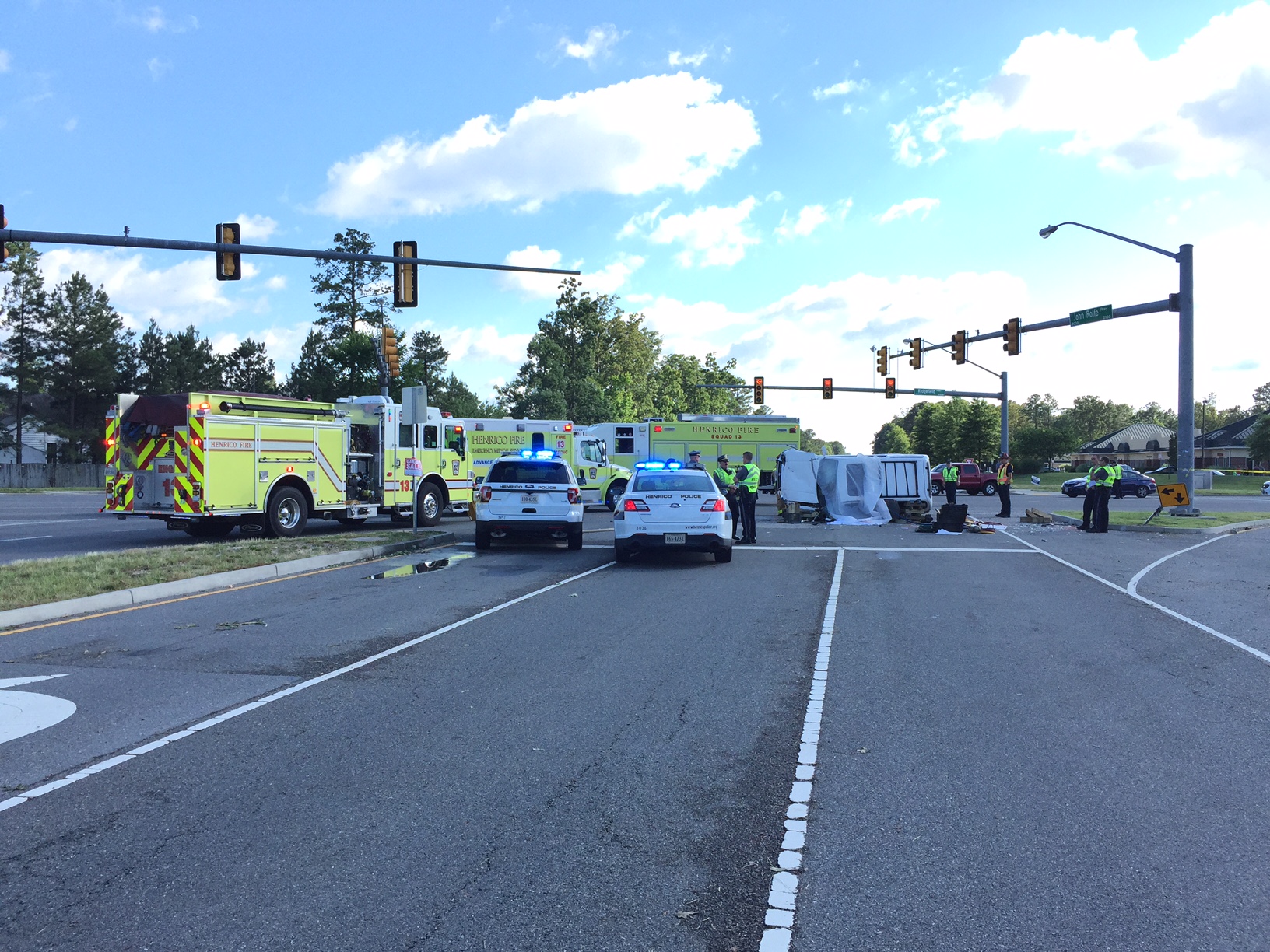