TUCSON — There’s no end to the industriousness of drug smugglers.

This week, border agents in Tucson, Arizona, said they busted a woman trying to sneak in a pound of meth disguised as burritos.

The operative word here is “disguised.” Because clearly the smuggler didn’t put much thought into it. 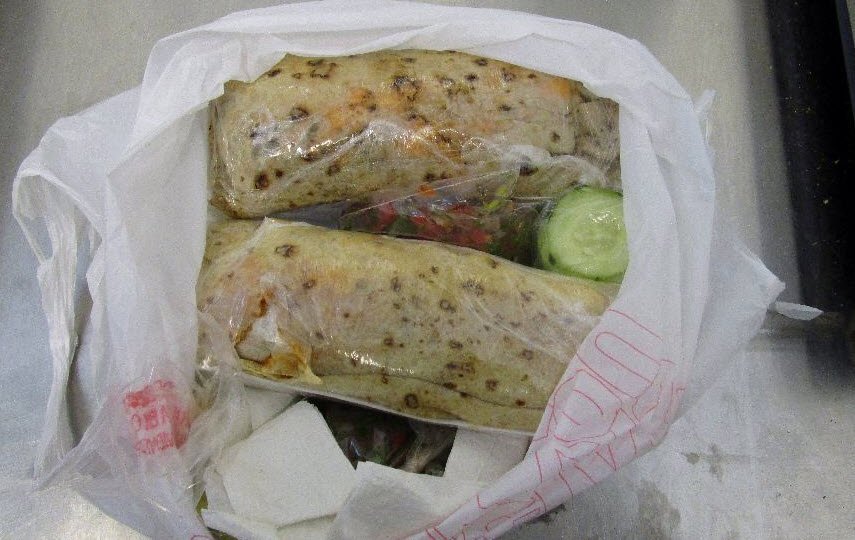 No fixings to blanket it in. Not even an aluminum foil wrapper to give it an authentic burrito look.

Drug-sniffing dogs quickly led agents to the 23-year-old Nogales woman as she crossed through the Morley Pedestrian Gate on Friday.

The woman later told authorities she was a mule who had been offered $500 to take the drugs to someone in Tucson.

Agents said the methamphetamine was worth more than $3,000, which would have made for some seriously expensive burritos.