Shoplifting suspects who caused 5-car pileup had infant in car

HENRICO COUNTY, Va. – Police said two shoplifting suspects had an infant in their car while they led officers on a chase that ended in a five-car accident in Henrico County Sunday afternoon.

Henrico police Lt. C.J. Maurice said officers were dispatched for a shoplifting call at the Target in the 9000 block of Staples Mill Road at 4:15 p.m.

As officers were about to arrive at the store, they spotted the suspects' gray car fleeing the parking lot.

Maurice said officers tried to pull over the vehicle, but he said the driver kept going and a brief pursuit began.

Officials said the pursuit ended when the suspect’s car slammed into four other vehicles -- while trying to drive in between cars stopped at a traffic light -- at the intersection of Staples Mill Road and Hungary Road.

Police were seen recovering items from the suspects' car. 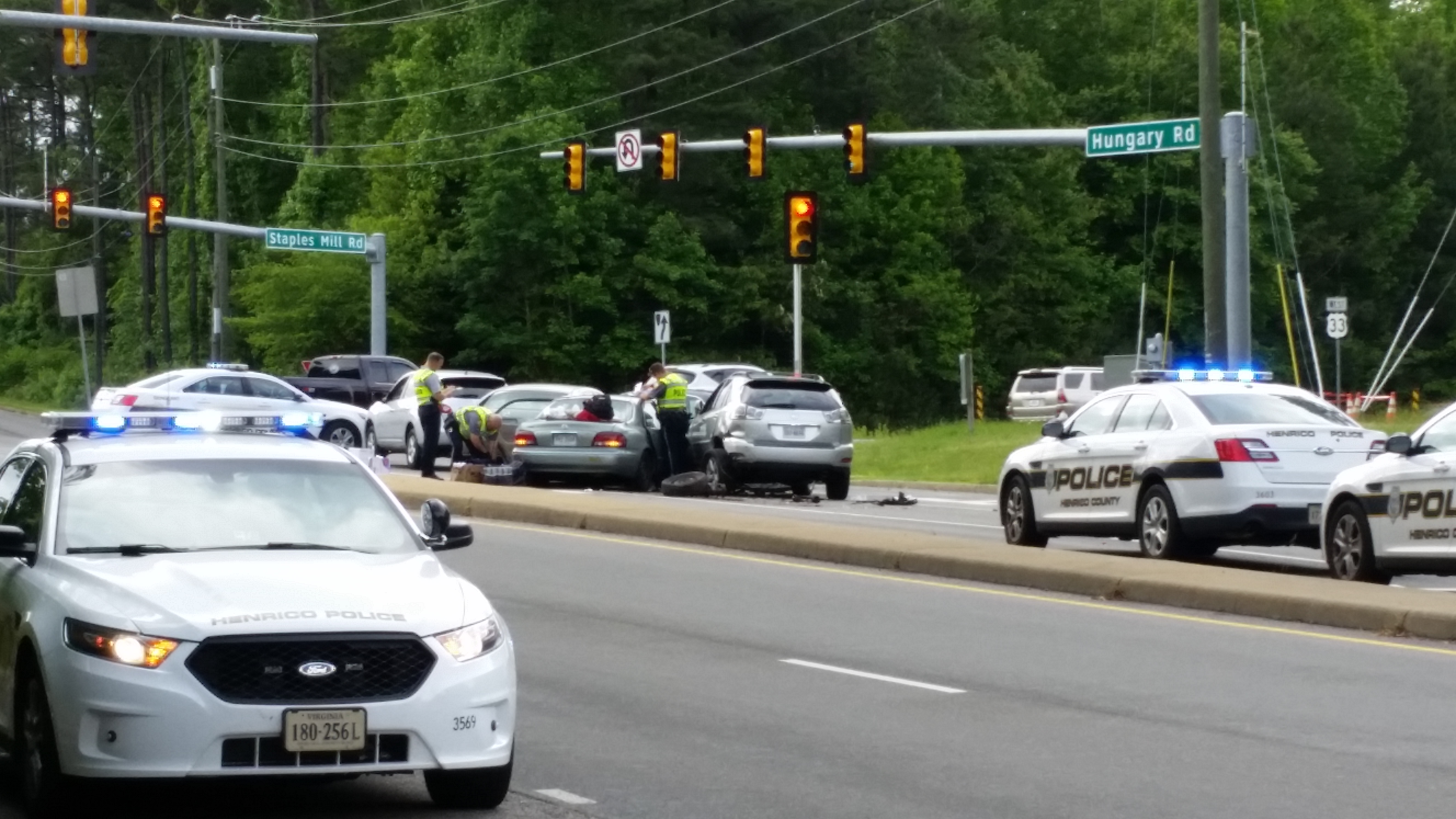