Michael Vaudreuil is used to picking things up at school. He’s a custodian at Worcester Polytechnic Institute in Massachusetts.

But over the weekend, he picked up something he’ll definitely want to keep: a college degree.

Vaudreuill, 54, graduated with a mechanical engineering degree from the same place where he’s cleaned and emptied the trash for the past eight years.

His mortar board read: “Old dog has new tricks.”

“Mike really is a gem and quietly went about his work and studies all those years, so it’s nice to see people recognizing him as an inspiration,” said Alison Duffy, a school spokeswoman. 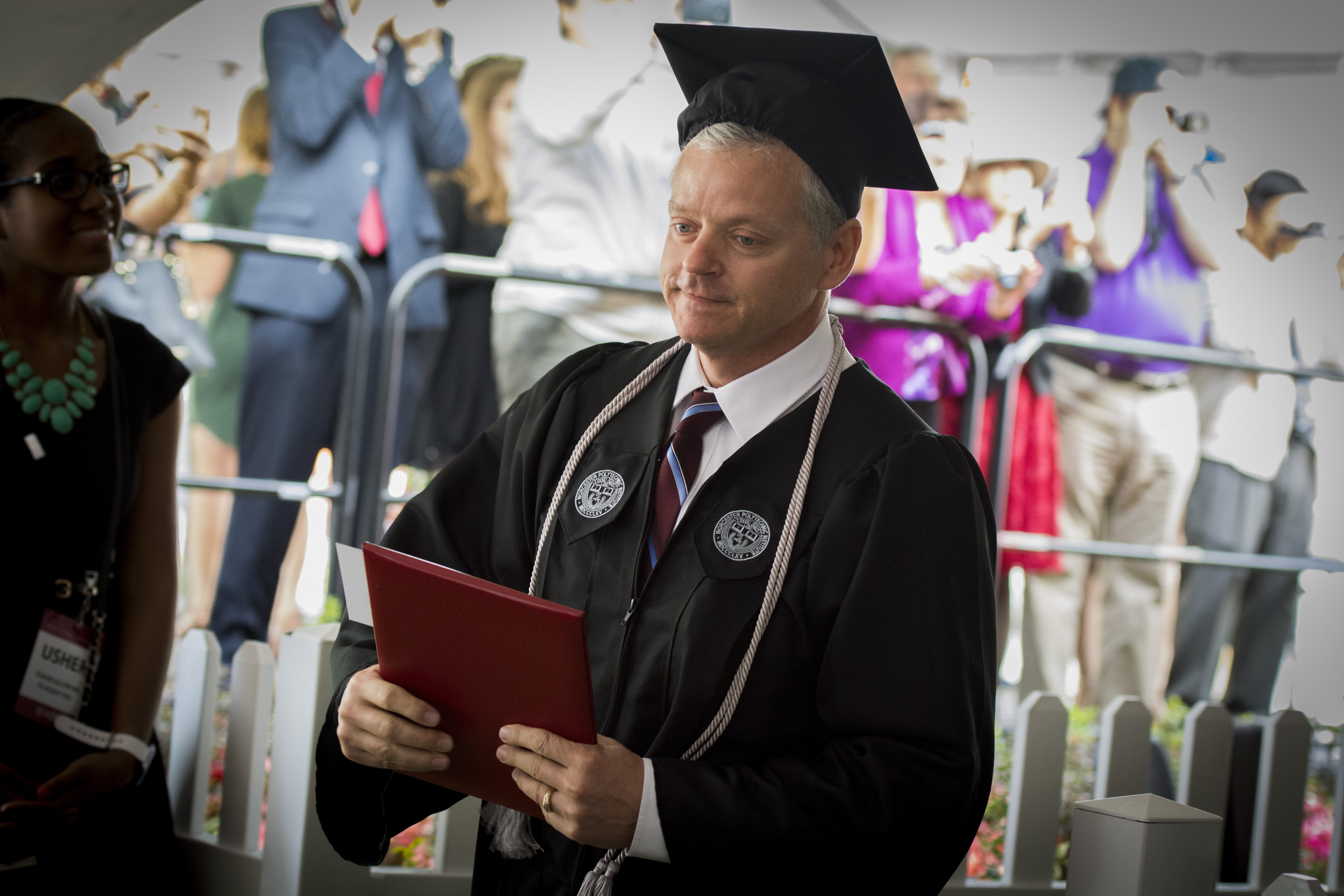 Vaudreuil took the custodian’s job after his plastering biz went under in 2007 and took most of his life with it.

He’d lost his house, his business and his hope.

“I was just a shell of a person at that time,” he told CNN affiliate WBZ.

So he got the custodian’s gig at Worcester Polytechnic Institute, which just so happened to have tuition-free classes for employees.

This was his last chance.

“This is it for me,” he told the Boston Globe. “This is the last train out of the station. Your back’s against the cliff. You either jump off, or you fight for your life.”

And fight he did.

After dabbling in some psychology classes, Vaudreuill got serious and took on mechanical engineering, which was a natural fit because he’s more of a “hands-on tinkering kind of guy,” he told the school’s newspaper.

Now that he’s picked up his degree, the custodian-turned-mechanical engineer has one more thing he wants to pick up: a new job.