HENRICO COUNTY, Va. -- Officials said one dog was killed and two others were rescued after a fire broke out inside a Bay Cove townhouse in Henrico County's West End Sunday afternoon.

Capt. Goodman with Henrico Fire said crews were dispatched to the 12300 block of Shoreview Drive at 3:05 p.m.

Firefighters said two stories of flames and smoke resulted in zero visibility inside the townhome.

“By the time I had run back up to the front of the house, the whole front window was engulfed in flames," Ridley.

The family living was not home when the fire started, but their three dogs were.

Firefighters were able to rescue two dogs, even giving one of them CPR. However, the third dog did not make it out.

Officials said the Red Cross has been contacted to help the family of four that was displaced.

Fire Marshals are investigating what caused the fire.

Goodman said because crews arrived so quickly,  damage to the complex was limited and that no other units were damaged.

Paige Deringer and her dog "Hank" strolled past fire engines on their Sunday evening walk.

Deringer said she cannot imagine what the family of four that lived here is going through because her "Hank" is more than a family pet.

"It's heartbreaking because they're not just a dog, they're family members,” Deringer said. 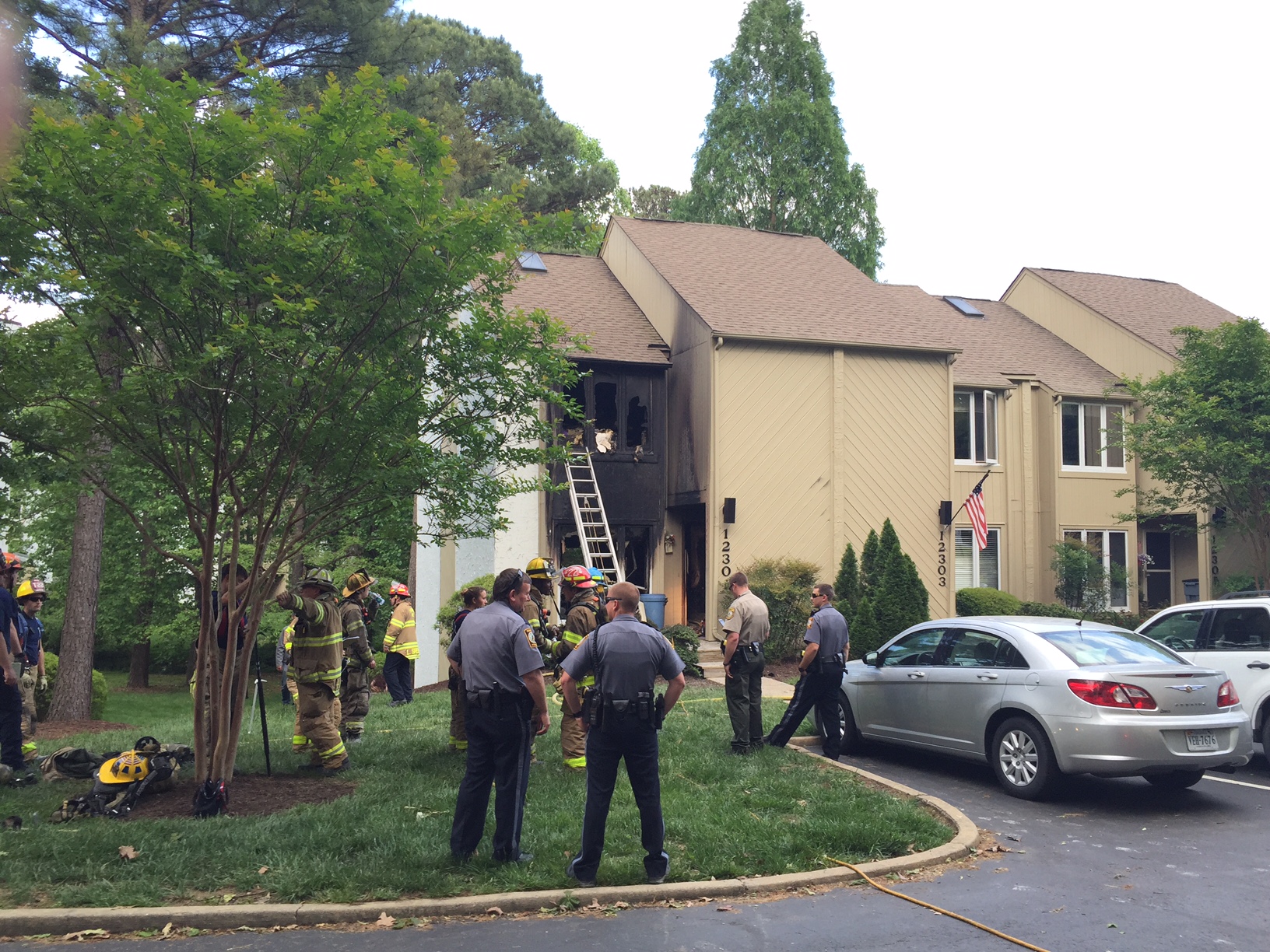