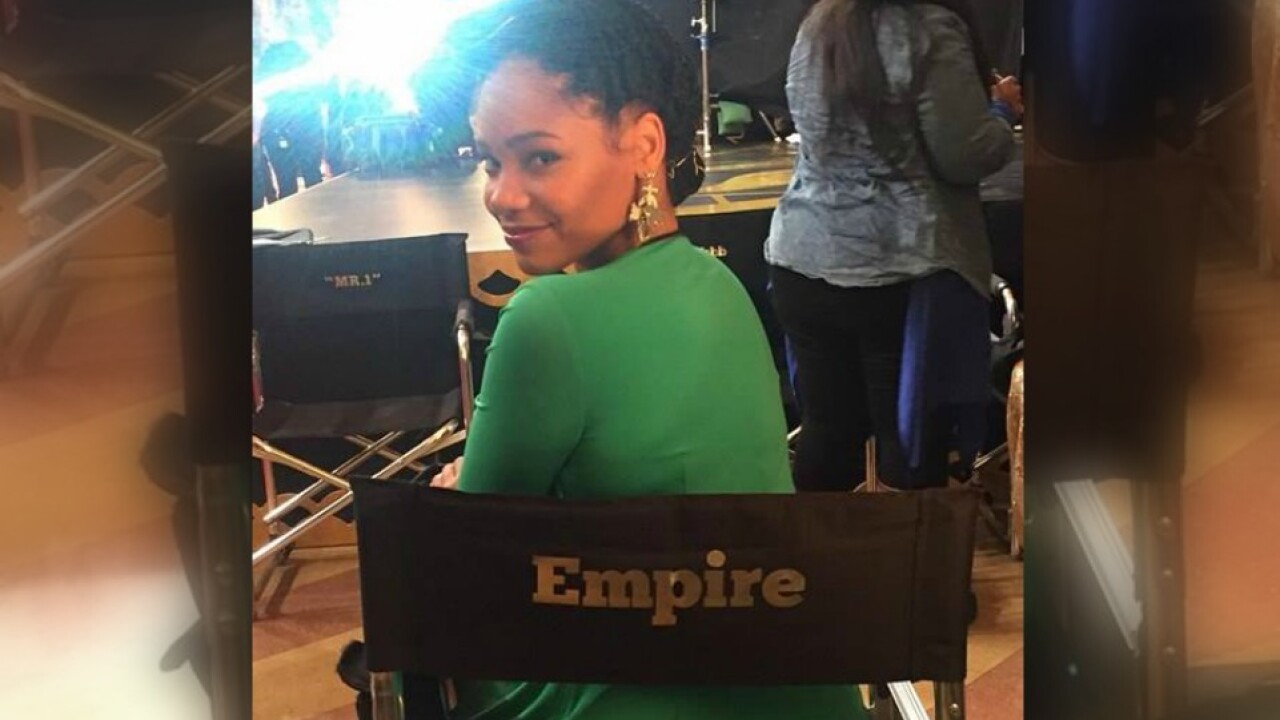 RICHMOND, Va. -- Six years ago, Maddie Jackson, was walking through the halls of Meadowbrook High School. Today, she just received the biggest break of her acting career after appearing on Fox's hit TV show "Empire."

Growing up in Richmond, Jackson has dreamed of being an actress since she was in the ninth grade.

"Ever since I saw Jennifer Lopez perform, I instantly knew I wanted to be like her," Jackson said. "I loved how she was such a multi-talent. She inspired me to sing, model and ultimately act."

After being involved in theater and show choir at Meadowbrook, Jackson graduated from St. Augustine's University in North Carolina and became an IT professional.

But she still had a burning desire to tell stories through entertainment.

"I've always had a passion for performing, but just like anyone else, I had a hard time figuring out how to get started," she explained.

Maddie Jackson, now 23, is beginning to make her dreams of acting in TV and film a reality.
Jackson is currently a print model for catalog advertisements. She's been featured in ads for Roses, among other companies. She has also been featured in a few indie films and shorts.

In her biggest film to date, the Meadowbrook graduate also landed a role in the feature film 'The Longest Ride.'

This is just some of the years of hard work that led up to a role on Fox's hit TV show "Empire" Wednesday night.

It all started when her friend, April Qualls, who is a production assistant on set, connected her with the agency who does casting for the Emmy Award-winning show.

Jackson said she was invited to Chicago for an audition after she submitted her head shot and reel.

"After auditioning they called me back a couple days later and told me I got the part," she said of her big break. "I am truly thankful for the opportunity given to me by Fox and Empire."

During her two days with the show, Jackson worked in scenes with Jussie Smollet, and Academy Award nominated actors Taraji P Henson and Terrance Howard.

"The calls, texts, comments, shares on social media were a surprise to me," Jackson said. "The support has been overwhelming. I'm really just thankful to finally know who I am and what purpose I was born to fulfill."

While Jackson has continued to pursue her dreams in acting, she has also continued her day job as an IT professional.

So what does the future hold for Maddie Jackson?

In her immediate future, she said plans on appearing at the American Black Film Festival in Miami next month to continue her growth in the business.

"I'm currently planning on finding representation in New York and California," she said. "Now that I'm getting more opportunities to showcase and share my passions, I'm looking forward to more performances to share with everyone from my hometown."

"Hopefully I inspire someone else to chase the passion that's been burning inside of them for so long," said Jackson. "It's never too late to pursue what you love."