Community rallies for Katy Daniel after freak accident: ‘It’s all about saying a prayer’

DINWIDDIE COUNTY, Va. -- People from all over Central Virginia are rallying around a young woman seriously injured in a freak accident in Dinwiddie County.

Katy Daniel is facing years of surgeries after a farming accident tore her scalp from her head on Mother’s Day.

In the days following the 20-year-old’s ponytail becoming snagged in a piece of equipment, the #KatyStrong hashtag is lighting up social media.

"Everybody's got to have their head up right now,” Kyle Daniel said. “That way Katy will have her head up. She can't see us down, she might get down."

"It’s just like, mind blowing how many people are there supporting her,” Taylor Daniel, Katy’s twin sister, said. "She's the sweetheart."

Kyle Daniel said his sister has a “very long road and tough road” ahead.

“There will be many, many procedures, but she's going to be alright. She’s strong. She’s Katy strong,” Daniel said.

In addition to the numerous social media posts, community members are rallying by selling t-shirts and holding events to support the family.

Rebecca Cairns, who worked with Katy, is planning a fundraiser at the Fatz BBQ & Grill in June.

She described her friend as very outgoing and funny.

"Well we ordered 50 and they're all sold out,” Newsom said.

Along with the t-shirts, 1,000 #KatyStrong wrist bands are also on order.

And in the four days since the accident, softball, fishing and corn hole tournaments are being planned. There is also a concert in the works. And a fund to help pay for Kathy's medical bills had raised nearly $12,000 as of Thursday at 9 p.m.

All of the money raised from the various initiatives will help pay for the years of surgeries and treatments Katy must endure.

But while the donations are welcome, the family said they are not their main priority.

"It's not about giving anything,” Kyle Daniel, Katy's brother, said. “It’s all about saying a prayer. Prayer is stronger than anything you can give."

Kathy and her horse.

Katy was putting in a fence for her horse when the accident happened.

A local contractor and some friends will return to the accident scene to complete the project Saturday. 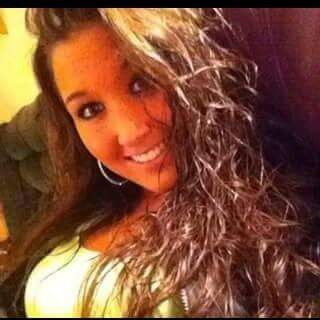