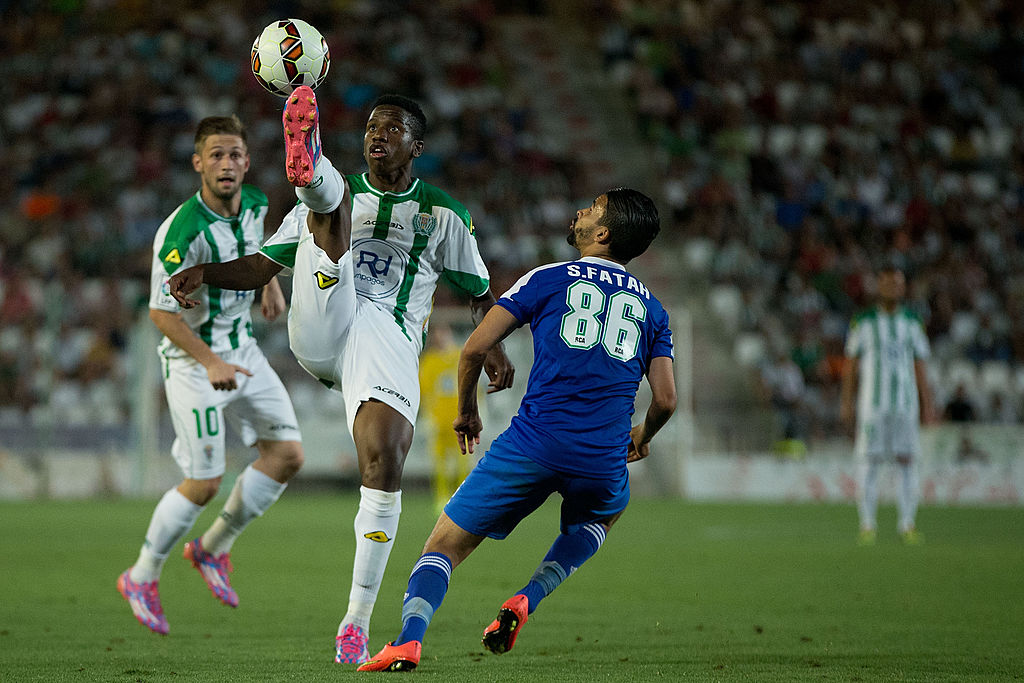 Professional soccer player Patrick Ekeng died after collapsing on the field during a televised game in Romania.

Ekeng, a 26-year-old midfielder from Cameroon, played for Dinamo Bucharest. His team was playing Viitorul in Bucharest on Friday when he collapsed.

Ekeng fell during the 69th minute of the game and was rushed to hospital, where he was declared dead, local media reported.

The Cameroon Football Federation shared the news on social media.

Prior to Dinamo Bucharest, he played for Spanish football club Cordoba.

“There are no words to express our grief at the death of Patrick Ekeng,” Cordoba tweeted. “Mourn your loss, friend.”

Ekeng is not the first international Cameroon sports star to collapse on the pitch.

In 2003, soccer player Marc-Vivien Foe died from a cardiac arrest during a Confederations Cup semifinal in France.