Would you want your kids eating this at school? 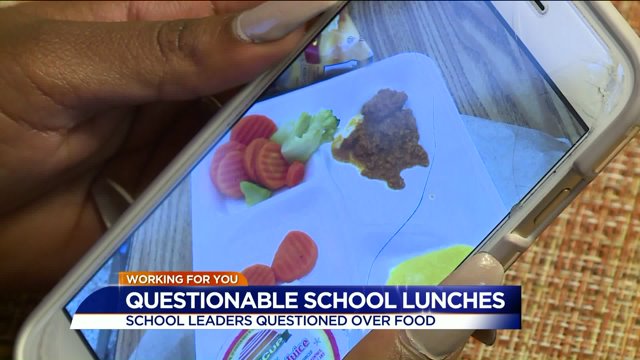 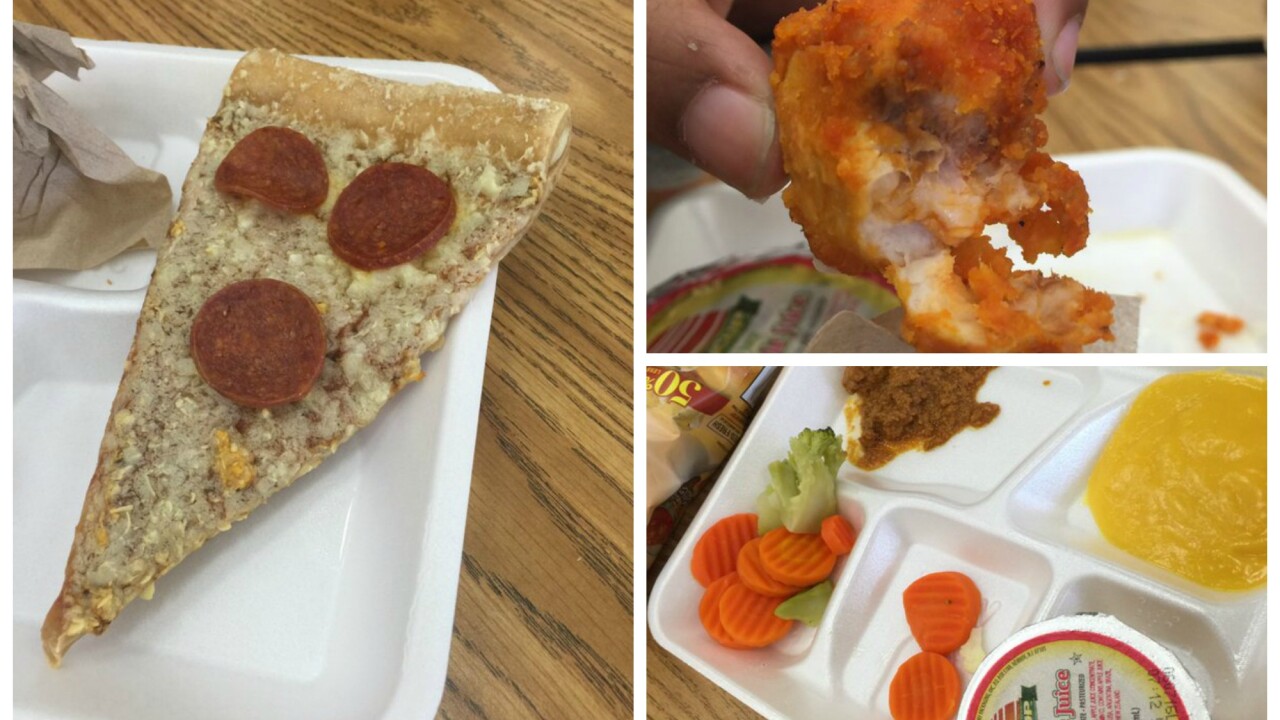 Amyre Qualls took photos of pizza that looks like cardboard, spicy chicken balls with something gray in the middle, and a serving of taco meat that could be eaten in one bite, and posted them on Twitter. She even tagged President Obama and the First Lady in the tweet to ask for help.

She said all the photos were taken in the school cafeteria at Prince George High School and show food that is being served to students.

“Oatmeal, toenail clippings, cauliflower,” Qualls said. That’s what people told her the pizza looked like it was made with.

Qualls and her friend Ciguornay Parham-Bright said enough was enough, they are fed up with what was being served in the school cafeteria.

“Somebody has to say something,” Qualls said.

“If this is their only meal, and they’re not being fed well, that means they could be starving throughout the week,” Parham-Bright said about students who rely on free and reduced price lunches.

Qualls post quickly made the rounds with more than 200,000 people seeing it, including school leaders.

“Would you want to eat that?” CBS 6 reporter Melissa Hipolit asked School Board Chairman Kevin Foster.

“At this point, it doesn’t look very appetizing, and that is why we’re addressing this as quickly as we can,” Foster said.

Foster said the Food Services Coordinator told the board at a meeting Wednesday that their food vendor substituted the regular pizza with a protein-based pizza without the school’s knowledge.

“That has been addressed with the vendor, and they will not be substituting any items,” Foster said.

Foster said the Food Services Coordinator assured the board the chicken was cooked, and he couldn’t confirm that the students received such a small portion of taco meat.

However, he said the board is taking the students’ concerns seriously.

“If the food is not appealing to the eye, or not tasteful, we want our children to come forward and tell us that,” Foster said.

And that’s exactly what Qualls and Parham-Bright are doing, although they said the food never should have been served in the first place.

“For them to openly give it to us and say 'this is what you should have for lunch' it’s not OK,” Qualls said.

The girls said they enjoy the school’s french fries and lasagna.