HENRICO COUNTY, Va. — For the first time, a group of Virginia students were part of a team that scored the top prize in the FIRST Robotics Competition Championship.

The Deep Run High School robotics squad, “FRC 1086 1086 Blue Cheese,” joined up with three other teams from high schools across the county in the contest in St. Louis last weekend.

Matt Wilson, the team’s coach and a physics teacher at Deep Run, said the win was extra special since this is the last year just one team will win. Next year, two winning teams at different sites will be named.

“Students with varied interest, abilities and backgrounds collaborated to make this an incredible season,” Matt Wilson, a Deep Run physics teacher and the team coach, said. “Our team is nearly 40 percent female and includes students from both inside and outside Deep Run’s Center for Information Technology.

The annual competition, which this year featured 600 teams representing 24 countries, combines sports excitement with the rigors of science and technology.

Each year organizers create a new challenge for the more than 3,000 student teams from around the world that create robots to compete in head-to-head competitions. 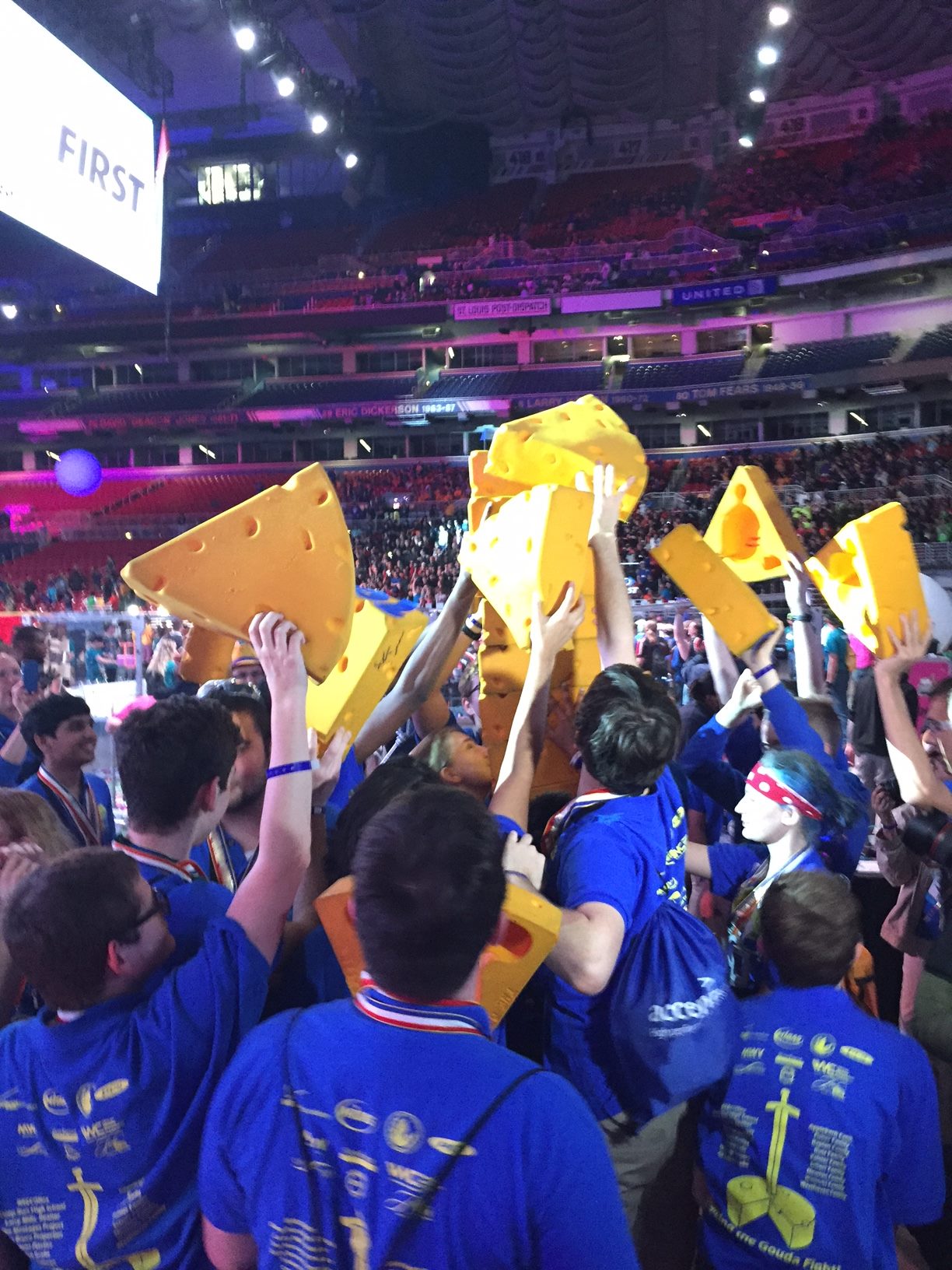