TAPPAHANNOCK, Va. -- On February 24, 2016, tornadoes ripped throughout the state of Virginia, destroying homes in Essex, Sussex, and Appomattox counties.

Families like the Mercers, of Tappahannock, are still recovering after losing their home, and most of their possessions.

Over the past couple of months the Mercer family has been displaced to a friend's house.

CBS 6 reporter Shelby Brown paid the family a visit, and brought a few gifts, with help from our friends at Union Bank and Trust as a part of CBS 6 Gives. 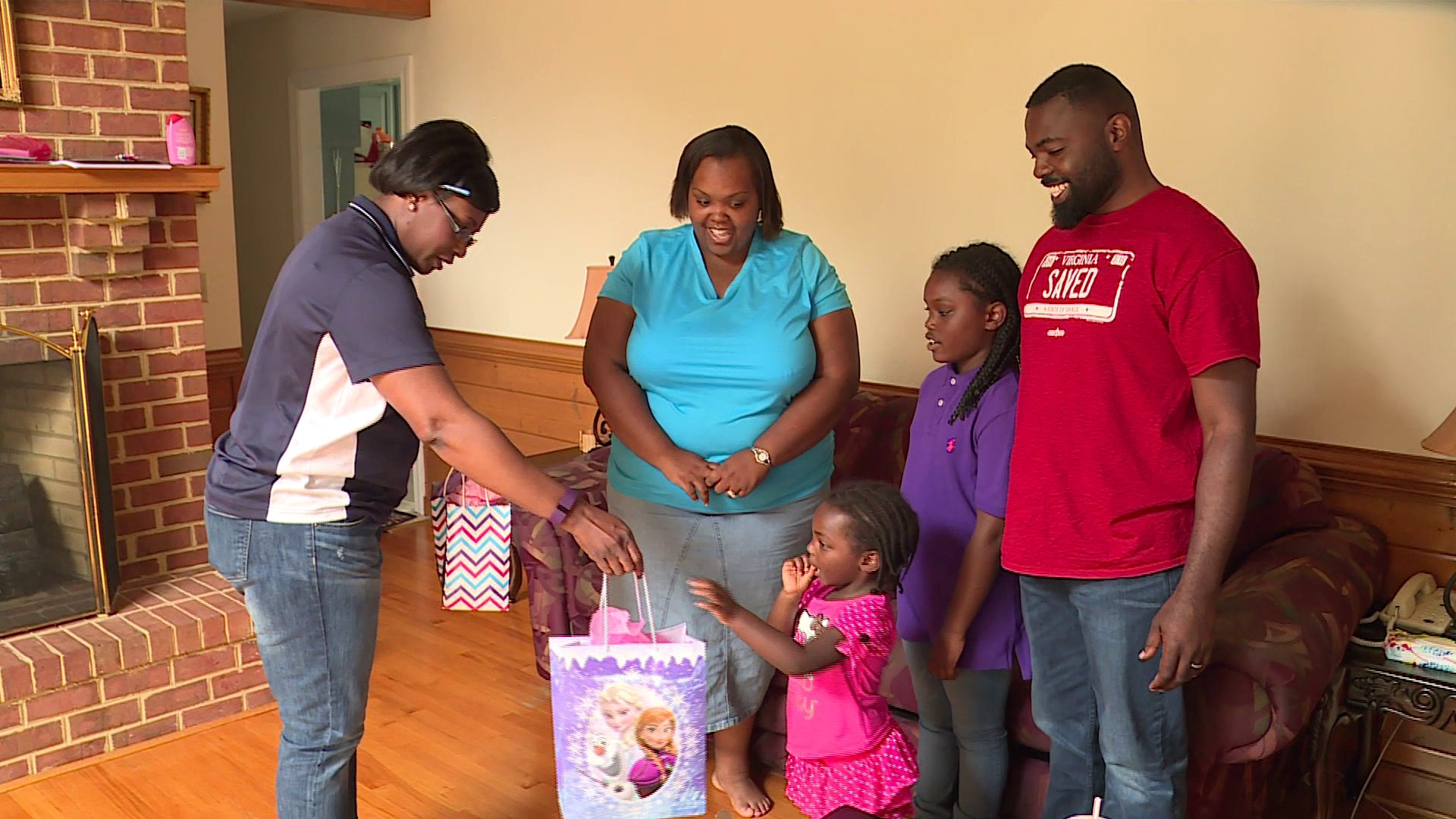 “We wanted to stop and let you know. Weeks have passed since the storm, but you haven’t been forgotten. People have been thinking of you and praying for you,” Shelby told the Mercer family.

The gifts included a date night to a local restaurant for Jonathan and LaTasha Mercer, with babysitting provided by Shelby Brown herself.

As for the couple’s daughters, Jaylah and Jazmin, we gave them gift cards so they can replace some of the clothes and toys they lost during the storm.

The Mercers said they are anxious to rebuild their home, which they bought as a wedding gift to themselves 16 years ago, but they said it's going to cost them more than the insurance company will provide.

If you'd like to help, the Mercer family has setup a GoFundMe page for donations to go towards a new home.