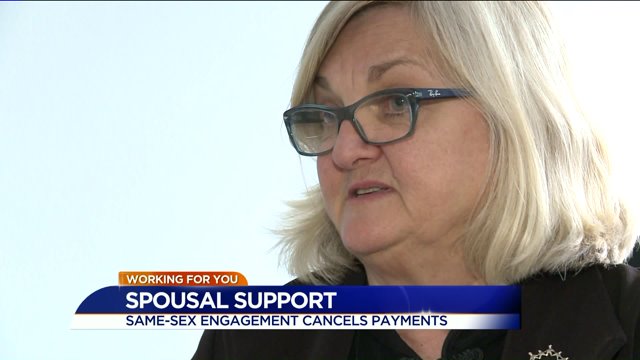 FAIRFAX COUNTY, Va. -- In October 2014, same-sex marriage became legally recognized in Virginia, giving gay couples the same rights and responsibilities as heterosexual couples when it came to marriage. The American Civil Liberties Union of Virginia, while champions of gay rights, said the law must be applied equally, even in cases of dissolving a marriage.

The ACLU of Virginia is applauding a decision by the Virginia Supreme Court on Monday to rule in favor of a Fairfax County man who sought to stop paying spousal support after learning his former wife was living with and engaged to another woman.

Claire Gastanaga, executive director of the Virginia chapter of the ACLU, which represented the man, called the ruling fair.

“The former wife wanted to keep the spousal support and argued that the statute didn’t apply to her because she was in a same-sex relationship,” Gastanaga said. “We argued that that didn’t make any difference, that with changes in the law, marriage is marriage.”

Monday’s decision reversed two rulings by lower courts in this case.  Both a Fairfax County court and the Virginia Court of Appeals ruled that the man must continue to pay spousal support because the right for same-sex couples to marry had little to do with the issue of spousal support or co-habitation.

The Virginia Supreme Court ruled that gay couples can be legally considered to have a relationship analogous to marriage if they’ve been in one for a year.

The impact of Monday’s ruling could be far reaching for couples across the Commonwealth.