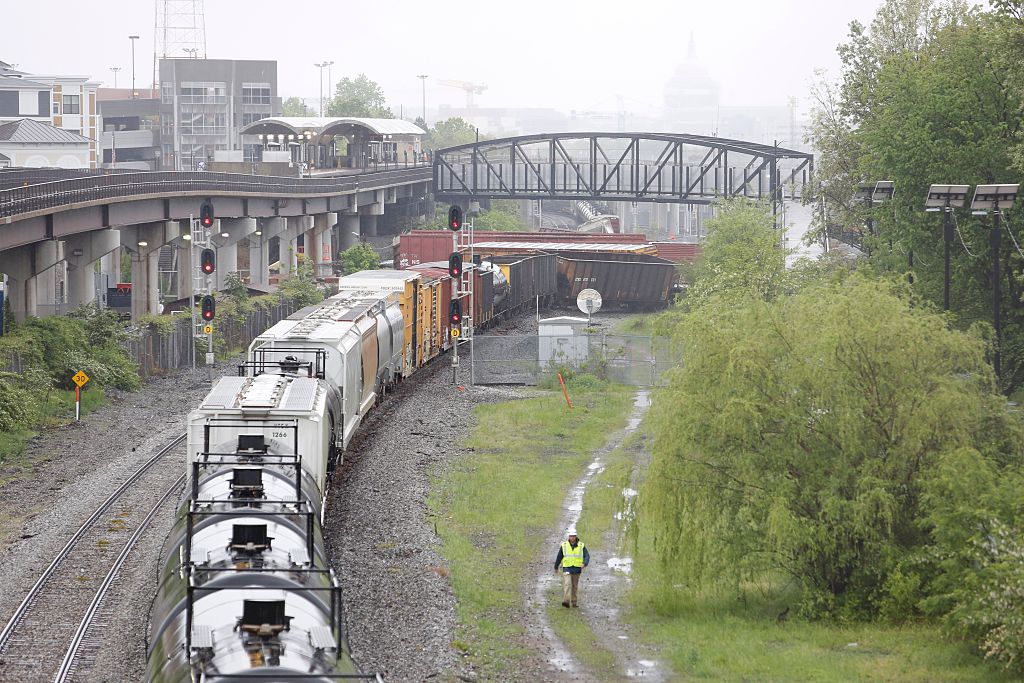 Hours after a chemical leak that followed train derailment in the nation’s capital, officials say cleanup efforts are ongoing.

A CSX train derailed about 6:40 a.m. in Washington and leaked sodium hydroxide, according to Doug Buchanan, a D.C. fire department spokesman. He said there is “no danger to the community due to this derailment” and blasted some media reports that suggested otherwise.

The material is not combustible but when it comes into contact with moisture or water, it can generate sufficient heat to ignite combustible substances, according to the Centers for Disease Control and Prevention.

Cleanup and recovery efforts were ongoing as of 10 p.m. ET Sunday and expected to continue through the night, according to CSX spokeswoman Kristin Seay.

The train derailed near the Rhode Island Avenue metro station. The major thoroughfare in D.C. was shut down for hours.

The leak was contained by around noon, Buchanan said.

Nine to 10 cars derailed, Buchanan said. Workers, including those who specialize in hazardous materials, were at the site. The Federal Railroad Administration is leading an investigation into the derailment.

The train was traveling from Cumberland, Maryland, to Hamlet, North Carolina. It carried 175 cars, 94 of them loaded with mixed freight, CXS spokeswoman Kristin Seay said.

One car contained sodium hydroxide, which is used to make household products such as paper and soap.