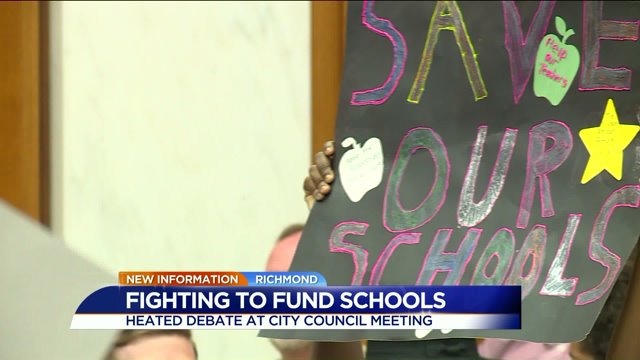 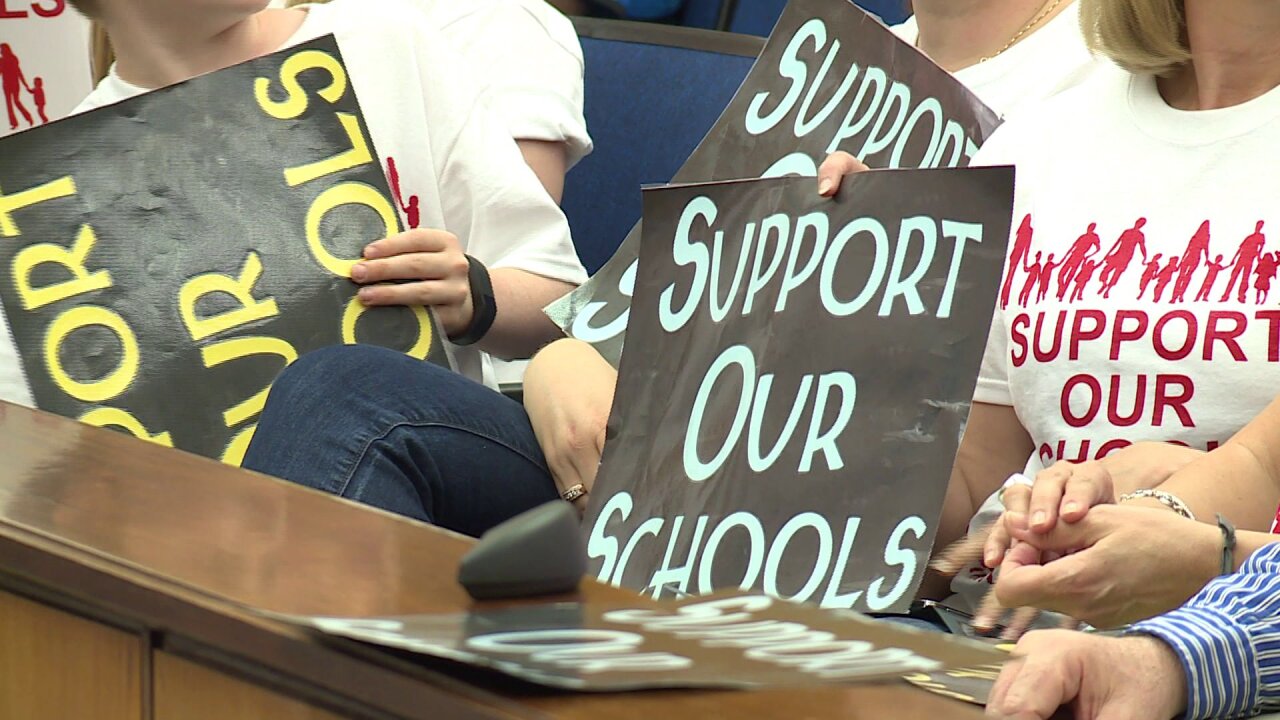 The board also proposed merging three specialty schools in an effort to shrink the school district’s $18 million budget gap.

In March, Mayor Dwight Jones presented a budget that only included $5 million of the $18 million requested to fix aging buildings and address safety concerns.  School board members say unless the city council can allocate additional funding in this year’s proposed budget, closing schools may be unavoidable.

“All my money is going to taxes, taxes, taxes,” cried one emotional parent. “You mean to tell me you can’t keep the schools open!”

While council members assured the overflow crowd that they were mulling over the budget to find additional funding, they say allocating an additional $18 million would be unrealistic.

“The money is not hidden somewhere. We’re going to try and cut every bit of waste out of this budget,” said council member Chris Hilbert.

However, Hilbert and Council President Michelle Mosby both expressed concern over spending by school board members.  Mosby said additional funding allocated last year for the school district, was not used for intended purposes.  She said plans to demolish Elkhardt Middle School, for example, were never carried out.

School board member Kim Gray, who holds the 2nd district seat, defended the board’s spending. She argued that additional funds last year were for capital improvement projects, not the operating budget.

She said dilapidated school facilities led to several emergency expenditures that the board hadn’t planned for in the fiscal budget.

“You can look at our spending and look at our check register and see where every dime has gone,” Gray said. “We’re putting more money in the classroom than ever.”

Gray said school board members have met twice with city council members for budget discussions.  She hoped a more public discussion between the two groups could take place in the coming weeks.

Richmond Mayor Dwight Jones met with council members, along with school and city leaders, Monday to discuss ways to generate sustainable revenue to avoid budget shortfalls in the future.

Though nothing concrete came from the talks, the mayor and school superintendent agreed that the conversations are a step in the right direction for Richmond Public Schools.