Why are there so many street murals in the Fan, but not Church Hill?

RICHMOND, Va. --  You’ve probably noticed a big increase of murals across the city of Richmond over the last few years. While murals are prevalent throughout areas like the Fan, other city neighborhoods are less likely to have the artwork.

Hamilton Glass spends his days, and nights, outside painting murals throughout Richmond. Glass is one of many artists whose murals can been seen around Richmond.

"It’s very inspiring," Glass said about Richmond's murals. "They’re larger than life. They are something that can change your day just walking through your community."

Murals are prominent along Cary Street and Main Street in the Fan, across the side of businesses, on vacant buildings, and even private homes in residential neighborhoods. A lot of people love the art, and said the streets of Richmond look like an art museum filled with works of art to be shown off to visitors.

"I think it adds a  lot of character to the town," Elizabeth Toutain said. 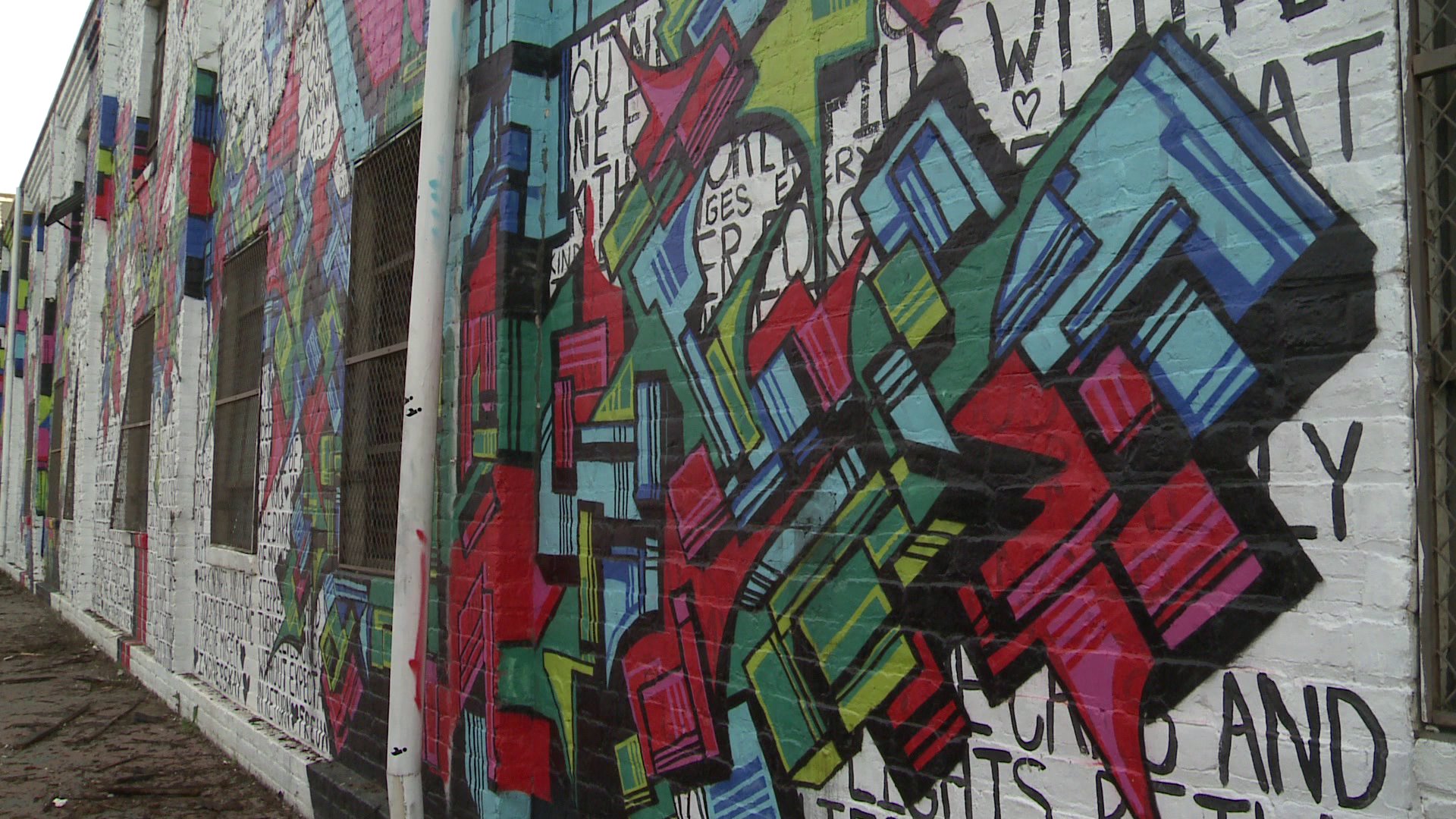 “I would want to, if my parents came to visit, want to show them around, show them all the murals," Alison Trombley said.

But others, like retired architectural historian Calder Loth, said the art diminishes the character of the beautiful historic homes in the city.

“I frankly think the murals are making a joke out of the architecture. It’s not a way to treat historic buildings and historic architecture,” Loth said.

There are 15 designated historic districts in Richmond.

Among them are Monument Avenue, North Church Hill, and Jackson Ward.

In those areas, you’re much less likely to see a mural because they require approval from the Commission of Architectural Review.

But, the Fan District is not among those historic districts, which means property owners are free to commission the murals without asking for permission, which is disappointing to Loth.

“We tried very hard to stop graffiti in the Fan District, and I sense these murals give a signal to the graffiti vandals that it’s okay to leave your mark on buildings,” Loth said.

Yet, they’re a boon for those who make their livelihood by leaving their artistic mark in Richmond.

“It’s not something that needs to go up on every wall, but who am I to say what wall it goes up on it,” Glass said.

The upcoming President of the Fan District Association said they have no plans to restrict murals from the neighborhood.