‘I lost a piece of my heart’: says friend of Lee Davis teen in fatal car wreck

HANOVER COUNTY,  Va. -- A shattered cell phone and growing memorial marks the spot on Cold Harbor Road where two young lives were lost and four others were injured Saturday night.

“I had to tell his mom that he passed away,” said Nathan Johnson, best friend and teammate to Dylan Ballard, who died the crash.

“I broke down in the middle of the hospital, I was screaming and punching things,” Johnson said,”it`s like I lost a piece of my heart.”

Hours earlier the Lee Davis High School senior and football star, number 28,  was splashing around with friends after a day at the racetrack.

One of those friends was Elliott Hinton; a Lee Davis graduate and Radford University student who would have celebrated his 23rd birthday this week. Instead, his family will bury him and tend to his brother Patrick, who was critically injured in the accident.

Morgan Simmons wept  along with hundreds of other Lee Davis students.

She was supposed to spend this week shopping for a tuxedo for Ballard.

Morgan Simmons was supposed to go to prom with Dylan Ballard

He just asked his 'princess' to go to prom with him.

‘He was holding a sign that said every prince needs a princess and I said ‘yeah I’d love to go to prom with you,” Simmons recounted. “I showed him my dress and he said ‘it`s royal blue my favorite color.’”

“I know he was loved by so many people,” said Jenna Whitt, a Lee Davis senior.

On Sunday the Lee Davis community filled the football stadium, to pray for Ballard and Hinton.

Nathan Johnson and his sister, who screenprinted stickers and t-shirts to raise money for the Ballard family.

Johnson, Ballard’s best friend, is selling stickers and t-shirts to raise money for Ballard’s funeral. His sister did all of the screenprinting. All proceeds go to the Ballard family.

A GoFundMe has been created for Ballard’s expenses, as well. 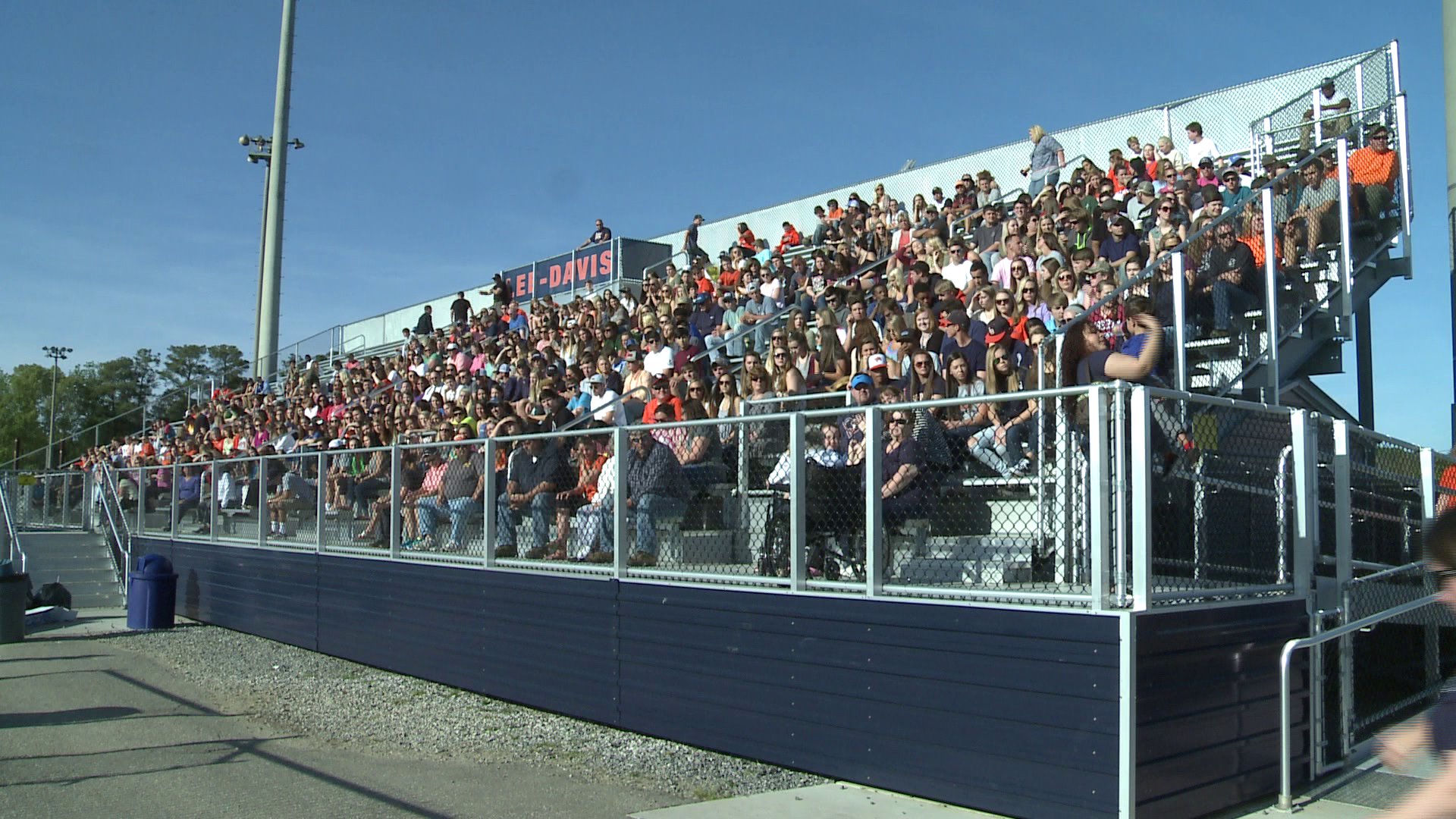