SUSSEX COUNTY, Va. -- A tanker crashed and spilled some of its contents after it left the Atlanta Waste landfill in Sussex County Friday morning.

The tanker driver was pinned in the wreckage. He was eventually rescued and flown to VCU Medical Center for treatment. His condition has not yet been released.

The crash happened on Route 602, about two miles from the landfill and one mile from Route 460. 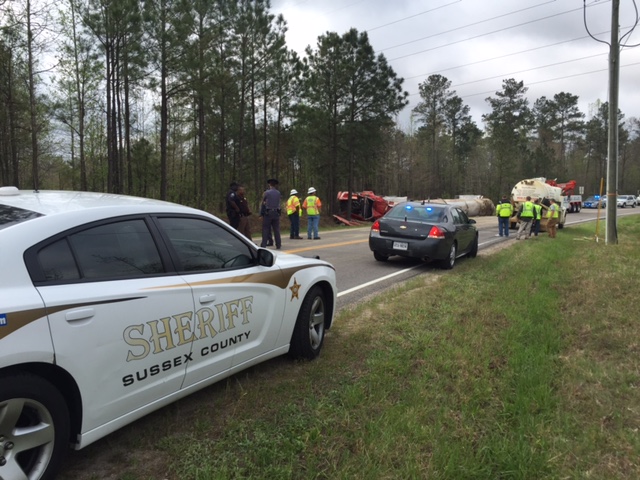 The tanker was hauling about 6,000 gallons of leachate from the landfill. It was unknown just how much of the liquid had spilled.

"Landfill leachate is defined as all water that has been in contact with waste stored in a landfill," according to DAS Environmental. "It arises primarily as rainwater seeps through the landfill body, but also from the moisture inherent to the waste itself."

Tankers make dozens of trips a day, 4,000 trips a month, removing leachate from the landfill.

The hauling operation began in November.

Route 602 will be closed for several hours as crews clear the wreckage and dig up the soil where the leachate spilled.