CHESTERFIELD COUNTY, Va. -- Ella the house cat snuck out of her Chesterfield County home and wound up running into an elm tree, nine days ago.

No one would come save her cat, said Jessica White, a single mom who couldn't afford a tall tree service bill.

Not animal control. Not the fire department. "They said, 'We don't come out for cats in trees," White said.

But Swamp Man does.

He's been climbing trees practically since he could walk, and making a living at it since he was 19.

Brian Carr lives in a log cabin where the Black Water and Warwick swamps merge in Sussex County.

He's also a huge animal lover, which is why cat rescues are free.

RELATED: ‘Swamp Man’ to the rescue again – before the storm 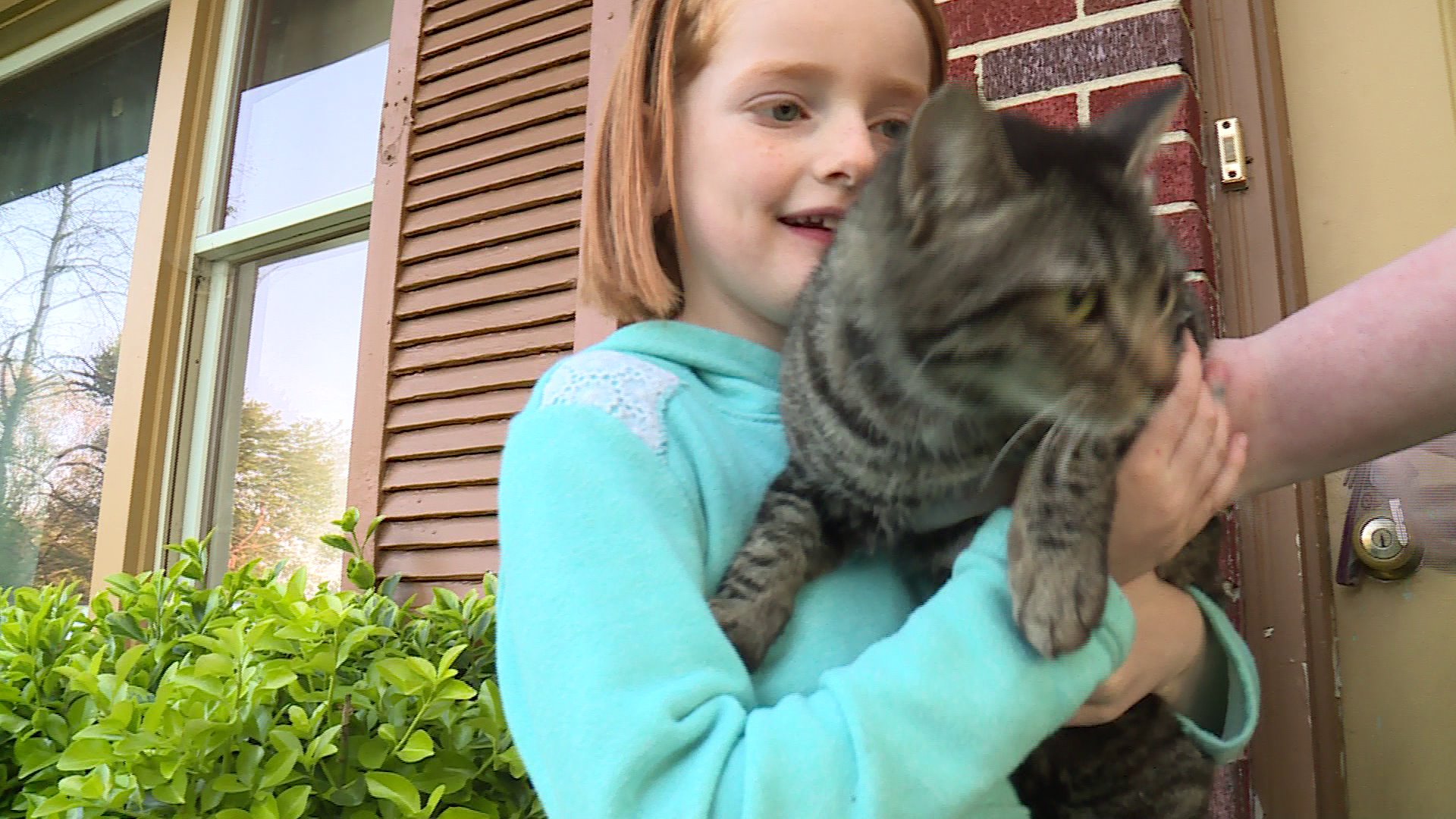 His only reward, smiles and a safe cat.

Check out his latest rescue on Fieldstone Road Wednesday afternoon.

While many people say cats always come down eventually, Swamp Man believes they can get hurt or worse if they stay up too long.

He'd rather have a climb.

"That was an easy one," he said after Ella was reunited with her family. "The hardest part was the drive up here. That was the most dangerous part."