RICHMOND, Va. -- A 43-year-old Chesterfield man  is dead after his Ford SUV, traveling southbound on Chamberlayne Ave., jumped the media and slammed into the side wall of a business in the 2000 block of Chamberlayne Ave. Police said the driver, Richard T. Cunningham, 43, of the 5200 of Castlewood Road in Chesterfield County, was pronounced dead at the scene.

Witnesses said Cunningham was traveling at a high rate of speed when the vehicle slammed into the side wall of the Able Glass Services shop, located at 2007 Chamberlayne Ave. 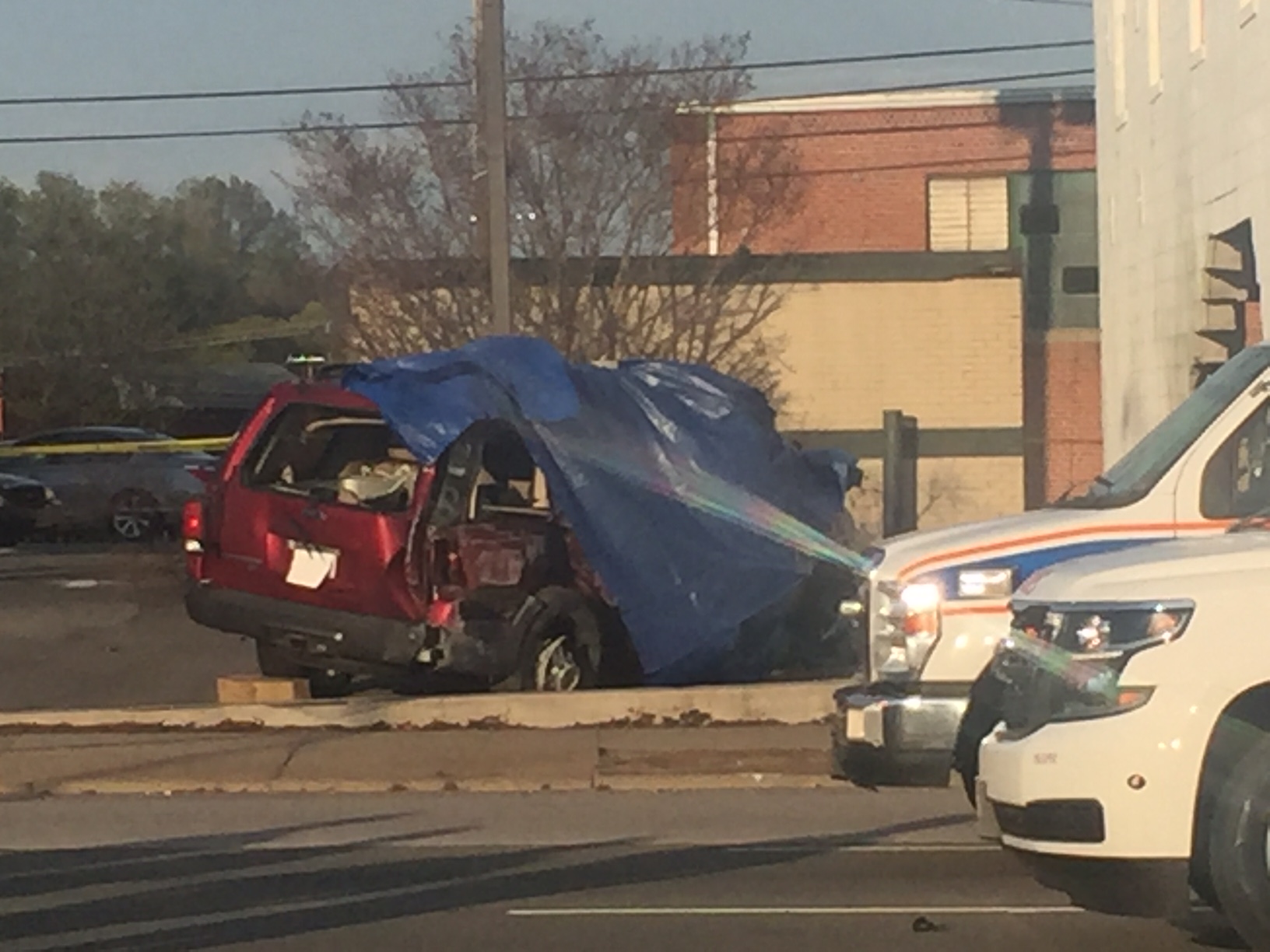 Police  shut down the north and southbound lanes through the 2000-2200 block of Chamberlayne Ave.  to investigate the crash. Drivers were asked to use a different route as the investigation continued for two hours.

A Richmond Fire Department crew removed the vehicle from the building due to structural concerns, then stabilized the damaged wall. No one was inside the building at the time of the crash.

"I heard squealing tires and a huge crash.”

Several witnesses said an SUV was on two wheels as it hit the median, jumped the sidewalk and slammed into the Northside business.

"I heard squealing tires and a huge crash,” said Mark Morgan, who was counting his blessings as he was inside that business, finishing up paperwork when the SUV slammed into it.

Morgan says he then saw guys from the auto dealership across the street running to help the driver, but it was already too late: police say the driver of the SUV, died on scene.

"I saw the huge hole and the airbags deployed," said Morgan.

"We are encouraging the community if they saw anything to come forward and tell us what they saw,” said Capt. Emmett Williams. "They'll determine speeds when it was traveling."

Witnesses said the SUV was traveling south on Chamberlayne and when it passed the police precinct; it hit the curb and swerved, at times on two wheels.

RPD's crash team took measurements of skid marks and other evidence-trying to figure out why the SUV took a deadly detour.

He describes the incident as a close call. "I was just parked there and pulled out just a minute or two before," said Lawson.

He said his thoughts Tuesday night were with the family of the driver. "My heart goes out to them."

A Richmond structural engineer was on scene, because there is significant damage to the side wall of the business. The owner said it's storage up top and they rarely use it.