HENRICO COUNTY, Va. -- A Henrico County family received a big surprise on their front door Tuesday, when Henrico Police returned their dog, Lulu, who went missing from their backyard on April 1. It turns out, the social media app, Snapchat played a key role in finding the dog.

Five-year-old Jalayah Corbin has three brothers, but one of them walks on four legs not two.

So when the six-month-old pit bull went missing on April Fool’s Day, Jalayah could not stop crying.

“We always miss him,” she said.

Jalayah’s mom, Yala Wright, said the family left Lulu in the backyard attached to a cord, while they hung out inside for a bit.

When they went back outside, the dog was gone, but the gate was closed.

“I was just hoping and praying it was an April Fool’s joke, but come to find out Lulu was gone,” Wright said.

Gone, but as it turns out, not forever.

On Tuesday, a Henrico Police Officer knocked on the family’s door with the beloved pet. 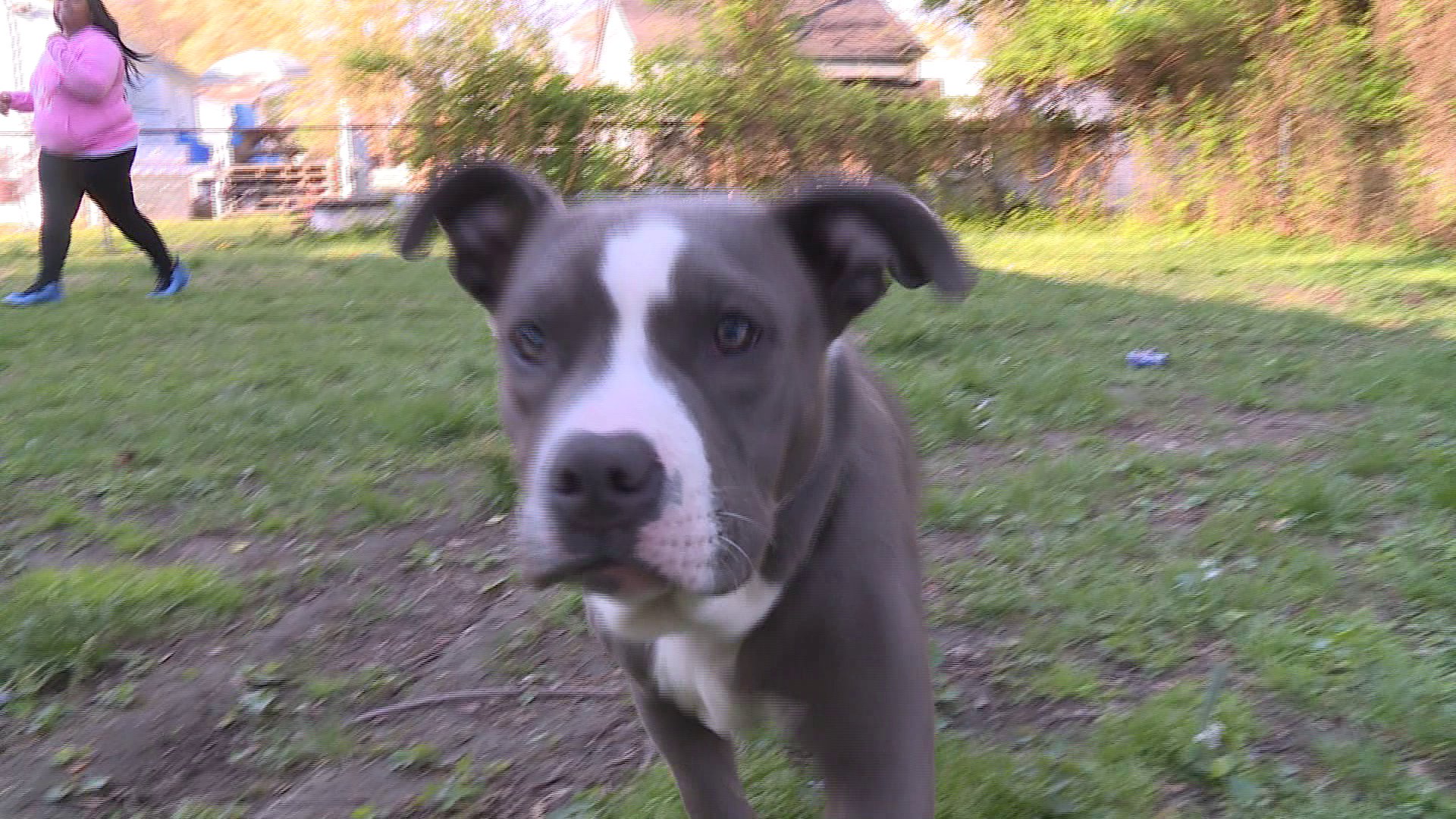 “When I saw him today I almost started crying because I was overwhelmed with joy and then the smiles on my kids faces means the most to me as being a mom,” Wright said.

Henrico Police said the social media app Snapchat helped them find the dog when a tipster saw the dog on Snapchat and contacted police.

“Who would really post a picture on Snapchat of a missing dog?” Wright asked.

Police said they found Lulu near his home, and they did not find any evidence to suggest anyone stole the dog.

Regardless, Wright said the family won’t be taking any more chances.

“He’s going to be outside only when me and the kids are outside,” Wright said.

Wright also said they will be having a microchip implanted into Lulu soon, so if he goes missing again and shows up in a shelter, the shelter will know who the dog belongs to.