Standing side by side and lighting a candle in his honor, fellow state troopers, friends and family paid tribute to Dermyer.

The fallen trooper was remembered for his love of family and dedication to others, including the children on his son's soccer team that he helped coach.

"He was a guy who was always happy," one the kids said.

Fellow troopers said Dermyer's absence has been strongly felt across the department. They called his slaying an act of evil.

"It's been a very slow week,” trooper Joe Napier said. “It's been very hard to take in and accept the fact that somebody with so much life as Chad could be gone in such an instant."

Dermyer died Thursday afternoon after he was shot multiple times at the Greyhound bus station in Richmond while participating in a field training operation.

Police said 34-year-old James Brown III of Illinois, who was passing through town, opened fire on the officer moments before being shot and killed by other state troopers.

Dermyer's death has sent shock waves through the community.

The 37-year-old was known as a dedicated husband and father and a law enforcement officer who had a way of uniting others.

"Chad is more alive today than he ever was through what he's done, and the person he personified,” Napier said. “Even now that he's resting, he can still bring people together."

Dermeyer is survived by his wife Michelle and two young children. 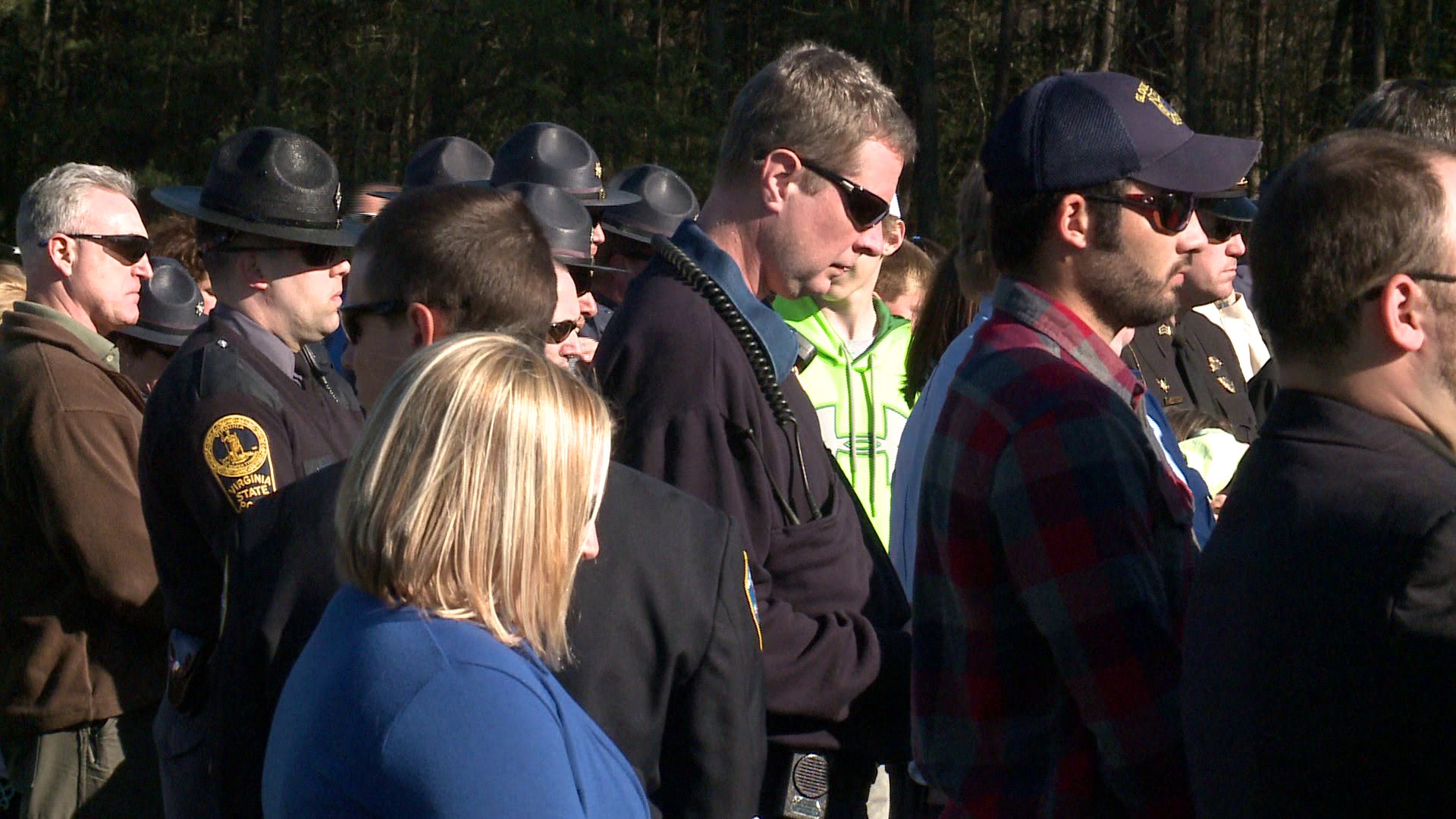 Additionally, a private graveside burial will take place after the service in Gloucester County.

Governor Terry McAuliffe ordered flags at the state Capitol in Richmond and Gloucester County lowered to half staff Tuesday to honor Dermyer.

The Virginia State Police Association is accepting donations for the Dermyer family. Checks should be addressed to VSPA Emergency Relief Fund and with Trooper Dermyer in the “memo” line. Donations can be mailed or dropped off at the VSPA at 6944 Forest Hill Avenue in Richmond, Virginia 23225. (While a GoFundMe account has also been created, officials pointed out that the crowdfunding website takes a portion of proceeds generated. By donating to the VSPA, all of your donation will go to the family.)

The event will take place at the Riverbound Cafe at 8005 Creighton Parkway in Mechanicsville on Thursday, April 7 from 7 a.m. to 9 p.m. (The restaurant is located in the Kroger shopping center off Mechanicsville Turnpike.)

The cafe will donate 15-20 percent of all sales to Trooper Dermyer's family. Additionally, a donation box out will be available for folks who would like to drop by to make a contribution.

"Bring your family, neighbors, and random people on the street and help us pack the tables to help support this family," a Facebook post reads.