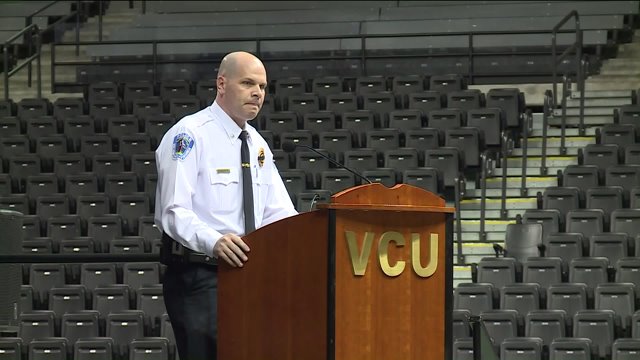 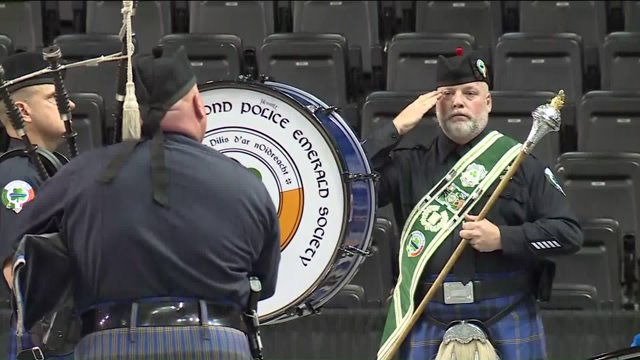 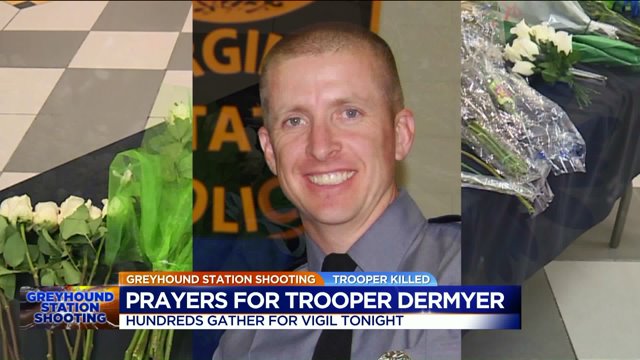 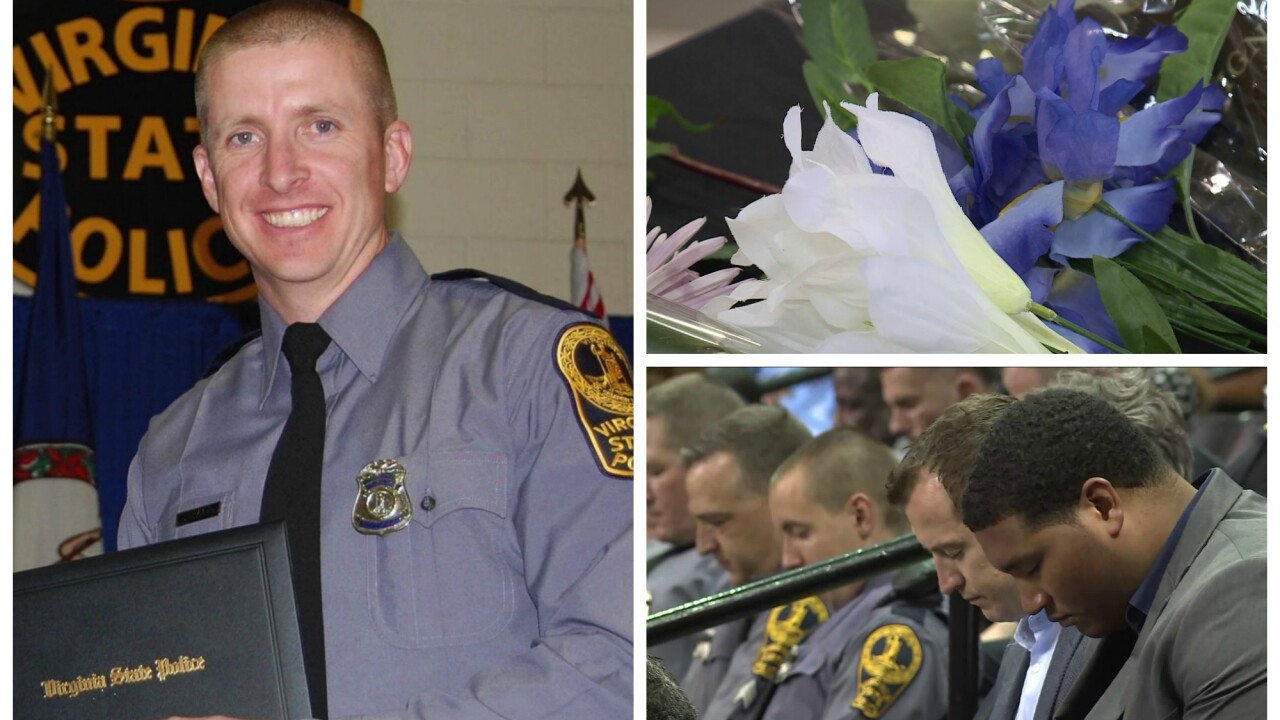 RICHMOND, Va. -- First responders from Chesterfield, Henrico, Richmond, and as far away as Illinois and Alabama, stood together in honor of their fallen comrade Virginia State Trooper Chad Dermyer.

Inside the VCU Siegel Center, which is typically full of excited fans wearing black and gold, was far different Friday night.

A sea of blue filled with arena with somber faces.

Dermyer was shot and killed in the line of duty Thursday after approaching a man during a training exercise at the Richmond Greyhound bus station. The shooting suspect, James Brown III, was then shot and killed by troopers nearby.

The group had emotional songs like Amazing Grace, joined hands in prayer, and listened to words of support for Trooper Dermyer’s family.

“It’s important for us to remember Chad's family,” a member of the Illinois State Police said.

Also in the audience were members of the larger Richmond community including a pastor from Petersburg.

“My heart is broken over what happened yesterday, the face of evil at work,” the pastor said.

And, a Richmond woman who knew Trooper Dermyer in Newport News.

“I’m a veteran myself so I understand what it’s like to put your life on the line,” the woman said.

A stirring tribute that Dermyer’s trooper classmate said means the world to him and others with the Virginia State Police.

“It means a lot seeing everyone show up and the things they say about him, good things about him, like I say he was a very, very good individual,” the Trooper Benjamin Canning said.

Chad Dermeyer is survived by his wife Michelle and two young children.