RICHMOND, Va. -- Witnesses say they encountered a wild scene at the Greyhound Bus Station in Richmond Thursday afternoon after a man opened fire on a State Trooper inside the terminal.

Witness Leigha Schillings tells CBS 6 reporter Melissa Hipolit she was inside the terminal at the time the shooting erupted around 2:45 p.m.

The Elmira, New York native said she was smoking a cigarette during a 10 minute break to get on another bus to South Carolina when she heard bangs.

“When I opened the door, I saw everyone on the ground screaming and people running around trying to get their stuff and get out the building,” she said. 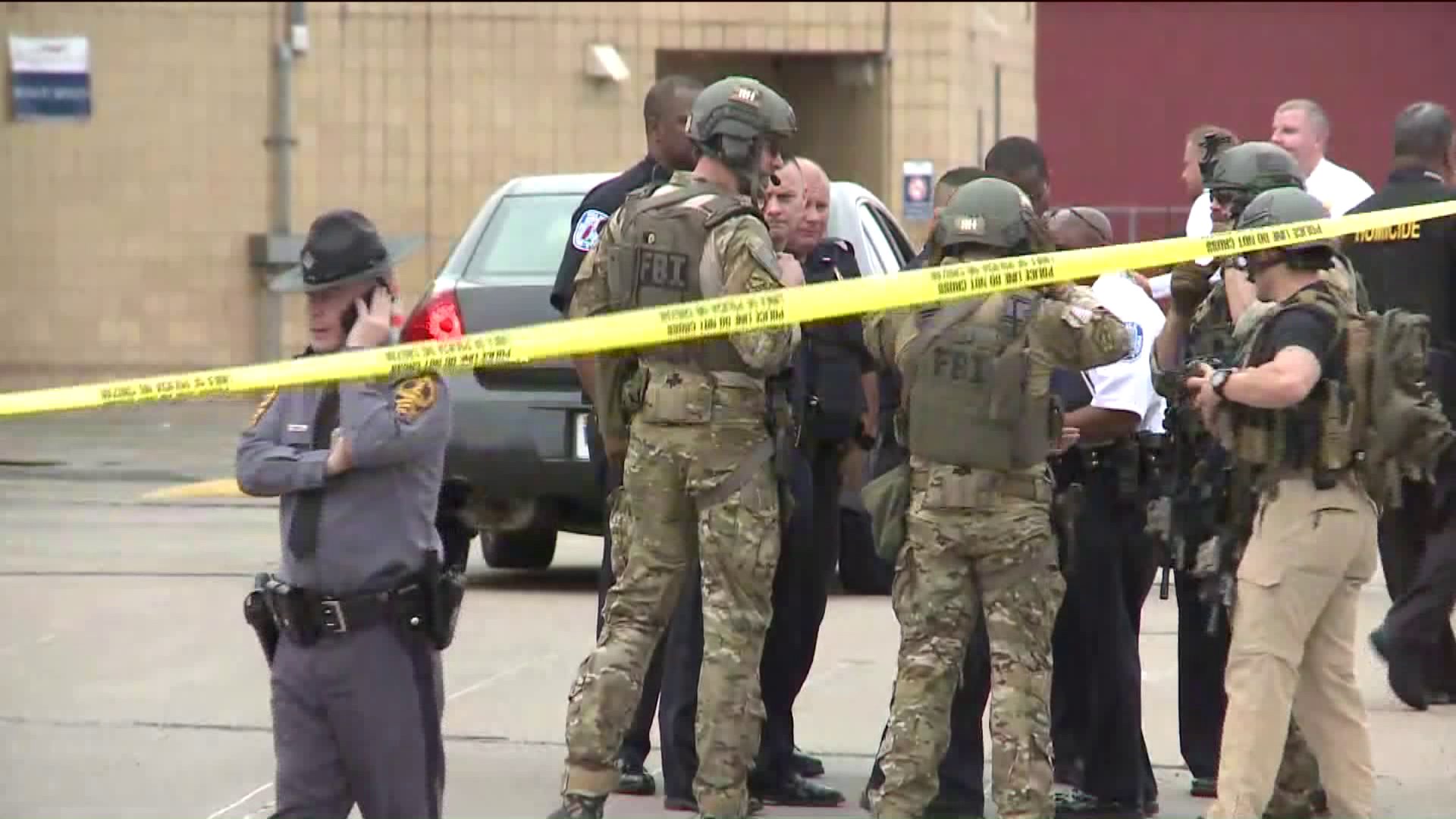 Schillings said she heard a few more bangs, when a security guard came up to her and told her to get on the ground as the chaotic scene unfolded.

“There was a lot of screaming and a lot of banging,” she said. “I didn’t really know what was going on, I just wanted to get out of there.”

Schillings said she didn't see any of the shooting victims, but did see some of the blood at the scene.

Another man tells CBS 6 reporter Jon Burkett, his decision to smoke a cigarette before he entered the bus station Thursday afternoon could have saved his life.

“As soon as I went over to touch the the door, I could see muzzle flashes inside.”

Some traveler commuting up and down the east coast are currently stranded at the bus station until further notice.

Greyhound has announced the bus station is closed until further notice as police continue to investigate the scene. Click here for updates. The company announced they will re-route customers as possible and will re-issue tickets once they resume service.

A total of four people were shot Thursday including two civilians who suffered non-life threatening injuries and the suspect, who was killed by police.

State Police spokeswoman Corinne Geller says the incident started around 2:45 p.m. after a State Trooper encountered a man in the station. While talking, the suspect pulled out a gun and shot the trooper multiple times.

Two nearby troopers on the scene returned fire. The male suspect, whose name is not being released at this time, was taken to the hospital where he later died.

WTVR CBS 6 News has multiple crews on the scene. Depend on WTVR.com and CBS 6 News for complete coverage of this developing story.