The first occurred at Hopkins Gun and Tackle, located at 8151 Mechanicsville Turnpike, where numerous handguns were stolen.

The second break-in occurred at Southern Police Equipment, located at 7609 Midlothian Turnpike, in North Chesterfield County. It was reported three suspects appeared to be trying to break into the building. When police arrived they found that a door had been damaged and the building had been entered, but nothing was taken. 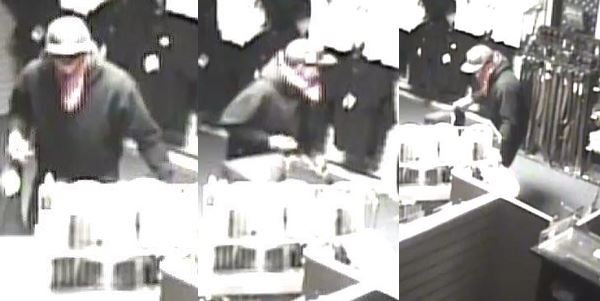 The owner of Cross Tactical Supply showed CBS 6 surveillance video of the suspects kicking in the front door, breaking glass, and taking gun accessories from the shop.

The three men used hammers to smash display cases, but the shop owner said no guns were in the cases, only gun accessories. Two of the men were wearing all black, while the third man was wearing grey pants, a black top, and a light colored backpack.

The suspects in the Southern Police Equipment break-in matches this description as well.

ATF is offering a reward in the amount of $2,500, which will be matched by the National Shooting Sports Foundation (NSSF), for a total reward of $5,000.

If the public has any information, please call either the Bureau of Alcohol, Tobacco, Firearms and Explosives confidential tip line at 1-888-283-8477, online at ATFTips@atf.gov, or contact the Hanover County Sheriff’s Office at 804-365-6140.