COLONIAL HEIGHTS, Va. — A man has been killed after a two-vehicle crash at the intersection of Ellerslie Ave & Bermuda Ave. in Colonial Heights, according to police sources. Police said the accident occurred around 6 p.m. when a black Madza sedan collided with a 2004 white pick-up truck.

A 60-year-old man, driving the Mazda, was transported to Southside Regional Medical Center where he died from life-threatening injuries. Police have not confirmed the man’s death at this time. 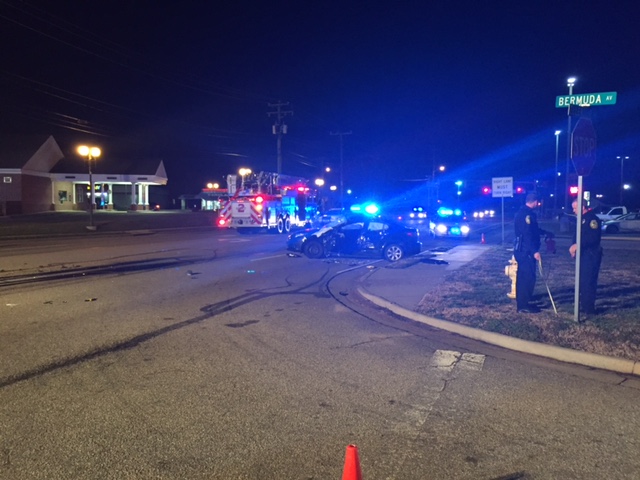 The driver of the pick-up truck, a 19-year-old man, was treated and released at the scene.

Ellerslie Ave. has been re-opened after being closed for a couple hours after the crash.